Articles
Ryan Smith is a credit cards writer at TPG and is on a mission to visit every country in the world. He lives in southern California.
Follow
April 21, 2022
•
6 min read 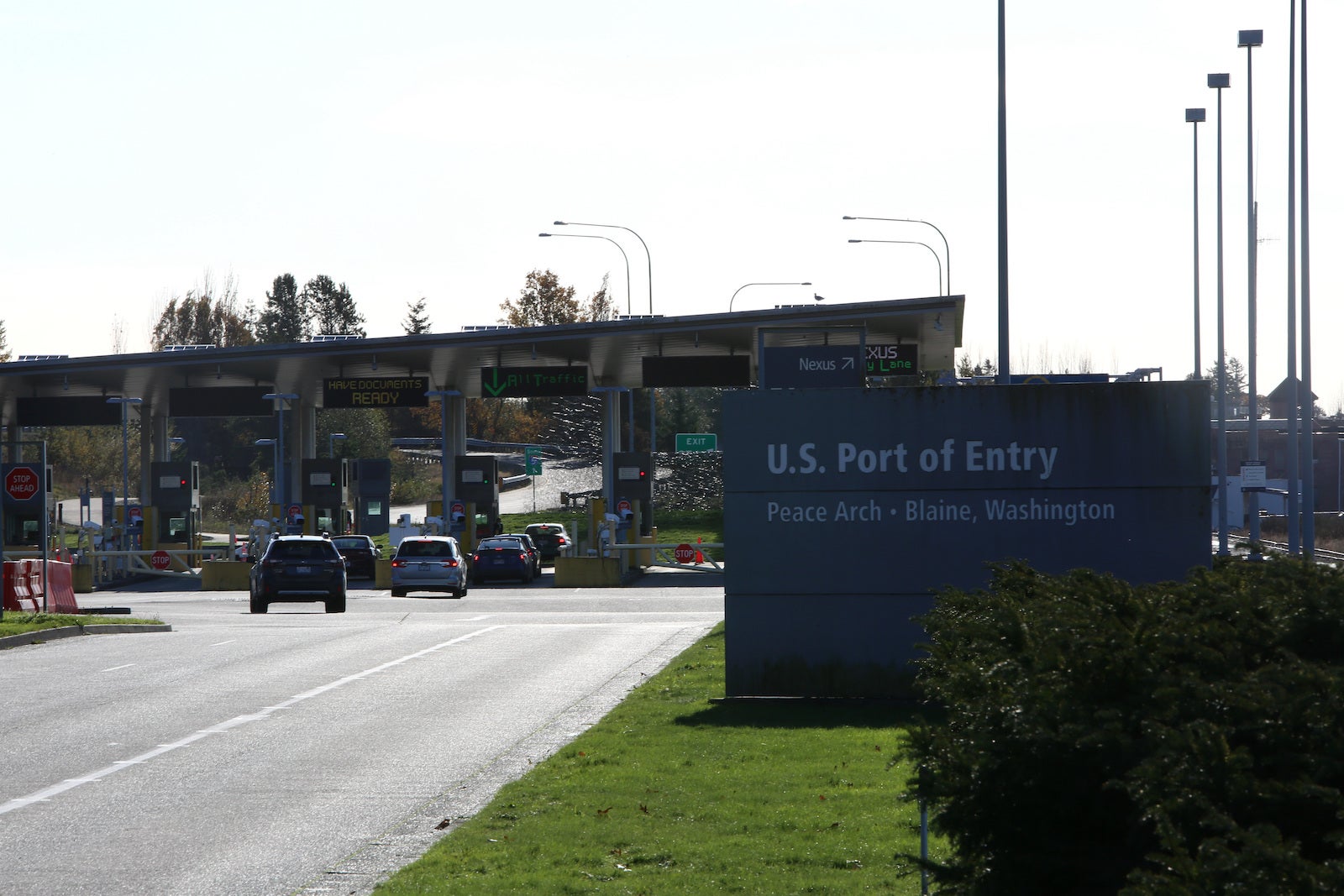 It may surprise you that a credit card in your wallet could help you breeze through airport security and border controls in more than one country. You're likely familiar with Global Entry and TSA PreCheck, but a lesser-known option called Nexus can provide expedited security benefits in both the U.S. and Canada.

The most interesting aspect is that enrollment in Nexus will not only provide TSA PreCheck benefits and expedited processing when you return to the U.S. from abroad, it also allows for expedited airport screening at multiple airports in Canada. And, if you aren't flying, having a Nexus card can speed up your border crossings when traveling by car or by boat.

The kicker? The Nexus application fee is much cheaper than Global Entry or TSA PreCheck, and several credit cards from Chase offer reimbursement for your application fee.

Unfortunately, interview locations aren't as widespread as with the other expedited screening programs, but for some travelers, it could still make sense.

Here's what you need to know about getting Nexus by leveraging your credit card.

What benefits do you get with Nexus?

With Nexus, you will enjoy expedited border crossing and airport security benefits in the U.S. and Canada. Here's a look at benefits you'll receive:

Thus, you get access to TSA PreCheck and Global Entry lanes in the U.S., plus benefits in Canadian airports and at the border with Canada.

Related: Another way to speed through security: Answers to your questions about Nexus

How to apply for Nexus

It might surprise you that Nexus offers the benefits of Global Entry ($100 application fee) and TSA PreCheck ($85 application fee) while charging just $50 to apply. While children under 18 do need their own Nexus cards, it is free to add minors to an adult's application. Thus, a family with two parents and two children would pay just $100 in application fees.

To apply, your first step is to complete this online application. After conditional approval, you'll need to schedule an interview.

Since Nexus is run jointly by U.S. Customs and Border Protection and the Canada Border Services Agency, all Nexus interview locations in the U.S. are located near the Canadian border. You can schedule your interview in Maine, Michigan, Minnesota, Montana, New York, North Dakota, Vermont and Washington state on the U.S. side of the border. There are enrollment centers located in some Canadian airports, if that is more convenient for you, but these locations are closed until further notice at this time.

If you're approved, you will receive your Nexus card and can begin using your Known Traveler Number to enjoy all of the perks outlined above.

Related: US Nexus enrollment centers reopen after 2 years, but Canadian ones remain closed

Nexus is open to the following applicants:

When Chase launched the Aeroplan Credit Card in late 2021, it became the first credit card in the U.S. to offer reimbursement for Nexus application fees. Since then, the list of cards with this benefit has grown. It now includes the following (all issued by Chase):

You can be reimbursed up to $100 in application fees every four years on these cards. Simply pay your application fee with the relevant card and you should receive a statement credit automatically.

Since the Nexus application is $50 and enrollment is valid for five years, you may have enough credits across your Chase cards to cover the application fee for yourself, family members and even some friends.

Getting through airport security quickly and with less effort makes the travel experience so much better. Numerous credit cards offer these perks, but Chase has upped its game by also covering Nexus application fees as a benefit on several of its credit cards.

Along with improving your airport experience, a Nexus membership can help with expedited crossings at the U.S.-Canada border by land and by sea. And given that the Nexus application fee is the cheapest, this might be your best bet for overall value, especially since children can be added to adults' applications for free — as long as you can find an enrollment center that works for you.

Featured image by Anadolu Agency via Getty Images
Editorial disclaimer: Opinions expressed here are the author’s alone, not those of any bank, credit card issuer, airline or hotel chain, and have not been reviewed, approved or otherwise endorsed by any of these entities.