Articles
Ethan Steinberg has been a frequent flier for as long as he can remember. He went from studying abroad in Paris to moving to Shanghai after graduating college, where he covered all things travel in the Asia-Pacific region for TPG.
May 06, 2021
•
11 min read 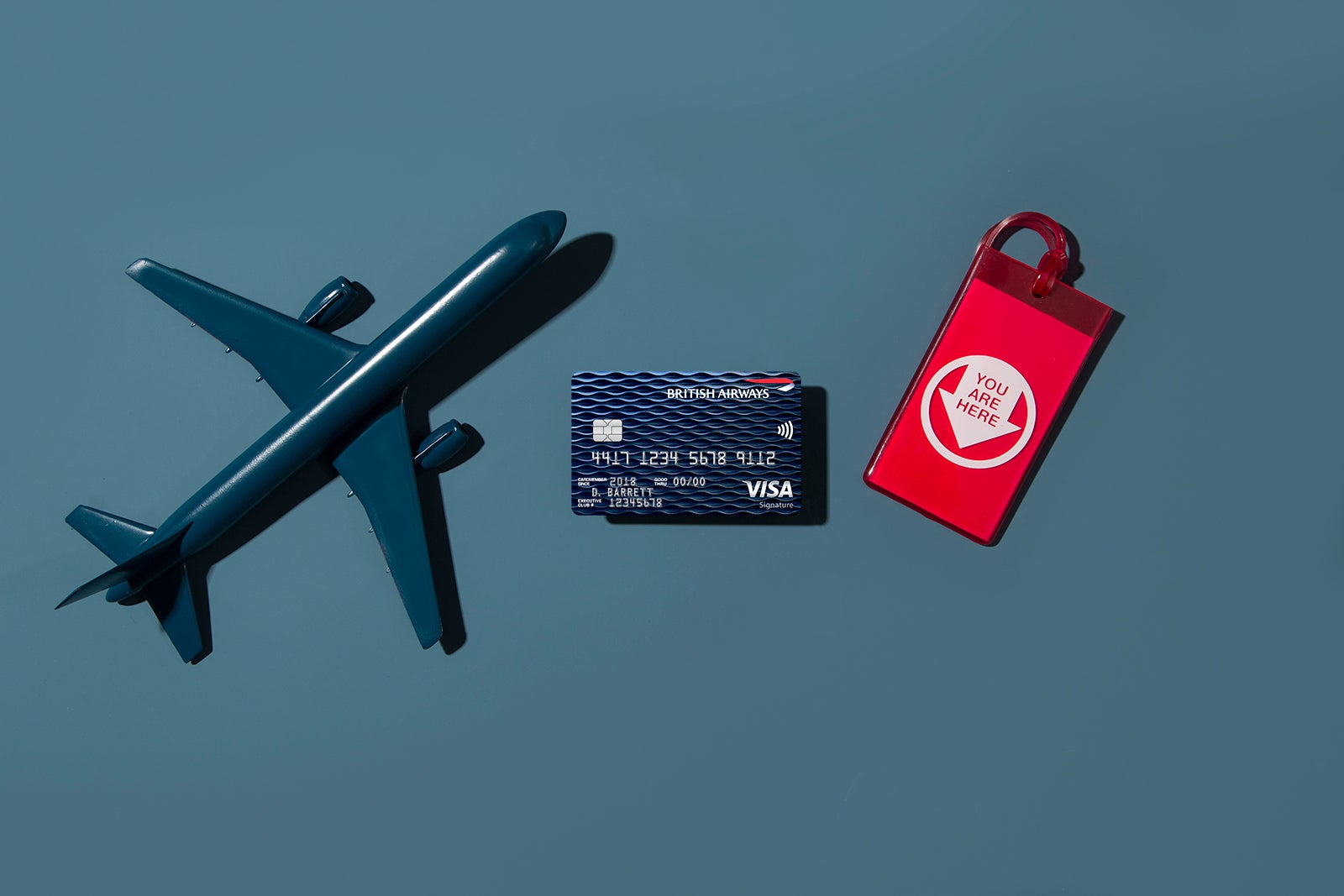 The British Airways Visa Signature Card might not be your top choice for using one of your valuable 5/24 slots with Chase, but if you're tired of paying hundreds of dollars in fuel surcharges on award flights to and from London, this is the closest thing to a solution you'll find. Card Rating*: ⭐⭐⭐

*Card Rating is based on the opinion of TPG's editors and is not influenced by the card issuer.

When it comes to premium-cabin awards flights between the U.S. and Europe, I'd previously written off the British Airways Avios loyalty program because of the egregiously high fuel surcharges tacked on by the airline. However, the British Airways Visa Signature Card offers a potential remedy -- statement credits against those taxes and fees.

There are some lucrative credit card options from foreign airlines that are often overlooked, and the British Airways Visa Signature Card — the only cobranded credit card that British Airways offers in the U.S. -- is among them. It has a $95 annual fee that isn't waived the first year, nor does it come with common airline benefits such as a free checked bag or priority boarding. Nevertheless, it's one of the more valuable airline cards on the market because of its big sign-up bonus and money-saving perks. Let's examine whether the card deserves a spot in your wallet.

If you frequently redeem Avios for British Airways flights from the U.S. to London, you can get huge savings in the form of annual statement credits of up to $600 to offset award taxes and fees. If British Airways isn't your carrier of choice for trans-atlantic travel, you might still want to consider the card for its nice sign-up bonus, which is especially valuable for those who book a lot of last-minute or short-haul awards operated by American Airlines.

Related: Here’s why you should care about British Airways Avios

One important note: Like other Chase-issued cards, the British Airways Visa Signature Card falls under Chase's 5/24 rule. If you’ve opened more than five credit cards in the past 24 months (from all banks, not just Chase), your application will be automatically rejected — even if you have a nearly perfect credit score.

Before you transition all your spending to this card, consider the opportunity cost of using it over other cards that earn you valuable bonus rewards on purchases such as dining and airfare.

Although the card lacks many of the usual cobranded airline card perks such as a free checked bag and priority boarding, the ones it does offer can still save British Airways flyers a significant amount on cash and award tickets.

Related: The best ways to earn British Airways Avios in 2021

As mentioned British Airways imposes hefty taxes and surcharges on some of its own international award tickets, so the best uses for Avios are sometimes for partner awards. There are more than a dozen Oneworld alliance airlines on which you could redeem your points, such as American Airlines, Alaska Airlines, Cathay Pacific and Iberia. Plus, unlike some other airline programs, including American Airlines, British Airways doesn't charge any close-in booking fees on last-minute awards.

Thanks to British Airways' distance-based award chart, one of the biggest sweet spots in the program is for short-haul awards. The program charges a mere 9,000 miles for award flights that are 651 miles to 1,151 miles long and 16,500 miles for business.

On the other hand, partner American Airlines often requires 12,500 and 25,000 miles, respectively, for domestic awards that cover more than 500 miles in distance. So an American Airlines flight between New York (JFK) and Miami (MIA), for example, can be more than 30% cheaper when booked through the British Airways Avios program. (Even better, American Airlines is known for frequently flying long-haul international aircraft on shorter domestic routes.)

Alternatively, you might want to use your miles to fly from West Coast cities and as far east as Phoenix to the Hawaiian Islands for just 13,000 Avios each way on nonstop itineraries.

Depending on the award, you may be able to squeeze even more value out of your Avios by transferring them to another Avios program. As the mileage currency of British Airways, Iberia and Aer Lingus, Avios can be transferred between the three airlines with a few caveats. Iberia tends to charge significantly lower taxes and surcharges than British Airways and periodically offers discounted award redemption rates, including business class to Europe, for just 25,500 miles one way. Additionally, Iberia charges based on total miles flown instead of per segment, making it the winner for some connecting itineraries.

Which cards compete with the British Airways Visa Card?

Although the Chase Sapphire Preferred return is slightly lower, it earns bonus points on a lot more purchases because travel and dining are both broadly defined to include items such as public transit and meal delivery services. The card is currently offering a bonus of 60,000 bonus points after you spend $4,000 on purchases in the first three months from account opening.

Those points can be transferred to airlines spanning all three major alliances, giving you a ton of flexibility.

The American Express® Gold Card has a higher annual fee at $250 (see rates and fees), but it also offers higher earning rates and comes with many valuable perks that offset the annual fee, including up to $120 in annual dining credits (enrollment required). The card earns 4x points per dollar at restaurants and U.S. supermarkets (capped at $25,000 per calendar year at U.S. supermarkets; then 1x point per dollar), 3x points per dollar on flights booked directly from the airline or at Amex Travel and 1x point per dollar on everything else. The Membership Rewards points earned by this card can transfer at a 1:1 ratio to British Airways.

The card is currently offering 60,000 Membership Rewards® points after spending $4,000 on eligible purchases with your new card within the first six months. Use the CardMatch Tool to see if you're eligible for a higher 75,000-point welcome offer (offer subject to change at any time). As with the Chase Sapphire Preferred, those points can be transferred to airlines spanning all three major alliances, giving you much more flexibility.

If you want to earn a lot of Avios, but aren't particularly invested in the British Airways-specific benefits with the British Airways Visa, it may make sense to strongly consider the Iberia Visa Signature Card, also issued by Chase.

Diversifying your portfolio of loyalty currencies is critical in the world of travel rewards, and the British Airways Visa Signature represents a fantastic way to do just that.

For rates and fees of the Amex Gold card, click here.

Related stories
Updated: A country-by-country guide to coronavirus reopenings
Southwest deal: Get 25% off one-way trips for Christmas and New Year's Eve travel
At just 356 miles, Delta starts flying its shortest wide-body route
Everything you need to know about tipping on a cruise ship
Featured image by ERIC HELGAS / THE POINTS GUY
Editorial disclaimer: Opinions expressed here are the author’s alone, not those of any bank, credit card issuer, airline or hotel chain, and have not been reviewed, approved or otherwise endorsed by any of these entities.