Drink and Jam at One of Ireland's Oldest Pubs, The Brazen Head

Articles
Lori Zaino is a writer for TPG and TPG UK covering travel, news, points and miles and more. She's been based in Madrid, Spain almost 15 years and is an expert in travel throughout destinations such as Europe, Southeast Asia and Africa.
Follow
March 17, 2018
•
2 min read 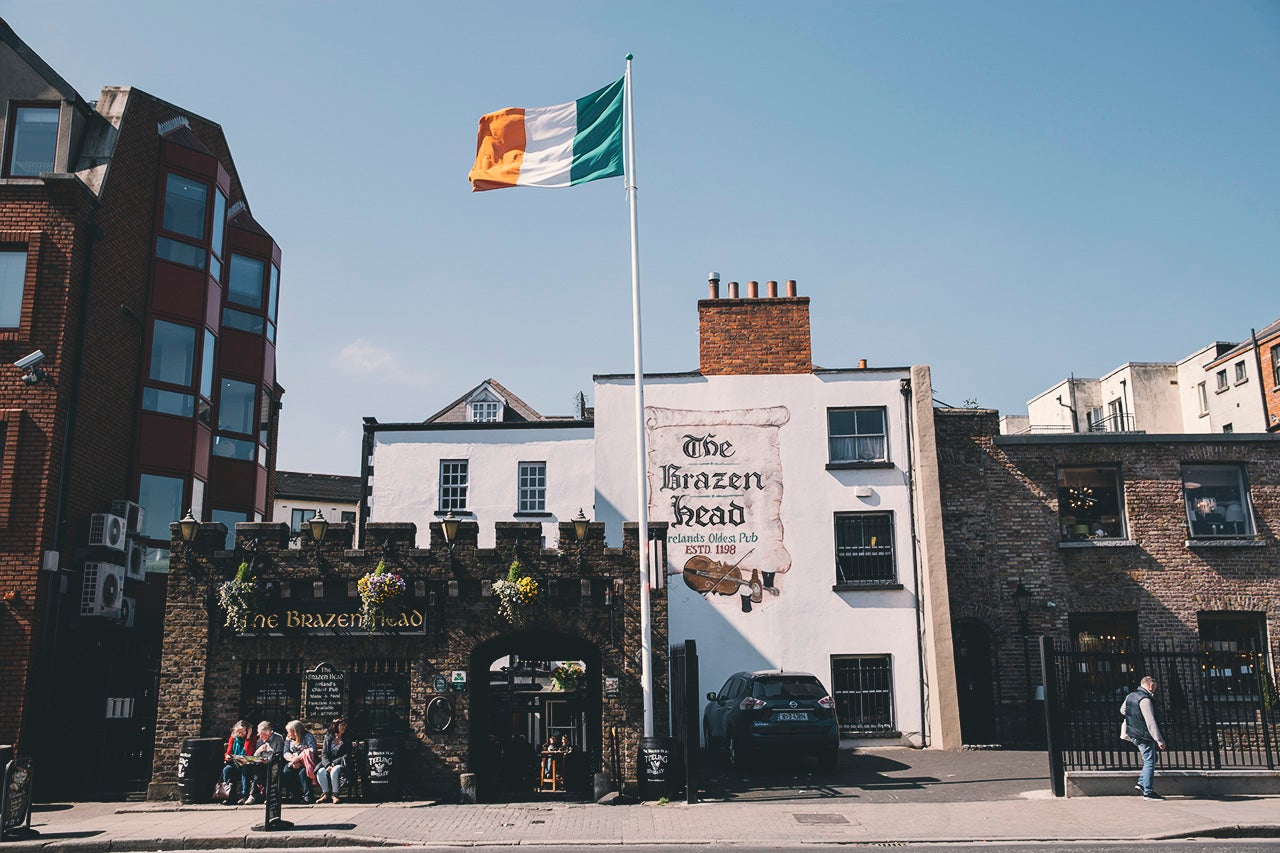 How would you like to celebrate St. Patrick's Day (or any day, for that matter) by having a pint of beer at an 800-year-old pub? If that sounds like something you'd enjoy, head straight to one of Ireland's oldest pubs, the Brazen Head. Located in Dublin and established in 1198, and you can can drink the night away while you rock out to live bands seven nights a week, or even listen to some Irish storytelling.

The most popular music session by far is Sunday afternoon, which goes from 3:30pm to 6:30pm. Bands like Rafferty, Roots'N'Rye, Straight From The Crate and The Brazen Hussies play, and, if you dare, you can even grab a mic and sing along! The pub is known for its fun and happy atmosphere, where patrons are singing, smiling and drinking long into the night.

It's not just about the Guinness at The Brazen Head, though. The food's pretty great, too. You can sample popular specialties like hearty Irish stew, fish and chips and steamed mussels.

Getting to Dublin isn't complicated at all, especially because it's under a seven-hour flight from East Coast hubs. Ireland's flag carrier, Aer Lingus, flies nonstop from cities like Boston (BOS), New York (JFK), San Francisco (SFO), Chicago (ORD) and Miami (MIA), among others. The airline also flies between Shannon (SNN) to Boston and New York (JFK). Delta flies nonstop from New York (JFK) and Atlanta (ATL), and United will get you there nonstop from Newark (EWR). American goes from Philadelphia (PHL) and seasonally from Charlotte (CLT). Norwegian flies nonstop from Providence (PVD). Those on a budget can fly WOW Air from a number of different US hubs with a brief layover in Reykjavik (KEF).

Related stories
Chasing elite status on Alaska Airlines? A flight to California this fall could help
Flights to Auckland starting under $700 round-trip
The ultimate guide to earning elite status with United cards
American Airlines forgot it had landing slots at JFK. Then it lost some of them
Featured image by In Pictures via Getty Images