The Craziest Claims That Airlines Made at ITB Berlin 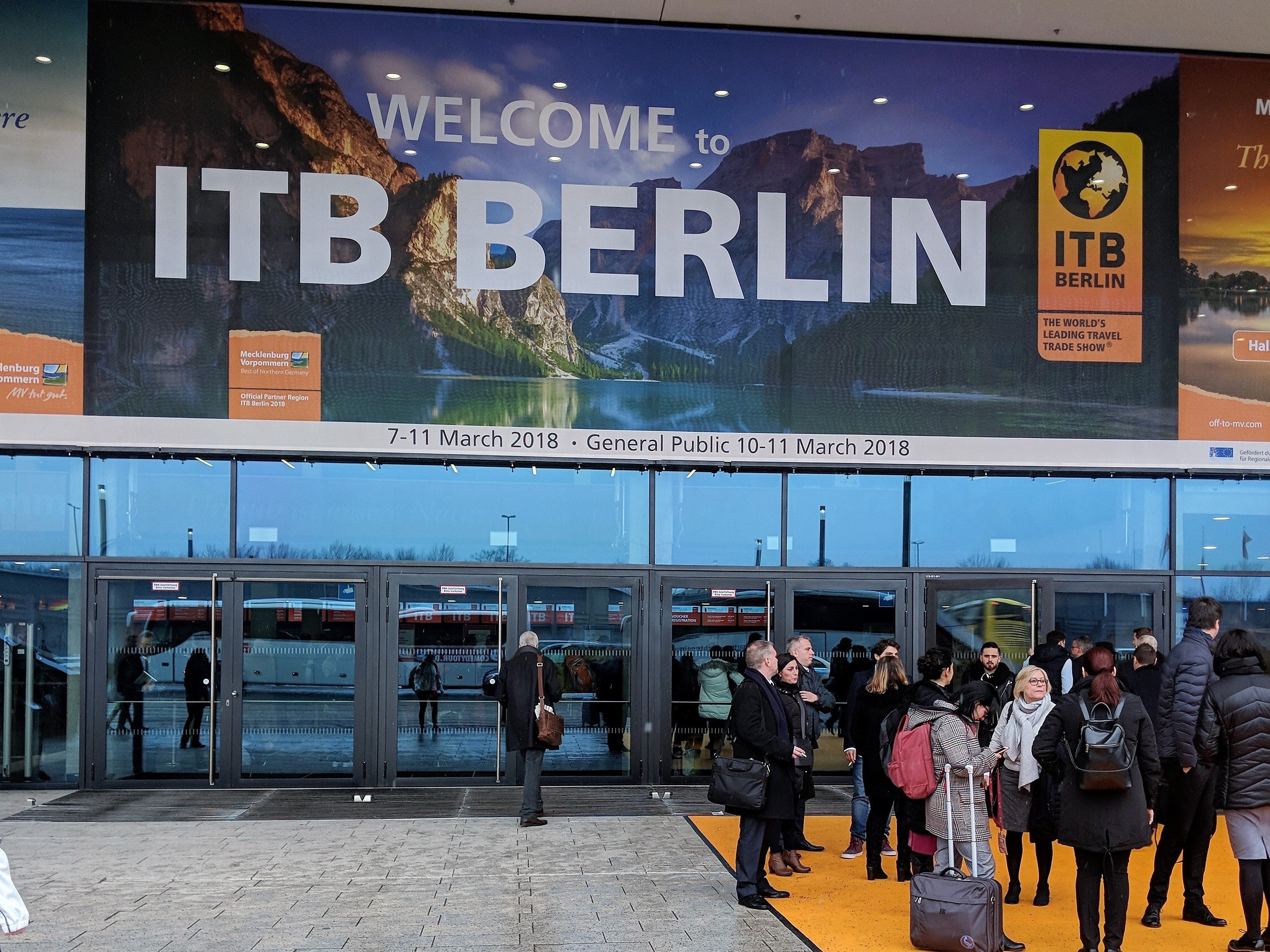 The Craziest Claims That Airlines Made at ITB Berlin
This post contains references to products from one or more of our advertisers. We may receive compensation when you click on links to those products. Terms apply to the offers listed on this page. For an explanation of our Advertising Policy, visit this page.

Sunday was the last day of ITB Berlin, the "World's Leading Travel Trade Show" (which, yes, is a registered trademark). While at the show, I stopped by all 100 airline booths to ask about new routes, products and developments. One of the most entertaining bits of talking with so many airlines is hearing some of the interesting claims they have. These four were the ones I found most surprising.

Qatar's press conference was quite entertaining, as I wrote about earlier this week. But, it was one of the first few sentences from that press conference that's still bugging me: Qatar called itself the "world’s fastest growing airline." I'm still trying to figure out how it got to that claim.

Routes Online has a comprehensive look at airline capacity growth from 2016 to 2017 and Chinese airline Lucky Air had the largest gain in that study, growing by 35.3%. But Qatar didn't even crack the top 10 — which would have required at least 16.1% growth.

The airline isn't publicly traded, so it can't be referencing stock price. What about the size of its route network? According to its website, the airline launched 11 new routes in that time period, but that was more than offset by the 19 destinations it lost due to the blockade.

After reading about it for years, it was fun to finally try out the Air New Zealand SkyCouch — even if it was on the ground. As I suspected, just three seats across doesn't leave much room to lie down. Especially with the two of us in there, there's only so much scrunching I could do to get my 71-inch frame inside the bounds of the seats. I'm pretty sure my feet would be hit by service carts if Katie and I actually tried to sleep sideways on a flight...

So, with that in mind, check out what positions Air New Zealand suggests for the SkyCouch:

That's right. In seats that measure about 60 inches (5 feet) from end to end, Air New Zealand suggests a family of 3-4 should be able to fit. Or, two adults should be able to lie flat side-by-side. That's going to require some very small adults — less than five feet tall and less than 15 inches wide (since the seat pitch is only 33 inches). Maybe it's designed for hobbits?

Ever heard of Himalaya Airlines? I hadn't either. Turns out it's a new, small airline with some big plans. Flipping through its materials, I saw that the airline, which started operations in 2016, "plans to acquire 15 aircrafts [sic] in the next 5 years." That's a 500% increase from its current fleet of three aircraft, but that's not the unreasonable part.

What's crazy are the routes it's hoping to launch to/from its hub at Kathmandu, Nepal's Tribhuvan International Airport (KTM):

There are around 30 commercial airlines that operate to Kathmandu — but all fly intra-Asia or from the Middle East. It looks like this new player expects to have quite the impact. Himalaya Airlines claims to be not only expanding to Europe and Australia, but also America. Not only that, but using Airbus A330s — which aren't exactly known for their operational efficiency on long routes. And that's going to be from an airport which has a single runway which doesn't have an instrument landing system. Good luck to them on that!

Cobalt Airlines: Larnaca, Cyprus as the Next Global Airport Hub

Another small airline has big expansion plans. Cyprus-based Cobalt Airlines currently has just six narrow-body Airbus aircraft (four A320s and two A319s), but it's also looking to the A330 to begin global operations. I'm guessing that it plans to buy a lot more than two wide-body aircraft, since the CAPA 2017 "Start-Up Airline of the Year" says it will...

"...establish Larnaca as a true hub airport, offering connections from the Middle East & Asia to Europe & beyond; and vice versa. Our geographical position and political situation as a safe, non-Schengen EU country will add to the attractiveness of the hub."

In this case, the airport might be a limiting factor in these growth plans. The airport's sole runway is long enough (9,823 feet) for most aircraft types, but the newly opened airport terminal has just 16 jetbridge gates. Yet, according to the airline's CAPA profile, it's planning to squeeze a lot of flights into those 16 gates.

I certainly wish them the best of luck — just let me know when Amex puts in a Centurion Lounge.