Your Face Is The Token: We Tried British Airways' New Biometric Screening

Articles
Mike Arnot is the founder of Boarding Pass NYC, a New York-based travel brand and a marketing consultant to airlines. A private pilot, he can sometimes be found above the skies of New York City.
Follow
Jan. 28, 2018
•
5 min read 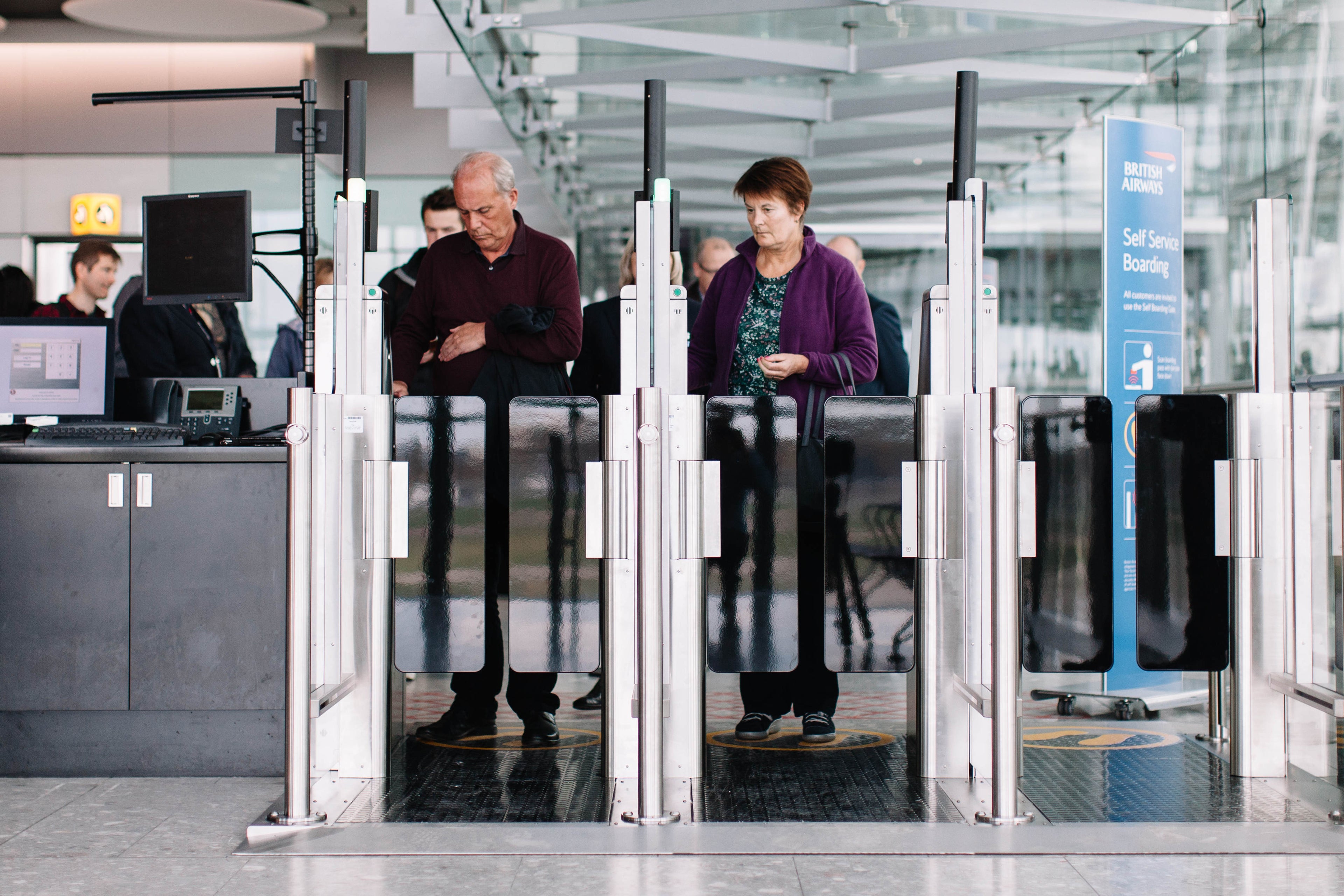 Your Face Is The Token: We Tried British Airways' New Biometric Screening
This post contains references to products from one or more of our advertisers. We may receive compensation when you click on links to those products. Terms apply to the offers listed on this page. For an explanation of our Advertising Policy, visit this page.

How travelers pass through security and board their airplane may soon change. So-called biometric gates with innovative facial recognition technology are already in use at several airports worldwide, most notably by British Airways for their domestic flights at London Heathrow's Terminal 5. KLM is testing the technology in Amsterdam, Delta in Washington, and the travel industry is getting ready for the biometric revolution.

And last week at Los Angeles LAX, British Airways and its partners Los Angeles World Airports (LAWA), the US Department of Homeland Security (DHS), and Vision-Box unveiled new boarding gates where a passenger’s face acts as both the boarding pass and documentation review.

Sound far-fetched? Yes. But the gates are already in place, and seeing them in action is impressive.

Imagine walking up to a row of gates similar to New York subway turnstiles (albeit cleaner), and staring at a screen. The screen scans your face and compares it to the official government record, along with your boarding rights. Presto: the gate lights green and opens, and you proceed down the jetway.

In the background, and before letting you through, your face scan was immediately transmitted to DHS, and compared with your pre-existing biometric data held by the government. (You provided a selfie to DHS when you applied for and received your passport.) For non-US passport holders, this is compared to images previously captured on any previous entry to the US.

“The face is the token,” said Fred Fischer, Senior Director, North America for Vision-Box, the Portuguese company which developed the technology.

While this system will be new to North American travelers, similar technology has been in place for years at LHR. Anyone who has flown in the UK will be familiar with that version of the biometric scan, where passengers first stare into an infrared scanner mounted on a black pole. Their facial profile is then compared to the passport presented to the agent. This has been a standard security protocol since 2008, with full automation since early 2017.

BA is taking it one step further: the airline plans to roll out biometric gates for boarding at all domestic gates by the end of 2018, effectively jettisoning the physical boarding pass scan and physical document check at boarding. The biometric gate compares passengers’ facial profile from their original scan taken at the security checkpoint. Unlike the system at LAX, these gates — operated by the Heathrow airport authority in conjunction with BA — do not transmit biometric data to the UK's Border Force. The data is held “long enough to meet custom and border protection regulations,” a representative from BA said.

On a recent visit to LHR, I witnessed passengers striding through gates four across, without much interaction with BA staff, or presenting identification or a boarding pass. This second scan before boarding was new to many passengers and nearly flawless.

Said one passenger upon using the system for the first time: “I work at Glasgow Airport for Ryanair. I wish we had this. It’s so much faster. It’s easy,” she said. Would it be confusing to passengers? “No,” she said. “It’s basically the same procedure they’ve done when going through security in the first place.”

The BA gates denied entry when passengers failed to remove their glasses or were wearing hats. But the efficiencies were evident. BA gate agents handled odd cases and seat change requests, while other passengers streamed through. It was a rapid boarding process. BA spokeswoman Anya Fisher indicated that they’ve seen boarding approximately one-third faster than normal.

Across the pond at LAX, passengers boarding a BA 787 were less efficient in negotiating the gates, with some attempting to scan their boarding pass, or being held up because they did not know to remove their glasses. Nevertheless, even the least tech-savvy travelers seemed to have no difficulty eventually.

A trial with the Transportation Security Administration (TSA) will occur in February at a US airport, where passengers will use biometric data to pass through to the body scanners, rather than first presenting their boarding documents and passport to a TSA agent.

Why did BA choose LAX? “LAWA came to us,” said Raoul Cooper, Design Manager for BA. “They’ve got a new international-only terminal, and are a very innovative airport.”

A business traveler who also successfully negotiated the gates at LHR and had passed through them several times on previous flights said: “It’s the way forward. It’s the way we’re going.”

The next time you fly BA, just stare into the light, pass through the gates, and enjoy your flight.