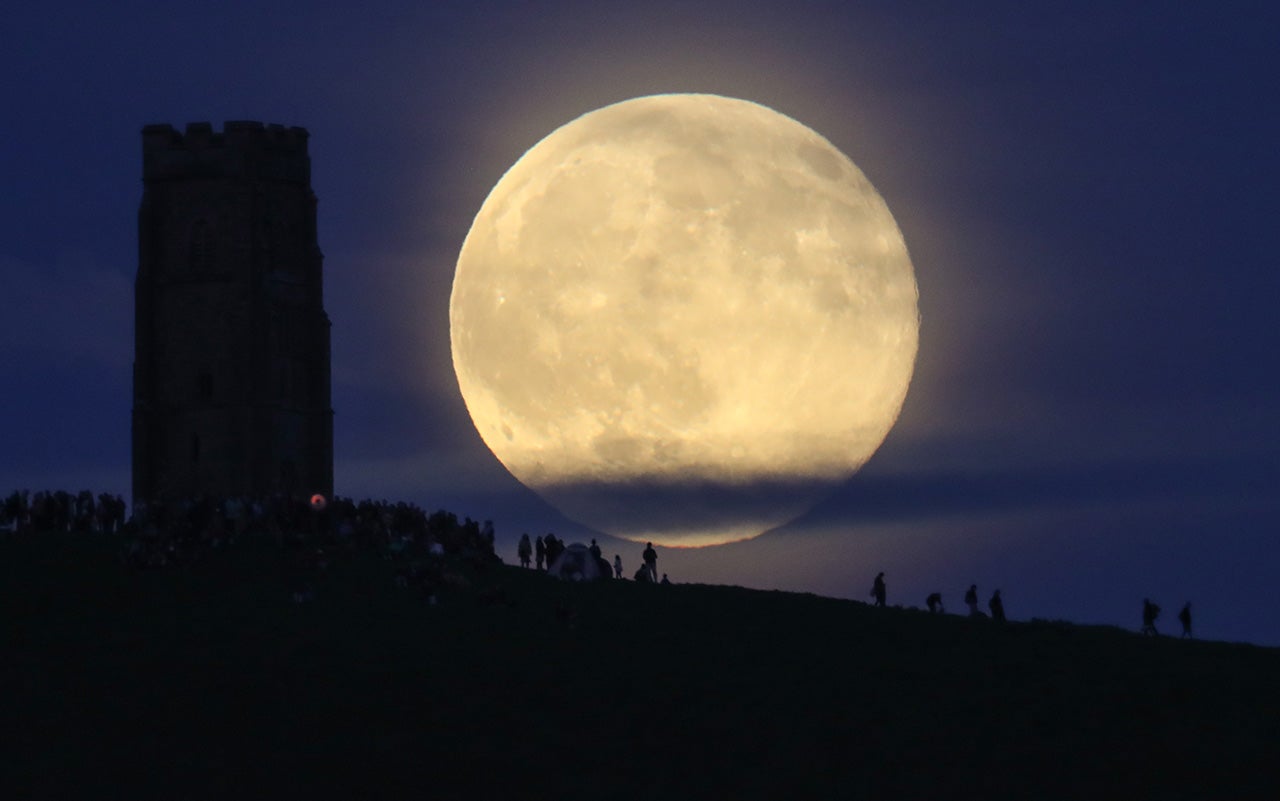 How the Moon Almost Made The New York Times' 52 Places List
This post contains references to products from one or more of our advertisers. We may receive compensation when you click on links to those products. Terms apply to the offers listed on this page. For an explanation of our Advertising Policy, visit this page.

The New York Times continued its tradition of guiding travelers — armchair and actual alike — around the world with its 52 Places to Go in 2018 list this week. We spoke by phone to Dan Saltzstein, senior staff editor at the Travel section and coordinating editor for 52 Places to Go, about how the Times team chose the finalists, what huge destination didn't make the cut (it's the moon), and how your city or country could improve its chances of getting on the list in 2019.

When did your team start the process of coming up with the list?

Every year we have to start earlier as the process gets more involved, but this year we started in mid-September, give or take. Basically, the way we assigned this was we asked our regular contributors for ideas — they're the ones out there traveling the world and going on adventures, certainly more than us editors in front of our computer screens.

We probably got 250 to 300 pitches. We went through them and assigned more than we needed, 60, with the idea that a couple inevitably wouldn't work out.

What were you looking for?

We thought of the list as a way to get people to think about the places they know in a new way. That's why we emphasize that aspect of it: why to go there in the coming year, whether it's new hotels, resorts or art. We could include Paris, London, Tokyo every year — just name your favorite city. So it's a question of why this is the year to go rather than just where to go.

But we also wanted places emerging in some way, maybe a new cultural scene or places people may have not heard of and are alternatives to better-known places. For example, it feels like people are always looking for an alternative to Tulum, so we asked ourselves, "What was Tulum 10 years ago?" We found a place called East Cape in Los Cabos, at the bottom of Baja. It's not as developed as Cabos, a little off the beaten path, but it has the infrastructure for people to go.

We also thought in terms of the entire countries on the list, like Colombia, which was our No. 2, where we could branch into specific details of places to go and several smaller regions within the country.

How did you balance the need to be globally all-inclusive with the practical aspects of where readers would actually go?

We tried to represent every area of the world besides Antarctica — we always get pitches on every continent, and we're always a little heavy on the US and Canada and Europe, and that's just because those are very popular places for people to visit.

Africa's probably the trickiest one, because it's the least covered by the travel-media community. But we have a few places on there, like Tangier in North Africa and Kigali in Rwanda (which we're doing a 36 Hours column on this week) and Liuwa Plain National Park in Zambia.

You started right after hurricanes like Maria and Irma hit several popular island destinations in the Caribbean — how did that play into how the list shaped up?

As you know, we're very conscientious about not sending people to places that are going to be dangerous, but we were very determined to put the Caribbean on the list this year. Instead of focusing on any particular island, though, we included the entire region and talked specifically about some of the places that are making a comeback or are back open for business, like St. Kitts and Anguilla, Martinique and Puerto Rico. There's been a significant downtick in tourism in the region, but we wanted readers to know it's very much open for business.

It's a group of five travel editors. We read through the list and have this long, marathon session where we basically vote on our favorites. It takes hours and gets pretty punchy by the end, but it's fun, and it's a way for us to sort through the section and make sure we're representing the world and different themes and cultures.

Why did you make New Orleans No. 1?

The one we really put a lot of thought and effort into was the No. 1 spot. It's a collaboration but it's also basically my call, and this year we felt very strongly about picking a domestic city. It's been a tough year for Americans in a variety of ways, and we picked a place that has taken a traumatic history and emerged from it as the ultimate melting pot. And I love New Orleans: It's a one-of-a-kind place and also happens to be celebrating its 300th birthday, so it was a perfect time to feature it.

Who didn't make the cut?

We considered the moon — Space X says this is the year they're going to be sending a commercial vessel into space, and the moon making it into our list was a fun idea. But in reality, you're talking about two people who'd be able to go.

Did you get any surprising reactions from readers once the list was published?

One of the reactions we always get is about the domestic cities we include, like Buffalo, Baltimore and Chattanooga. Places like that have a lot of people going, "Why would I go to Buffalo or Saskatoon?"

The truth is there's a lot of interesting stuff happening in those places. I'm not sure I'd want to go to Saskatoon now, when it's minus-30 degrees, of course, but everyone loves a good comeback story. Buffalo is a great comeback story, with its waterfront expansion, Canalside complex, a $27 million children's museum downtown and major renovations on two of the most famous Frank Lloyd Wright homes. In Saskatoon, there's a gorgeous new art museum, the Remai Modern, which has Picassos and 8,000 pieces of art by other impressive artists.

We try for the list to contain unexpected places to mix in with the more obvious ones, and those always get a combination of reactions from delight to outrage. But that's fine. It's the starting point for a larger discussion about travel.

Your much-talked-about new writer, Jada Yuan, will really be hitting all these places?

Well, she's not going to be sequentially down the list, of course. She starts down in New Orleans and then will go a few at a time region by region.

Reach out to some of the writers you see in the section. It's certainly no guaranteed way to get on the list, but it puts you on people's radars. Find a way to frame your destination in a way that's new and interesting.

That said, there's no point in sending us goodies of any kind — that's not going to get you on the list. It's about having substantial pitches focused on anniversaries, appeals to history or art, all that stuff. And once again, we do look for a mix of the obvious and the counterintuitive, like a place that's emerging but still a little under the radar. We're extremely open to those.