8 Songs That Will Make You Want to Visit NYC 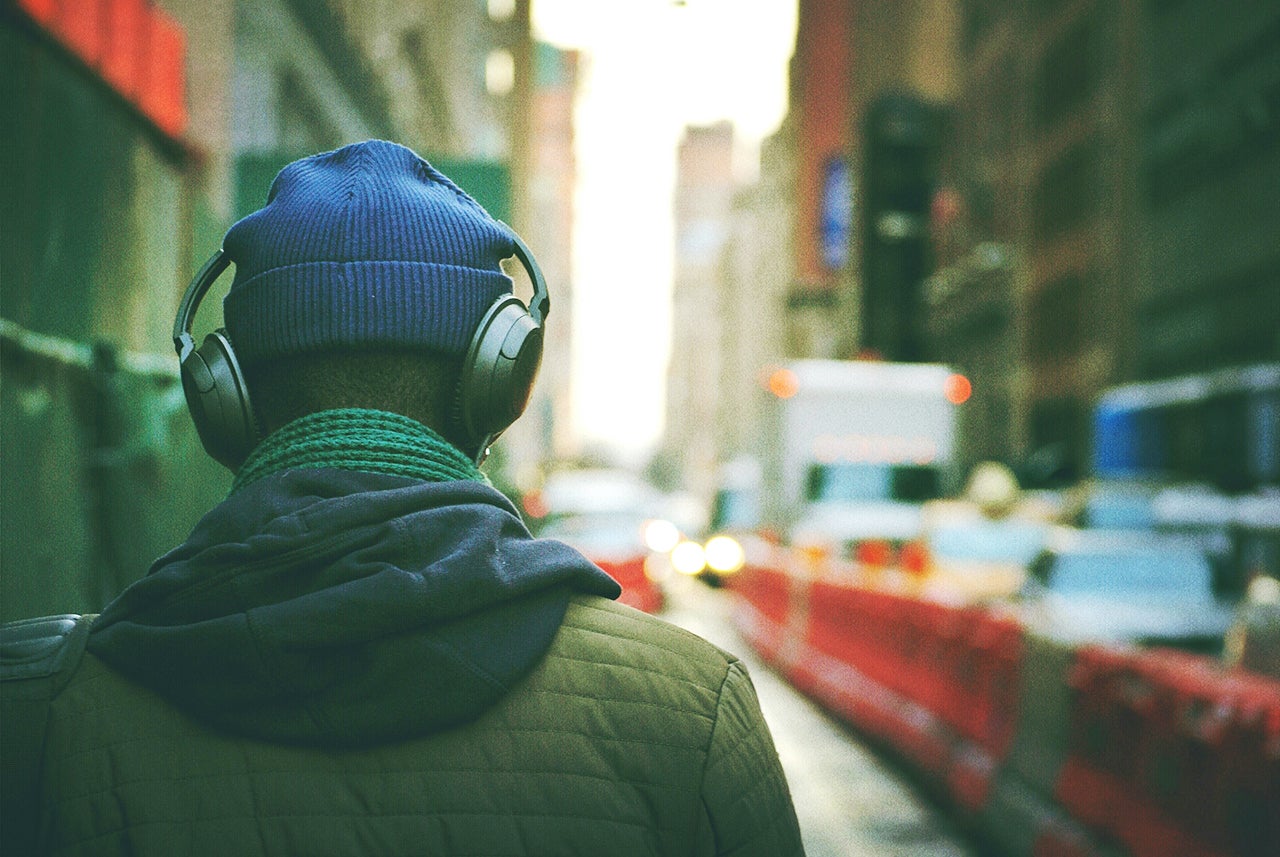 Award season is here, which means the biggest night in music is upon us. For years, the GRAMMY telecast has alternated between Los Angeles and New York; since 2004 the awards have taken place at the Staples Center in Los Angeles. But this year’s GRAMMY show will be one to remember, marking the return to New York City after 15 years. To commemorate this moment in music history, we’ve compiled a list of some of the greatest NYC odes and lyrics in its honor.

"Start spreading the news/ I am leaving today/ I want to be a part of it/ New York, New York"

This classic ode to New York can be heard across the city — from Radio City Music Hall to Yankee Stadium. It captures what it means to be a New Yorker, because quite frankly if you can make it there, you'll make it anywhere. Although this song never won a GRAMMY, it is deemed the unofficial anthem of NYC. Today, the song is played after a Yankee victory home game.

"In New York, concrete jungle where dreams are made of/ There's nothin' you can't do/ Now you're in New York/ These streets will make you feel brand new/ Big lights will inspire you"

Rapper Jay-Z infuses his Brooklyn experience in just about everything he performs or produces, but nothing is quite as affecting as this popular hip-hop ode to New York City. The song is a gritty update to Sinatra's "Theme From New York, New York" because it uses Jay-Z’s personal narratives as a tribute to the Big Apple. Its lyrics pay homage to New York’s most famous neighborhoods, from Bedford Stuyvesant to downtown Brooklyn to TriBeCa. In 2011, the song won two GRAMMYS for best rap song and song collaboration.

For Billy Joel, there’s truly no place like home. The Bronx-born musician wrote this song upon his return to New York in 1975, after years spent breaking into the LA music industry. The lyrics contrast his experiences outside of NYC, which for him cannot compare to the grittiness and beauty of New York. In one verse he sings that he doesn't care if he's in "Chinatown or on Riverside," that he will always be in a New York state of mind. This song has become an iconic tune both for Joel and for the Big Apple.

4. Stevie Wonder: Living for the City

"Living for the City" is a 1973 single by legendary singer-songwriter Stevie Wonder from his Innervisions album. The song reached number 8 on the Billboard Hot 100 chart and won a GRAMMY for best rhythm and blues song in 1974. It tells the story of a young boy from Mississippi who migrates to the Big Apple and is one of the first soul singles to deal so explicitly with systemic racism in America. Although the lyrics don't mention NYC specifically, it is evident which city Wonder is talking about. ln the interlude, Stevie sings, “Wow! New York! Just like I pictured it: skyscrapers and everything!”

"Autumn in New York, it spells the thrill of first-nighting/ Glittering crowds and shimmering clouds in canyons of steel/ They're making me feel I'm home…"

Where else can you enjoy Central Park foliage but in New York City? Autumn in New York by Vernon Duke is a song that has no definitive owner. The song was recorded by many, from Louis Armstrong to Frank Sinatra to Billie Holiday. Regardless of the singer, each version captures the song's message of the picture-perfect season of autumn. The lyrics reflect the beauty and grace that exists between the hot summer and brutal winter, which every New Yorker learns to appreciate.

6. Duke Ellington: Take the "A" Train

How did one of the oldest NYC subway lines inspire one of the greatest jazz anthems of all time? “Take the ‘A’ Train” was released in 1941, written by longtime Ellington collaborator Billy Strayhorn. The lyrics follow the A train to Sugar Hill, the historic district known today as Hamilton Heights in Harlem. As noted in the song, the A train is one of the fastest ways to get to the neighborhood (even with all its delays and breakdowns) and this became one of Ellington's signature tunes, as well as the unofficial song for the NYC subway transit.

7. Beastie Boys: No Sleep Till Brooklyn

The Beastie Boys released this song in 1986. It was fresh from the new Def Jam recording studio, which was headed up by the Boys' then-producer Rick Rubin. The song was the band's personal tribute to the borough they called home and with little mention to the borough itself, the song did allude to the party life in NYC during the 1980s. "No Sleep till Brooklyn" contributed to the Beastie's 1986 album License to Ill going multi-platinum, according to the Recording Industry Association of America.

"I never sleep, ‘cause sleep is the cousin of death/ Beyond the walls of intelligence, life is defined/ I think of crime when I'm in a New York state of mind"

This song is far from a New York anthem or ode to the city; it's a detailed narrative of the NYC hustle through the eyes of a Queens-born rapper. Delivered in a nearly 60-bar run, Nas released this single on his debut album Illmatic in 1994. It served as a self-introduction to the hip-hop world and a glimpse of the city struggle; it's still considered one of the greatest rap songs of all time.