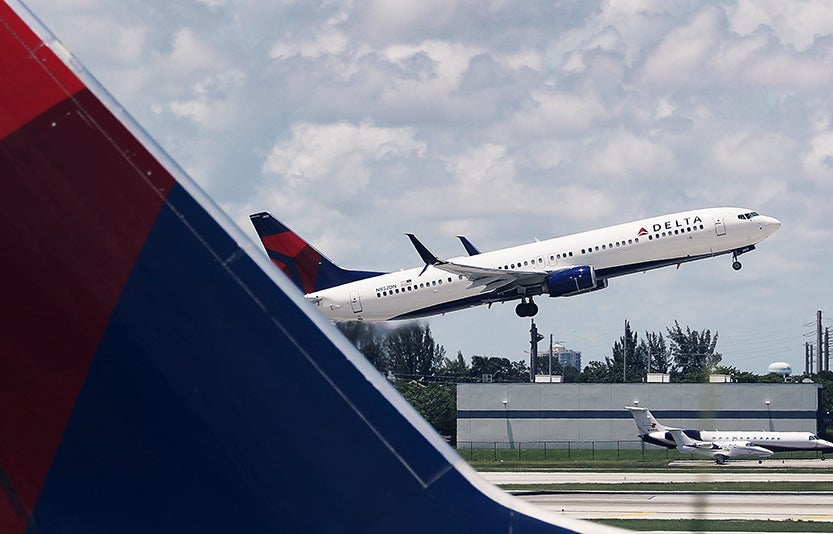 Delta Adds Spending Requirement to Status Match Challenge
This post contains references to products from one or more of our advertisers. We may receive compensation when you click on links to those products. Terms apply to the offers listed on this page. For an explanation of our Advertising Policy, visit this page.

If you have elite status at one airline but want to move your business elsewhere, status matches and challenges are a popular way to make the move without having to start all over at a new carrier. All three major legacy carriers — American, Delta and United — have varying flavors of status match challenges which allow you to immediately earn elite status and keep it with a vastly reduced amount of flying in a short period, as long as you can show you already have status at a competing carrier.

Up until last year, one big advantage of using a status match challenge was that you weren't subject to a spending requirement. This meant you only needed to fly the required number of miles or segments and didn't have to worry about how much the tickets cost. However, in early 2017, American implemented an Elite Qualifying Dollars (EQD) requirement for its own Gold and Platinum status match challenges, so it was likely only a matter of time before the other airlines followed.

The second shoe has now dropped: Delta has announced that it's adding a Medallion® Qualification Dollars (MQD) requirement to its status match challenge for 2018:

As you can see, the new MQD status match requirements are exactly one quarter of the standard year-long Delta MQD requirements for each tier, which mirrors the MQM and MQS match thresholds. For example, earning Gold Medallion status normally requires 50,000 MQMs or 60 MQSs and $6,000 in MQDs in a calendar year, while matching to Gold (and keeping it for the year) will require 12,500 MQMs or 15 MQSs and $1,500 MQDs over a three-month period.

Note that the footnote indicates you will be able to waive the MQD requirement with $25,000 in spend on one of the various Delta Amex cards, such as the Gold Delta SkyMiles® Credit Card from American Express, but you must complete the entire $25,000 spend between the beginning of the calendar year and the end of your status match challenge period. That's a much shorter timeframe than the regular MQD waiver, which you have an entire calendar year to meet.

Delta has also announced one other minor change to its status match challenge:

"Also beginning January 1st, current earned Medallion Members or Medallion Members who received complimentary Medallion Status through their Million Miler Status can enroll in the Status Match Challenge, as long as they meet the other eligibility requirements."

This means the airline is going to allow customers who get complimentary status from being a Million Miler to attempt a status match challenge for higher levels of elite status. While that's a nice addition, it's not going to affect many customers.

Remember that in order to attempt a Delta status match challenge, you'll need to have an earned equivalent elite status at a competing airline — the qualifying list is available on Delta's status match challenge page. You also cannot have received a status match or complimentary medallion status in the past three years (except for Million Miler status). Once matched, you'll automatically receive the elite status for three months, but will have to meet the new requirements in order to keep the status beyond that period. Status challenges completed successfully will extend your status to January 31, 2019.