10 Things No One Tells You About Sri Lanka 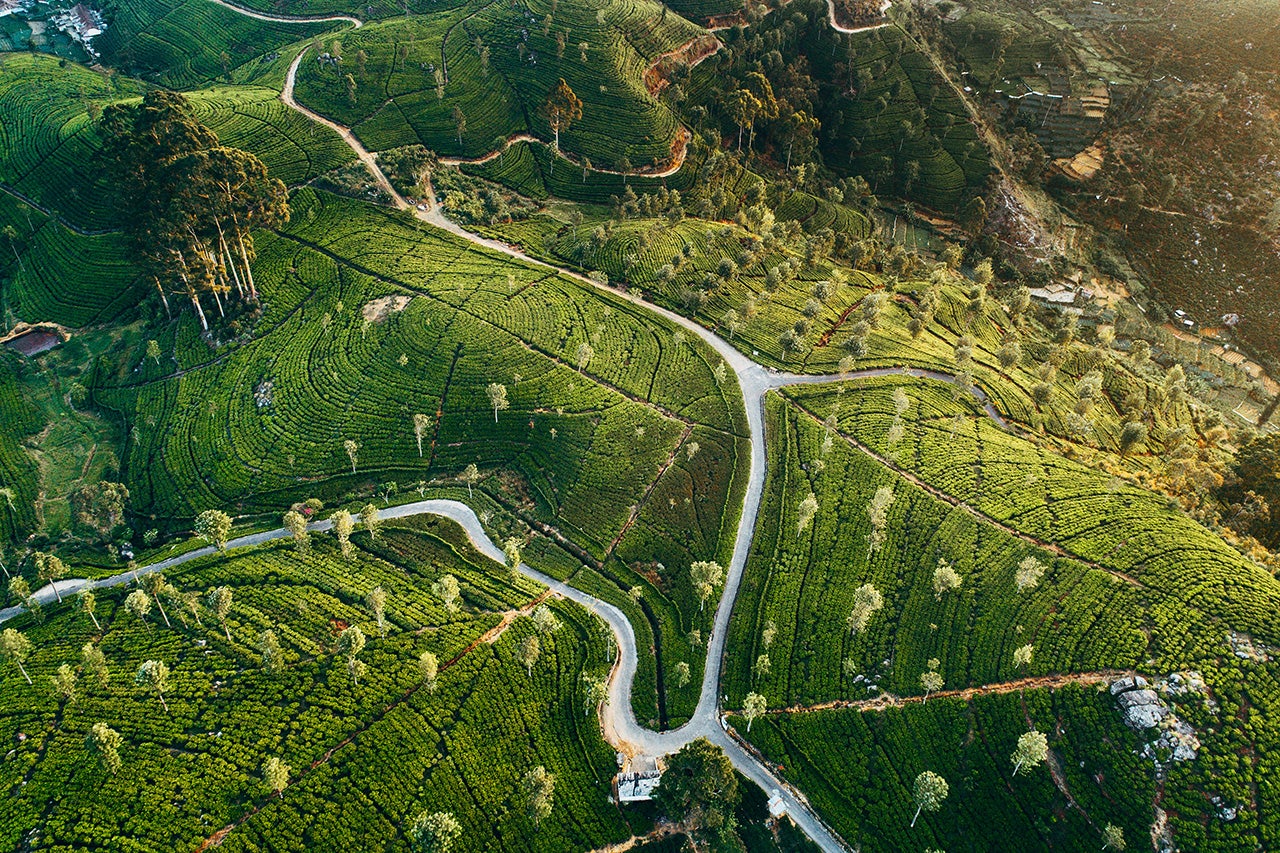 Many travelers avoided Sri Lanka for years because of a bloody, decades-long civil war and devastating tsunami in 2004. Since peace was declared in 2009, though, the vibrant island nation has made a remarkable recovery and become one of the most thrilling destinations in the world. With unspoiled beaches, a thriving mix of cultures, epic safari adventures and some of Asia’s best food, there are plenty of reasons to put Sri Lanka on your travel to-do list. Here are 10 tips to help you make the most of a trip there.

1. It Takes Longer to Get Anywhere Than You Think

Sri Lanka is roughly 25,000 square miles, less than the size of Ireland. If you look at driving distances on a map, it would seem like you could cover the island east to west and north to south in the span of a day or two. However, when you're actually driving on the roads, you will see that that is not the case. Though there are some new roads and highways, such as the one from Colombo to Galle, much of the country’s infrastructure is still relatively undeveloped, with cars sharing the same roads as massive transport trucks … and elephants. You might also run into a town festival or two. But that just gives you even more time to enjoy the scenery and make stops in small towns and meet the locals.

If you plan on visiting more than a few destinations, rather than driving yourself, hire a knowledgeable guide through a tour company like Cazenove + Loyd. They can help you plot an itinerary and alert you to any special on-the-ground considerations you might not know about otherwise.

2. Skip Yala National Park and Go to Gal Oya, Wilpattu or Udawalawe Instead

Yala National Park along Sri Lanka’s southern coast is the country’s most famous and most accessible safari reserve, especially if you're coming from somewhere else in the south, like Galle or Tangalle. It’s also home to some of the nicest lodges in the country, including Chena Huts.

At this point, unfortunately, the park is overrun with tourists. Over 100 vehicles line up at the main gate before dawn to start a mad dash through the park in search of its famous leopards, elephants and sloth bears, which makes for a diabolical, dusty derby. Though some operators will take you to less-frequented areas, it often means multi-hour drives in either direction. Instead, try visiting one of the country’s other national parks, where there are likely to be fewer tourists.

Gal Oya National Park to the east is teeming with high-profile species including leopards and elephants, not to mention picturesque lakes with islands where you can have picnics, and rustic but comfortable accommodations at the Gal Oya Lodge. Coastal Wilpattu National Park up in the northwest is home to a sizable leopard population as well. Though sightings are harder to come by because the park's so large, you won’t be jostling with other vehicles. Leopards are even rarer at Udalwalawe National Park in the south-central part of the island, but it's famous for the huge pack of pachyderms that call it home, and it boasts some of the best birdlife in Sri Lanka.

Though serious surfers might prefer the waves at big-name surf spots like Hawaii or South Africa, those in the know have been flocking to the beaches of Sri Lanka for years. Yet the island’s best surf spots remain largely uncrowded. The south coast has some of the best-known surfing beaches, including the lazy breaks and barrels at Midigama and the swells at Kabalana. Beginners can take on the small breaks at Weligama and stay nearby at the luxurious Cape Weligama for a bit of pampering after shooting the curl. On the east coast, Arugam Bay is known for consistent, gentle sets that are perfect for beginners. The best season to come is from April to September. More advanced riders should try the big breaks at Okanda.

On the full moon of every month, Sri Lanka’s Buddhists celebrate milestones in the Buddha’s life and everyone in Sri Lanka gets a public holiday. While there are sometimes festivals to attend, notably the Esala Festival, or the Festival of the Tooth, in Kandy. It involves a huge parade of dancers, musicians, elephants and fire walkers, and businesses and restaurants will be closed. Many guides take the day off, and you won’t be able to purchase meat in many places or alcohol anywhere.

There are more than 100 waterfalls spread across Sri Lanka’s lush, temperate interior, many of which have thrilling backstories. Among the most famous is Ravana Ella.

According to the Indian epic the Ramayana, King Ravana hid Princess Sita in a cave near the waterfall (which you can also climb over 600 steps to). Today, visitors come to admire and even bathe in the gushing stream, and it makes a nice stop on a road trip from the southern coast up to the central highlands, where the tea plantations are. Named after British explorer Samuel Baker, Baker’s Falls are among the country’s most dramatic, framed by colorful flowers and ferns. Near Badulla, Dunhinda Falls are around 200 feet high and create the cloud of mist from which they derive their name in Sinhalese. The highest waterfall in the country, meanwhile, is 863-foot-highBambarakanda Falls, also near Badulla. It can get crowded, but the views of the multi-tiered streams are worth it.

Though Sri Lankan food resembles Indian cuisine, the two are very different. Sure, both culinary traditions incorporate chiles and curries, spices and coconut milk, but remember that Sri Lanka was one of the original destinations on the spice routes, thanks to its agricultural bounty. As a result, a typical Sri Lankan curry might include a vast number of spices you would not find in a similar Indian dish, including exotic flavors like cardamom, cloves and fenugreek.

Breakfast is often the most colorful and substantial meal of the day. Expect string hoppers (sticky rice noodles onto which you ladle fish or chicken curry), yellow dal, coconut milk and about a dozen spices. There are also egg hoppers, with an egg fried right into a crepe made from rice flour and coconut milk and shaped into a shallow bowl. If you want a little kick, spoon on sambol made with shaved coconut and chiles.

Because Sri Lanka lies in the heart of the tropics, you might think the entire island is hot and humid, and the coastal areas and lowlands certainly are. However, the interior highlands, where many of the tea plantations and cultural sites are, can rise over 6,000 feet, with temperatures dropping into the forties at night. The best weather is typically between December and March, and there are frequent downpours in the rainy season between May and September.

If you plan to cover much of the island, pack for a number of different climates. For the beaches, you’ll need little more than shorts and T-shirts, and for the high country, bring longer pants and light sweaters or jackets. If you visit religious sites, including Buddhist and Hindu temples, you'll need clothes that cover your knees and shoulders out of respect.

But why the empty suitcase? Well, Sri Lanka is a shopper’s paradise, with everything from teas and body oils to hand-loomed textiles and precious gemstones. Bring back artisanal teas, including limited-edition varieties from the Dilmah t-Lounge that you can’t find anywhere else in the world. In Colombo, browse one-of-a-kind clothing created by Sri Lankan designers at the Design Collective, Ayurvedic skin and hair products from Kemara, jewelry and gems at the Jewel Arena and traditionally produced clothes and home goods from Barefoot’s shops in either Colombo or Galle.

When it comes to impressive ruins in Asia, you might automatically think of Angkor Wat in Cambodia or Bagan in Myanmar. But over a millennium before either of those were built, Sri Lanka was home to flourishing civilizations that developed some of the world’s most advanced technology and created great cities and temples. The best known among them are in the so-called Cultural Triangle about a four-hour drive northeast of Colombo.

The sacred city of Anuradhapura was established in the third century BC and grew as a political and religious capital for over 1,000 years. Its Jetavana stupa rivals the Great Pyramid of Giza in size and remains the largest brick structure in the world.

Nearby, Sigiriya was a pleasure palace built on the summit of a sheer granite mountain whose construction remains a marvel of technology and engineering. The famous frescoes of nude dancers you pass on the hike up are also pretty spectacular.

For more recent history, visit the fort town of Galle on the southwest coast, which was founded by the Portuguese in the 16th century before being taken over by the Dutch and then the British as successive trading empires swept through.

Though it’s faster to hire a driver or even take flights on small aircraft between destinations in Sri Lanka, to do so would mean missing out on one of the most special experiences here: taking the train. If you’re short on time, the train from Colombo to Kandy makes for an easy day trip and takes about two and a half to three hours in either direction.

But the route de résistance is the line between Kandy and Ella, which takes about six hours and winds through terraced tea plantations. You can get off about midway in Hatton to hike around Adam’s Peak. Closer to Ella, it passes over the iconic nine-arched Demodara Bridge, which is nearly 300 feet long and 80 feet high over a lush valley that just begs to be Instagrammed.

First-class tickets can be bought ahead of time, and it’s best to do so at the station from which you plan to depart. This is the class to book if you want to be sure of an air-conditioned carriage. Tickets for second and third class cannot be booked in advance, though, and are only sold on the day of travel at the ticket office, so show up early. Remember to bring your own drinks and snacks, since trains do not have dining cars or official food vendors.

10. The North Is Safe to Visit

Though the northern regions of Sri Lanka were among the most dangerous and hotly contested during the country’s civil war, that is no longer the case. With the exception of certain areas, much of the north is now open to travel. Among the emerging destinations is the city of Jaffna on a peninsula in the far north. It was once the country’s second-largest city, and has an impressive 17th-century Dutch fort and church, not to mention several important Hindu sites including the magnificent Vallipuram Alvar Vishnu Temple.

Use ferries to island hop across the nearby archipelago, where many islands offer extremely low-budget (but also no-frills) accommodations. The northeastern coast, meanwhile, is also welcoming new development and investment in beach towns like Trincomalee, which is still relatively deserted but unlikely to remain so for long