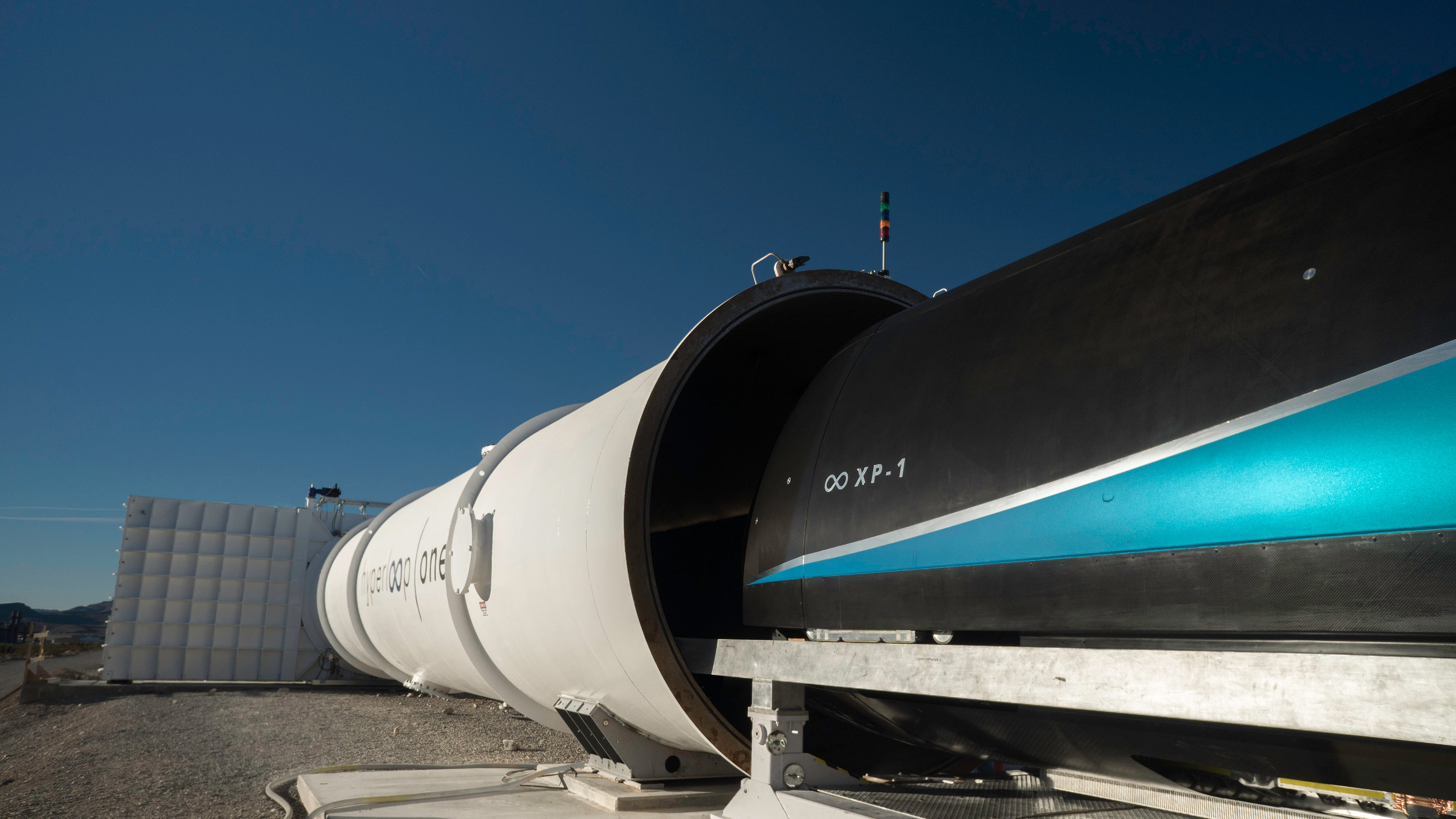 Hyperloop Reaches Bullet Train Speeds, Makes Richard Branson Chairman
This post contains references to products from one or more of our advertisers. We may receive compensation when you click on links to those products. Terms apply to the offers listed on this page. For an explanation of our Advertising Policy, visit this page.

It's been an exciting week for the Hyperloop. One of the companies developing the new form of transportation, based on capsules running in a vacuum at almost the speed of sound, has made two announcements, and beat a record.

On Wednesday, Virgin Hyperloop One announced that it successfully conducted a third test of its pod, reaching a new top speed of 240 mph, a 48 mph increase over its previous record of 192mph.

And yes, you read that right, it's now the Virgin Hyperloop One. In October the company rebranded itself with the Virgin tag and this Monday it was made official — Richard Branson, billionaire CEO of the Virgin Group, was appointed Chairman of Virgin Hyperloop One. Branson replaced Shervin Pishevar, who went on a leave of absence after being accused of sexual harassment (a charge Pishevar denies.) Although Branson's position is "non-executive," said the company, he helped Hyperloop One secure an additional $50 million in investments.

Branson's experience in transportation includes starting or helping launch three successful airlines (Virgin Atlantic, Virgin Australia and Virgin America); Virgin Rail group, which operates trains in the UK; and Virgin Galactic, which plans on bringing travelers to outer space — so helping guide a hyperloop company seems like a natural fit for him.

The speed test is a significant step because the pod is starting to reach speeds faster than many bullet trains around the world like the TGV in France or the Shinkansen in Japan, which operate with a maximum speed of 200mph in commercial service, although they have been much faster in trials.

The company shared a video showing the pod whizzing by in a test tunnel.

And those tunnels are the reason for the new speed record. In a press release the company said that it "tested a new airlock which helps transition test pods between atmospheric and vacuum conditions." Without air resistance, the pods can reach extremely high speeds.

"The tests were conducted in a tube depressurized down to the equivalent air pressure experienced at 200,000 feet above sea level," added the company.

Virgin beat out Elon Musk's own pod, which reached speeds 220mph in August. Musk created the idea of the Hyperloop when he released a white paper in 2013 on the subject, proposing that the Hyperloop could reach speeds of 700 mph and opening the concept up to others for developing.

Virgin Hyperloop One said it would need its test track, which is currently .31 miles long, to be extended at least another 1.2 miles to reach those near speed-of-sound velocities.