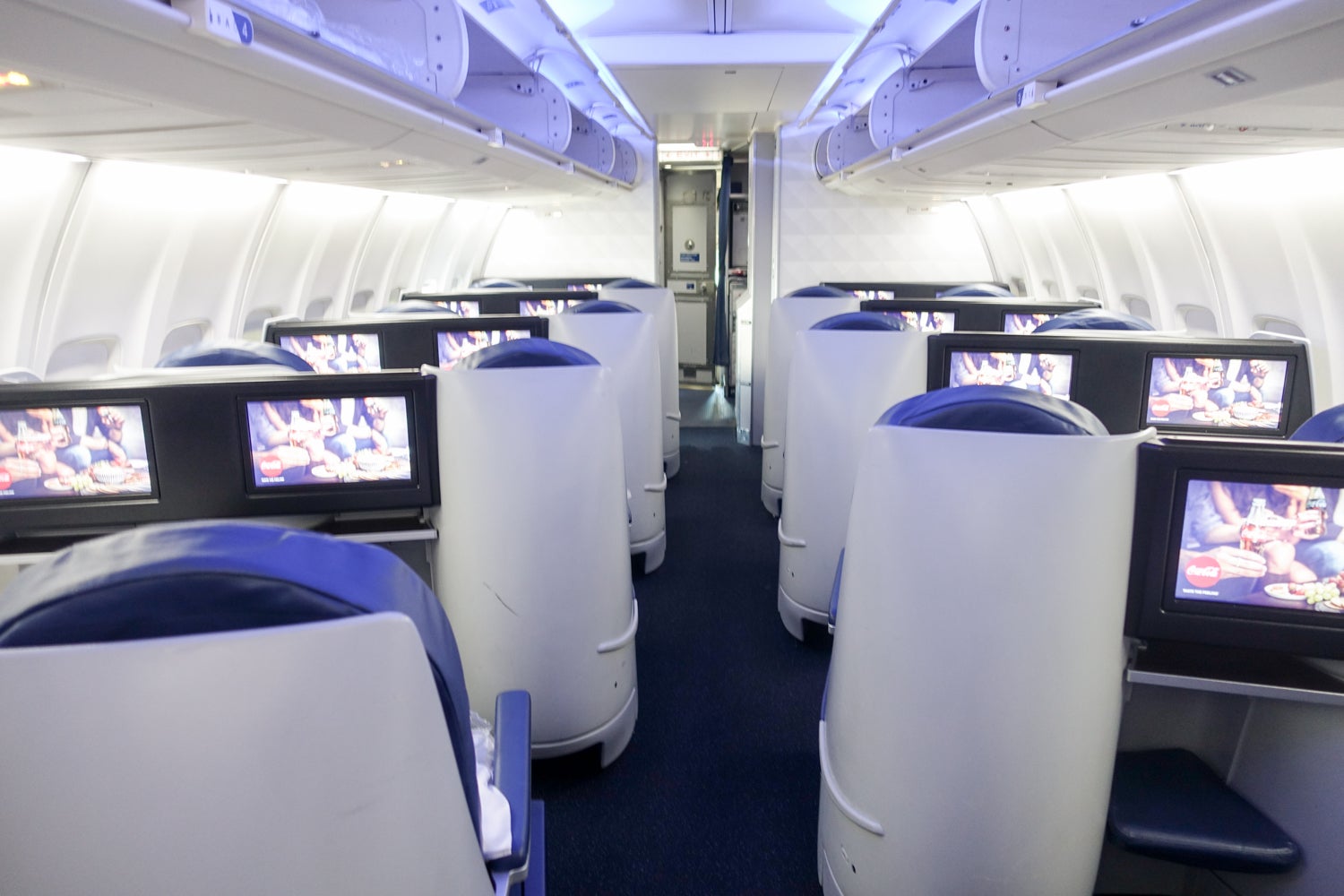 On transcontinental US routes, carriers are adding more perks and amenities to lure passengers, and the Delta One service is that airline's foray into the top-end domestic market. Here's my closer look at Delta's transcon business class from Los Angeles (LAX) to New York JFK.

Similar to my previous American Airlines flight, I booked my flight through the American Express Travel website and used the Platinum Card® from American Express to earn 5x Membership Rewards points — note that I also could have earned 5x MR points by booking directly with the airline. The same flight could also have been booked using Delta SkyMiles, though the number of miles required may have differed because Delta does not publish its award chart. A quick search on Delta's website showed flights starting from 45,000 miles and $5.60 in taxes, which was a steal given the occasional increased welcome bonus of Delta's co-branded American Express cards.

In hindsight, I should have accredited the miles to Air France's and KLM's Flying Blue program for 4,303 award miles (100% base miles + 75% cabin bonus). Flying Blue is also transfer partners with Chase Ultimate Rewards, Citi ThankYou, Amex Membership Rewards and Starwood Preferred Guest, which would have made it really easy to accumulate a large pool of Flying Blue miles. There were a couple of sweet spots on the program, too, such as a ticket from North America to Hawaii in coach for only 15,000 miles and $23.60 each way.

Given Delta's big terminal swap in LAX back earlier this May, I made a mental note in my head to get myself to Terminal 2 instead of its former Terminal 5 home. I arrived a little over two hours prior to the flight and entered via door two where the Delta One check-in counters were located.

Unlike the swanky, self-contained check-in lobby and lounge for Delta One passengers at Terminal 5, the equivalent setup in Terminal 2 was a little more mainstream. Located at the end of the terminal building, there were eight check-in desks available, although only two were manned when I was there. Despite this, I was checked in in under five minutes.

Getting through TSA was a breeze for two simple reasons: TSA PreCheck and CLEAR. I used to think that CLEAR was purely a marketing gimmick, but having experienced its quick sign-up procedures at the kiosks and the fuss-free clearance process (no need for IDs now!), I'm sold. I walked right through security in under five minutes.

A striking flight of stairs led me to the Delta Sky Club on the second floor.

The entrance's wooden paneling, blue glass and plants lining the outside walkway reminded me of the Amex Centurion Lounge in San Francisco (SFO).

There was a variety of seating options.

There was also a row of tarmac-facing workstations with comfortable desk chairs.

On the right side of the lounge was a breakfast spread, and there were Starbucks coffee dispensers.

It has become a habit to check my flight status using the mobile app prior to leaving the lounge; flight delays happen so frequently now that I'd rather find out in the lounge than at the boarding gate. True to form, my flight was delayed. While Delta gave us the option of rebooking on alternate flights at no additional cost, I chose to remain on the flight.

The two-hour delay was caused by air-traffic congestion around New York City. While I was waiting at the lounge, though, I had full view of the nearly 21-year-old Boeing 757-200, tail number N704X, that was about to take me back to JFK.

At 12:17pm, I headed to my gate and found most of the passengers seated and patiently waiting for the boarding announcement. Boarding commenced around 12:20pm, and I entered the aircraft through the L2 door (the common boarding door for 757s).

Not too different from American's transcontinental business-class product, Delta One sported 16 blue, leather-clad, lie-flat seats in four rows arranged in a 2-2 configuration. The seats were slightly angled toward the window to improve privacy.

Each seat was 20.2 inches wide and reclined to a bed 76 inches long. Passengers could also raise or lower the outside armrests for an additional two inches of space.

Placed on each seat before boarding was a plastic-wrapped Westin Heavenly pillow and a large Westin Heavenly comforter. On the center table were two bottles of water, one for each passenger.

As there were no seats in front of the bulkhead, and passengers in the first row got a slightly wider footrest.

There was also a side compartment with AC and USB outlets, and a set of reading lights on the curved wall, for use when the seat was in bed mode.

On a whole, the cabin was generally well-maintained and properly cleaned, except for the side storage area. I was disgusted to find crumbs littered throughout the side compartment, and decided to stow my laptop in the overhead compartment instead.

I reclined my seat fully flat for shuteye, which was easy because of the screen between the two seats, the properly firm pillow and sufficiently warm comforter. The comforter was thinner but noticeably larger than American's equivalent.

Once I'd settled down in my seat, the friendly flight attendant came by to introduce herself and offered me a copy of the inflight menu. She noticed the jacket I had over my lap (coat hooks are apparently not a thing with this seat design), and immediately offered to hang it up.

The side storage compartment contained a set of headphones and a Tumi amenity kit.

I got the new LSTN headphones, but didn't enjoy them. They failed to mold to the shape of my ears — perfectly normal and regular ears — and therefore had really poor noise isolation. The headband was also less padded and uncomfortable.

The Tumi amenity kit shone, however, coming in a well-constructed, zippered bag stiff enough to hold its shape and big enough to use as a travel toiletries bag. It included a pen and mouthwash in addition to the standard offerings. I also appreciated the larger tube of toothpaste.

The in-flight Wi-Fi was fast enough for checking emails and most messaging apps but was otherwise slow.

Just after the last Delta One passenger took his seat, the flight attendant offered pre-departure beverages. I had a mimosa.

When the attendants took meal orders, I opted for the barbecue chicken. There was a comprehensive list of beverages available, but I wished that there were more wines. For my premeal drink, I ordered the Delta signature cocktail, called the Sunrise — Bombay Sapphire Gin, cranberry apple juice and a splash of ginger ale. It came with warm mixed nuts.

My starters were roasted shrimp and watermelon over arugula and feta cheese, which was filling and flavorful, and a panzanella salad. After that, I had a smoky Southwestern corn chowder.

My barbecue chicken came with wheatberry risotto, roasted baby carrots and a peach barbecue sauce. While not the most visually appealing of dishes, the chicken was warm and tender, and the peach sauce sweet and tangy. My seat partner got a tart made with summer squash, tomato and Vidalia onions, and the flight attendant offered her grated Parmesan cheese from a bowl — rare on an airline.

After the main course came a choice of desserts: a selection of fine cheeses or a sundae. I chose the sundae. Attendants also offered a freshly heated cookie an hour prior to landing, but I found it thin and chewy. Right before landing, we were offered chocolates and mints.

Count me a fan overall. The seats were fine, the service was polished and professional, and the flight attendants took the initiative to address the passengers' needs without prompting.