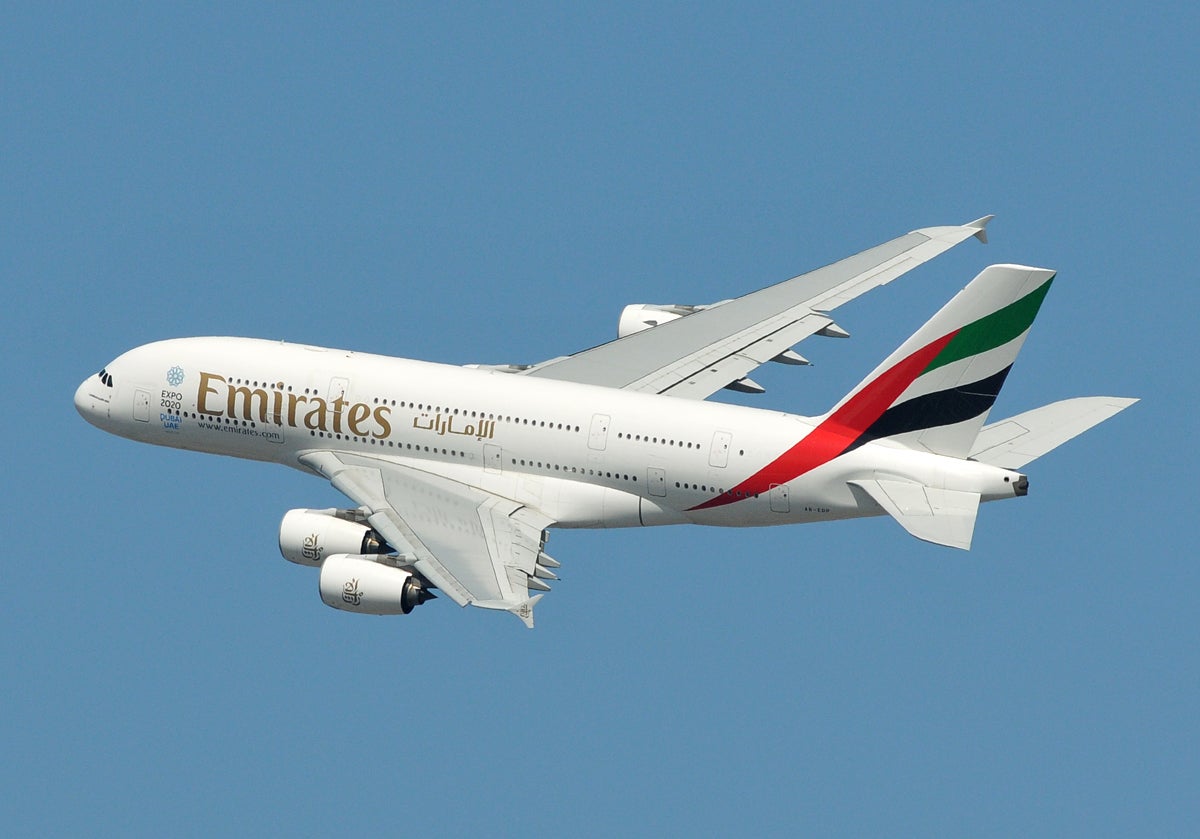 Report: Airbus Plans to Shutter A380 Program Unless Emirates Orders More
This post contains references to products from one or more of our advertisers. We may receive compensation when you click on links to those products. Terms apply to the offers listed on this page. For an explanation of our Advertising Policy, visit this page.

It's an open secret in the aviation world that the Airbus A380 program is on life support. Since early 2014, Airbus has only secured orders for just five more examples of its behemoth four-engine aircraft. Over the same time, it's gotten cancellations notices for nine that were previously ordered. That's a net of negative four aircraft orders in four years.

Programs such as the manufacturer's "I Fly A380" initiative have failed to drive enough A380-specific demand for the aircraft to keep the airline orders coming. The original A380 aircraft has been retired by Singapore Airlines after just 10 years of service.

Now, it seems that the end of the A380 is getting closer and closer to being a reality. Citing three sources familiar with the matter, Reuters reports that Airbus is planning to shut down production of A380 unless it can secure another large order from Emirates. Already Airbus' largest A380 customer, Emirates recently took delivery of its 100th A380 and currently operates 101 of the 221 A380s in the skies today.

Both Airbus and Emirates have declined to comment on the Reuters report.

What is known is that Airbus is going to slow down its already-slow Airbus A380 manufacturing schedule:

Presumably, this slowdown is designed to stretch out the last 96 unfilled orders — 47 of which analysts believe will be cancelled — long enough to hopefully score more orders to extend the program's life.

This report has the potential to become a self-fulfilling prophecy. Emirates has expressed concerns about ordering more A380s if the aircraft manufacturer doesn't continue to produce the aircraft for other airlines.

Once the eventual A380 manufacturing shutdown occurs, it'll become increasingly difficult for Emirates to maintain the 142 A380s that it's ordered and presumably wants to operate — or sell for a reasonable price. The Dubai-based carrier's doubts are surely not going to be soothed by news that it's the only lifeline the A380 has.

Another possibility is that this report could lead Emirates to double-down by ordering more A380s, hoping to prolong the program long enough for other airlines to come around to it. Airlines are currently ordering more "long and thin" aircraft like Boeing's 787 Dreamliner and the Airbus A350. But, as air traffic continues to rise, the A380 could once again become a viable option for airlines looking to move tons of people from point A to point B.

We still don't know exactly how this will play out, but for now, things aren't looking good for the A380. We certainly hope the A380 program will continue on for many more years, but with the fate of the program seemingly in Emirates' hands, it could very easily "pull the plug" on the aircraft.