What Your Luggage Says About You When You Fly 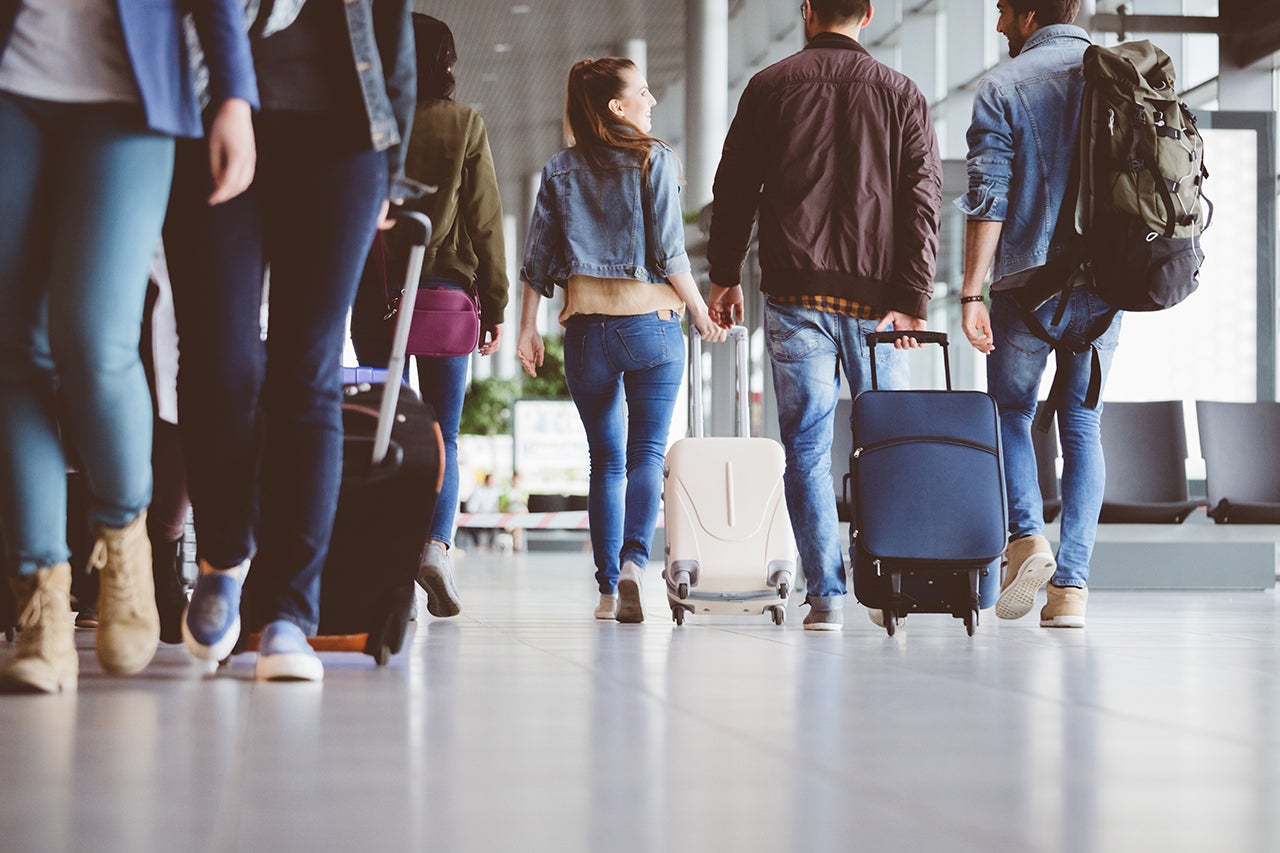 You may think you have your dirty laundry zipped up tightly into your hardshell carry-on, but is your Samsonite giving up your secrets more easily than a TSA-approved lock? According to psychologists, they can tell a lot about you just by the luggage you carry.

Here's what they say your suitcase says about you when you fly.

Insist on carrying on all your baggage rather than giving it up to the gorillas on the tarmac? You may have trust issues.

"Carry-on is all about control: You want to control the whereabouts and safety of your belongings, and you want to control your time," Jonathan Bricker, professor of psychology at the University of Washington, said. "You have to put in trust when you're checking a bag. You're giving up control to a system and trusting that they're going to take care of your baggage and it's going to get there on time without any damage at all."

With backpacks, it's all about freedom and self-sufficiency.

"A backpack is about indepedence," Bricker said. "This is a person who's carrying all of their belongings on their back, surviving on just what's inside. They tend to be much more independent and independent-minded people."

The Color of Your Bag

Sure, the vast majority of the bags you see on the carousel at the end of a flight are basic black. But when you see someone who's broken out of the one-color palette? That could be a big hint about your personality, psychologist Jennifer Baumgartner, author of You Are What You Wear: What Your Clothes Reveal About You, said.

Someone who picks red luggage could be sending a signal, consciously or not, that he or she is open to the idea of romance. Yellow, on the other hand, is a pretty clear indicator that the owner isn't shy about standing out in a crowd, while orange, associated both with comforting autumnal shades and blaze-orange safety warnings, is an unspoken warning that the owner treasures his or her security.

"The response to orange is to avoid," Baumgartner said. "They're setting up a wall."

Green and blue, both perennial favorites across a wide spectrum of people, could demonstrate a lot of things about the person at the other end of the handle.

"They're responding to the nature factor, the cool and refreshing and calming feeling," she said. "So maybe they're looking for that when they travel. Within an urban environment, do they want to elicit a feeling of being outside in nature? Is that comforting to them?"

Purple, long associated with royalty, is attractive to people who themselves feel the need to project an aura of being upper-class, sophisticated or elevated in society, Baumgartner said. Pink shades, still strongly associated with young girls, are how adult travelers might be signaling to the world that they're trying to connect to the feeling of youthfulness. And good old black? That's a person who doesn't want to stand out and is more about practicality or economy over expressing himself or herself through luggage.

Still, a colorful bag may above all mean that the owner is a seasoned traveler. After all, any color is more visible against all the generic black bags on the carousel, making it that much easier and faster to collect belongings and leave the airport.

Four-wheeled roller bags -- the kind you don't have to tip over to pull -- show a couple things, Bricker said. One, they are the sign of a private person. Two, they're a sign of basic awareness of the needs of other people, since they take up a lot less space. (They can be wheeled around while completely vertical.) Less considerate are those people who lug around bulky, overfilled handbags that swat every seated passenger in the face as they try to find their seat on a plane.

"The four-wheel roller gives you privacy from others, but's also about how considerate you are toward others," he said. "Watch the next time you're on a plane and take note of the seated passengers' reactions as other passengers are boarding the plane. How much you bring on the plane brings up questions of whether you're taking up more than your share of space in the shared airplane cabin. How big and intrusive your carry-on is is a sign of how oriented you are toward other people. Are you taking the minimum amount of space you can?"

Fancy Bags, and Lots of 'Em

"Luggage these days is one of the most clear identifiers of financial position," Los Angeles psychologist Seth Meyers said. "You can't tell anymore if a woman wearing a little black dress spent $100 or $1,000 on it. But we all know how much luggage costs when we see it. People who are status-conscious will invest in the finest luggage. They want others to see them as the crème de la crème."

Want to really make a splash at arrivals? Make sure you have more bags than everyone else. Like way more.

"The number of pieces of luggage is meant to be an indicator of status," Meyers said. "When you picture a Zsa Zsa Gabor type, you see someone wheeling vast amounts of luggage."

Related stories
Legislation that could gut credit card rewards set to move through Congress
Would you stay at 1 of these 8 haunted hotels this Halloween?
Southwest winter flash sale: Get one-way flights for as low as $29
You can currently buy points and miles with up to a 100% bonus — but should you?
Featured image by izusek / Getty Images