What Your Clothes Say About You When You Fly 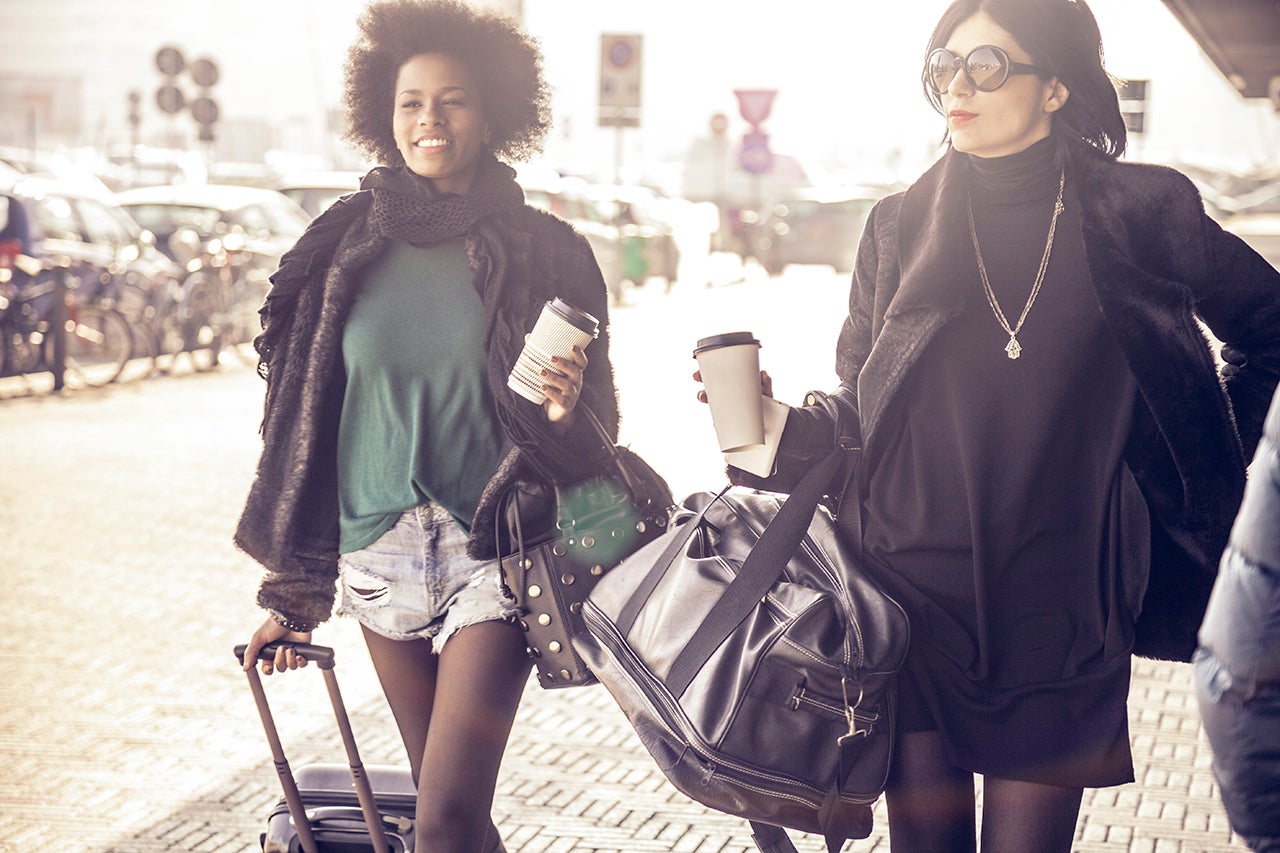 When you head to the airport, are you dressed in an impeccably matched business suit and wingtips? Or are you more likely to be racing to the gate in unlaundered sweats and flip-flops?

Either way, you may want to rethink your flight wardrobe, because your in-air sartorial sensibilities are telling your fellow passengers who you are.

"The image that a person wants to present has to do with their unmet needs and how they want others to see them," said Seth Meyers, a psychologist in Los Angeles.

In other words, celebrities and kings may be above the human concerns of fashion when it comes to flying, but the rest of us are definitely not the makers of manners. Instead, we are what we wear.

And here's what what you wear when you fly says about you, according to psychologists.

It may seem like common sense, but psychologists said that how neatly or sloppily you dress when you fly can be a clear indicator of how conscientious you are in your everyday life.

"If someone hasn't done their belt buckle, or if their shirt is not tucked in, if the shoes are shined or unclean and the clothing is wrinkled or pressed — these are indicators that give you a sense of who they are," said Jonathan Bricker, professor of psychology of the University of Washington, in Seattle.

"You've probably seen someone at the airport dressed to the nines, who obviously put effort into what they were wearing," Meyers said. "The man in the suit with the polished shoes and the woman with the hair perfectly coiffed? That's someone who's very image-conscious and has a need to be seen as attractive to be noticed."

The palette your ensemble draws from makes a statement too. According to Bricker, the flashier or more unusual the colors, the more outgoing and outward-facing you typically are. Think red, orange, bright green and pastels.

"An extrovert is saying, 'Look at me!'" he said. "It's brave to wear something colorful, and it says you're willing to experience people's perceptions of you. It also shows an openness to new experiences. Unusual colors or design? To be able to wear these kinds of things in a public place where you're going to be seen getting on and off a plane is a measure of extroversion."

"The more unusual the color is, the more the person is looking for attention and to be noticed — especially red," Meyers said.

On the other hand, people who wear dark and muted colors like black, gray and brown are trying consciously or subconsciously not to stick out.

Why Shoes Are So Important

If there's a single item of dress that says more about you than anything else, it's your footwear, the experts said. They can give out big hints about your line of work, your hobbies, whether you prioritize comfort or aesthetics, and much more.

But on a plane, where today's average traveler just wants to be comfortable and not suffer too much from the swollen feet that come with the altitude, shoes can be harder to gauge. At the same time, that's what makes it so remarkable when someone on a plane chooses to lace up something besides sneakers, pull-on boots or comfy loafers.

"If someone's shoes are shined and they're wearing them on a plane, where most people wear comfortable shoes these days, that's your marker that this is a conscientious person," Bricker said.

That goes double for glamorous but impractical high heels, which are becoming rarer on flights in this day and age.

"A woman who looks great in five-inch heels is not making a good decision while traveling through an airport — you're going up and down steps, from the jet bridge to the airplane, so they're not sensible at all," Meyers said. "If you see that, you know that this is someone who values getting attention more than comfort or even safety."

On the other end of the spectrum are those who fly in flip-flops or even less.

"Flip-flops are comfortable, but they show that this person is more focused on comfort than anything else," Meyers said. "I actually don't think flip-flops are respectful to your fellow passengers, because feet sweat and are smelly."

Want to really push the boundaries? Go barefoot when you fly, and display the ultimate in selfishness.

"It's about being very independent, not considering others or thinking of others on the airplane," Bricker said.

"Most people aren't going to be wanting to sit next to someone in bare feet, and you can infer that this is someone who's thinking about their comfort level as opposed to the comfort level of others," Meyers said.

The Real Meaning of Logos and Brand Names

If your clothes come covered in brand logos, flashy phrases or eye-popping icons, it can mean more than that you're a proud fan of, say, the Houston Astros. For extroverts, wearing an instantly recognizable symbol on your clothing is about putting out a conversation piece.

"They like to talk to seatmates on an airplane, and are happy to talk to the other people in line," Meyers said. "People who are more gregarious and like more interactions with people like to feel connected, and schmoozers do things like wear sweatshirts with their favorite baseball teams or college logos. If I'm somebody who wore a Vassar t-shirt while traveling, I probably thought that morning, 'Maybe somebody who knows Vassar will find me.'"

That said, high-end brand names and accessories are a slightly different matter.

"Jewelry, Apple Watches, the things people wear to appear to be from a monied class of people — that is someone who really wants to impress and who derives gratification from people noticing them," Meyers said. "It makes them feel self-important."

Of course, the irony is that the more a person makes an effort to prove how superior he or she is, the more it's apparent that the opposite may be true, at least in his or her heart.

"The higher your self-esteem, the less you care about impressing anyone — especially strangers," he said.

The most important thing to know about what people wear when they fly, however, is that you can't judge a book by its cover, and you can't substitute snap judgments for really getting to know someone, said Pauline Wallin, Pennsylvania psychologist and author of Taming Your Inner Brat: A Guide for Transforming Self-Defeating Behavior.

"Sometimes you just really like flamboyant shoes," she said.