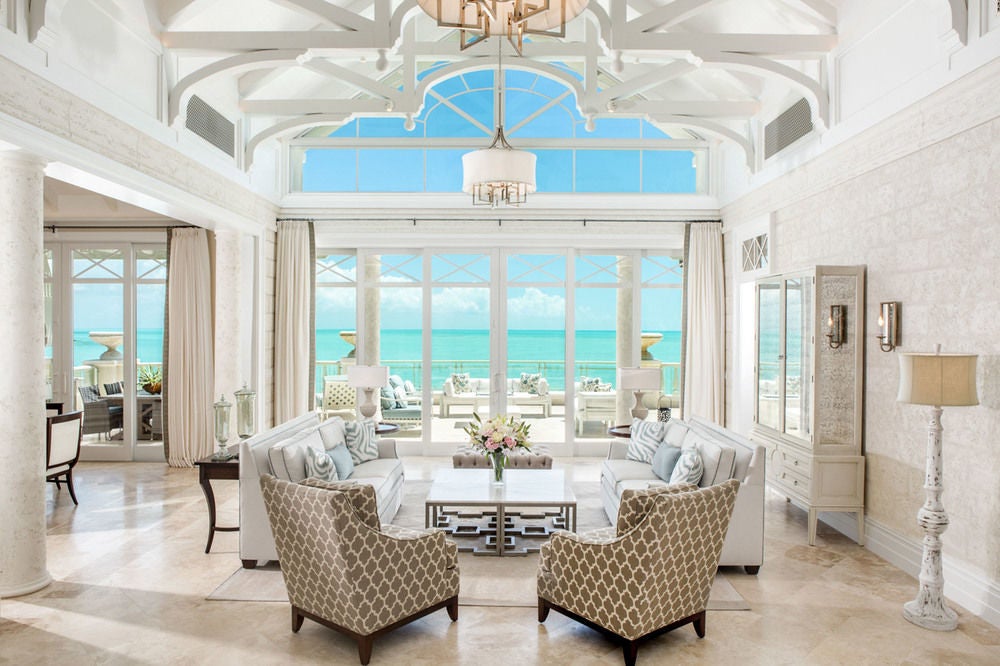 6 New Caribbean Hotels Fueling Hurricane Relief Efforts
This post contains references to products from one or more of our advertisers. We may receive compensation when you click on links to those products. Terms apply to the offers listed on this page. For an explanation of our Advertising Policy, visit this page.

Welcome to Caribbean Comeback, in which TPG shines a post-hurricane, pre-season spotlight on the region. Stay tuned for more stories throughout the week, and be sure to share tips in the comments if you're planning an upcoming trip.

Within the past two months, hurricanes have clobbered the Caribbean, causing widespread devastation to destinations popular with American travelers, just ahead of high season. It might seem superficial to be thinking about how holiday travel might be affected while residents are still struggling without water, power and mainland leadership, but tourism is a massive economic engine for the Caribbean, and the act of traveling there this winter will be one way vacationers can help fuel relief efforts — especially as so many islands continue to rebuild. If you're a regular Caribbean-goer looking for an exciting new hotel to check out this season, consider booking at one of these six new — or newly renovated properties — which are all making an effort to give back.

Lowdown: Part of the Lesser Antilles, Anguilla sustained significant damage during Irma. One of the island’s most luxurious resorts is the Four Seasons, formerly a Viceroy hotel, which changed management in October 2016. In September, Barry Sternlicht, CEO of property partner Starwood Capital Group, told Forbes that “The property was ripped apart; it looks like a bomb went off,” but after a month of assessment, Four Seasons reps now say most of the damage is cosmetic, not structural, and the Barnes Bay resort is in the process of getting its white-and-tan, garden- and ocean-view suites back in tip-top shape.

Aid Efforts: Four Seasons and Starwood Capital, along with other Anguillan resorts like Belmond Cap Juluca, Auberge's Malliouhana and Zemi Beach House, organized the Anguilla Stronger Emergency Relief Fund, which funds a relief center (opened last week at the Four Seasons) to distribute essential items to residents. All of the employees (more than 1,000 in total) are able to use the services at the relief center for free: daily lunch, potable water to take home, showers, ironing stations, internet access and charging stations for cellular devices.

Lowdown: After Maria smashed into Puerto Rico, her northwest track spared much of Punta Cana, the Dominican Republic’s most popular resort area, which is separated from Puerto Rico by only 72 miles of water. This April, Eden Roc completed an expansion on the Cap Cana development on the island’s eastern tip, right where the Caribbean meets the Atlantic. The only Relais & Chateaux property in the DR, the renovation introduced a beach club, new Japanese-Peruvian restaurant and 26 magnificent oceanfront suites with separate living and dining rooms, deep soaking tubs and water views.

Aid Efforts: Eden Roc’s annual Thomas Keller Gastronomy & Golf Weekend is scheduled for November 16-20. A four-night package (starting at $5,000 a night) includes accommodations in a junior, one- or two-bedroom suite, a meet-and-greet cocktail reception with Keller, two rounds of golf and more. A hefty price tag, for sure, but Eden Roc is donating part of the proceeds from sales of this weekend to the Caribbean Tourism Recovery Fund.

Lowdown: Turks & Caicos was hit by both Irma and Maria, but the Shore Club, which opened in January on Long Bay Beach, escaped major damage and reopened after minor repairs. The Hartling Group, whose TCI portfolio also includes the famous Sands at Grace Bay and the Palm, owns the resort. Done in white and shades of blue and khaki, the rooms start at 640 square feet for a junior suite and go all the way up to a three-bedroom, three-and-a-half-bath executive penthouse.

Aid Efforts: The Hartling Group’s annual In the Pink fundraiser for the Turks and Caicos Cancer Society, originally scheduled for October and cancelled because of the hurricanes, is now scheduled for November 18. It’s like a fancy garage sale for expensive designer clothes at the Palm, and this year proceeds will be split between the Cancer Society and local relief organizations.

Lowdown: Virgin Gorda, one of Britain’s Virgin Islands, sustained serious damage during Irma, which was then worsened by winds, rain and storm surge from Maria (even though it didn't make a direct hit). On the island's southern end, the historic Rosewood Little Dix Bay — the resort was originally founded by financier Laurance Rockefeller in 1964 — was in the midst of a massive renovation and scheduled to debut the enhancements (new plunge pool suites, new gardens that will supply the spa with local botanicals) this winter. But sadly, it was damaged significantly by the hurricane and repairs are ongoing.

Aid Efforts: In the immediate wake of Irma, Rosewood Little Dix Bay set up a Virgin Gorda Hurricane Irma Relief fundraiser. Running from September 12 through October 10, the fund received more than $78,000 for Unite BVI, a nonprofit foundation committed to supporting the island’s reconstruction by distributing aid and much-needed supplies to communities in Virgin Gorda and Tortola. Rosewood Little Dix Bay has also helped in the local recovery effort by supplying first responders with gasoline, water and transport to the other Virgin Islands so they can assist with search-and-rescue operations.

Lowdown: Another Turks & Caicos property, Sailrock sits on quiet South Caicos island, which took the brunt of Irma; the hurricane left 80-90% of homes damaged, according to CNN. Originally opened in January 2017, Sailrock is already in the midst of planned and unexpected renovations and should be back in business before the New Year with a new beachside restaurant, the Cove, and a spa coming later in 2018.

Aid Efforts: For kids on South Caicos, Irma's strike coincided with the start of the school year. To keep the students of Calvary Christian School on schedule to return to class, Sailrock donated back-to-school packages loaded with pencils, pens, notebooks and pencil sharpeners and cases for every pupil. Also, Colin Kihnke, Sailrock Development Limited's president and director, pledged a dollar-for-dollar match (up to $1 million) for all contributions to the South Caicos Heritage Foundation.

Lowdown: The Caymans are located in the far western Caribbean, largely out of the hurricane impact zone, so there’s been no slowdown in the Westin Grand Cayman’s rollout of the second phase of its two-part $50 million renovation. Located on the island’s famous Seven Mile Beach, the Starwood property has redone everything from the lobby and palm-studded pool to the modern white, turquoise and navy rooms. And the SPG hotel is running a special deal for travelers through December 22: The fifth night is free, resort fees are half off and every reservation comes with a $50 resort credit. Redemptions start at 12,000 Starpoints.

Aid Efforts: The Westin is donating $10 from every daily resort fee to the Caribbean Hotel & Tourism Association’s One Caribbean Family initiative. From the website: “Donations made through the initiative are sent to the Caribbean Tourism Recovery Fund managed by Tourism Cares, a non-profit organization which has partnered with CHTA to anchor the tourism industry’s hurricane recovery efforts in the Caribbean.”

Ready to start planning? Here are TPG's recommendations for getting to the Caribbean via points flights this season.