My Experience Successfully Entering Turkey En-Route to the US 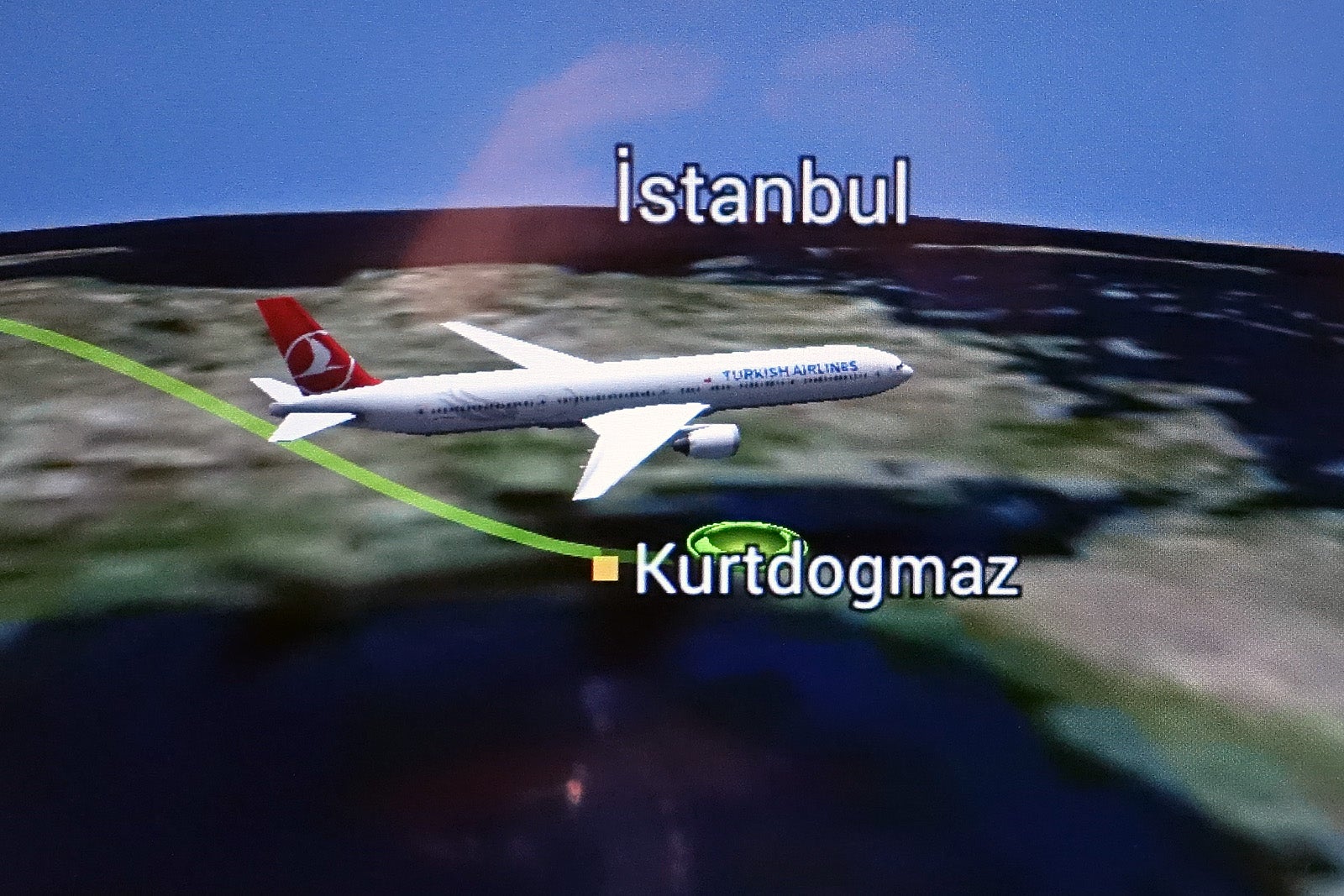 My Experience Successfully Entering Turkey En-Route to the US
This post contains references to products from one or more of our advertisers. We may receive compensation when you click on links to those products. Terms apply to the offers listed on this page. For an explanation of our Advertising Policy, visit this page.

Update 12/28/2017: The Turkey-US visa spat has been resolved and now Americans are able to easily apply for Turkish e-visas once again.

After a fantastic few days at the Dubai Air Show, where I got to hang out in Emirates' spectacular new first-class Suite and tour some pretty incredible private planes, including this decked-out Dreamliner, it was time to head home to New York.

Back in early October, I had decided to fly Turkish Airlines home from Dubai, and given that it was the same cost to add a stop in Istanbul — and I had yet to visit Turkey — I figured I might as well spend a couple days there. Never in a million years did I think Turkey would discontinue issuing visas for US passport holders just a few days after I booked the flight.

Given how quickly the ban went into effect, I assumed there was a fairly good chance that Turkey would once again welcome American tourists by the time I was planning to fly this week. So rather than call the airline for a refund or an itinerary with a shorter layover, I decided to take a chance and keep my reservation as is.

Armed with a bit of confidence following JT Genter's recent experience making his way through immigration in Istanbul, I crossed my fingers and showed up at Dubai International Airport (DXB) Thursday morning without a Turkish visa. Much to my surprise, the agent's computer spit out my boarding pass and he didn't ask any questions — he simply handed me a lounge pass and sent me on my way.

Honestly, I was shocked — at the very least I thought I'd have to explain that I should be eligible for entry as per an unofficial policy granting US passport holders visas when they're arriving from a country other than the US. The challenge for me was that I was continuing on to New York, with a 48-hour stop in Istanbul. From what I've read, I'm technically not eligible, since I'm heading straight back home.

Since I had to pass through immigration in Dubai before making my way to the gate, I figured I was free and clear at that point, and I was right — I wasn't asked about the visa at the gate, and made it onboard my 777-300ER to Istanbul without a hitch.

I originally thought the biggest hurdle would be convincing Turkish Airlines to let me on the plane — once I arrived in Istanbul I'd be in the clear. Turns out that wasn't really the case — the immigration officer went out of his way to find a reason for me not to enter, as I'll explain in a moment.

After deplaning at a bus gate (ugh!), I made my way to immigration. My first stop was the e-visa terminal, but since I didn't have any success getting an e-visa online, it probably wasn't going to happen at the airport, either. That turned out to be the case — the kiosk directed me to "the nearest Turkish Embassy or Consulate." Uh oh...

Next, I decided to try going through immigration without a visa — if they didn't look at check-in, perhaps I'd get lucky with border control, too? The regular immigration line was out of control, but a "Fast Track" lane specifically for Turkish Airlines business-class passengers had only one person queued up.

Within a minute I was speaking with an immigration officer, who proceeded to thumb through my passport looking for a visa. When he didn't find one, he asked me where I was coming from. I said Dubai, and he sent me over to an area labeled "Passenger Documents Check."

I queued up there for a couple minutes, and then the agent called me over. After carefully examining literally every stamp and boarding pass stub in my passport, he too asked where I was coming from, and I again said Dubai. He then asked where I had been immediately prior to to there. I had to think for a moment — I assumed he was trying to figure out if I had flown from the US to Turkey through Dubai, and while I technically had, having come from United's final 747 flight to Hawaii, luckily I had decided to enter Korea during my layover. So, as far as that agent was concerned, I was coming from Dubai, and Korea before that.

Satisfied that I wasn't trying to skirt the rules by flying from the US through Dubai, he gave me the same slip of paper with a red stamp that JT had received a few weeks back, and sent me over to purchase my visa.

There wasn't anyone waiting for a visa, oddly enough, so once I handed over my passport, the stamped slip of paper and $30 cash, another agent stuck the visa in my passport and handed it back right away.

Next, it was time to go back to immigration, and I once again made my way to the business-class line. I landed the same agent I had before, who didn't seem amused to see me again. I showed him the visa, but he still wasn't satisfied, so he asked me again where I was coming from, and which country I had visited before that. He then called the "Passenger Documents Check" agent to confirm that we had indeed spoken.

When it seemed likely that I was about to be sent on my way, the agent then asked where I was going next. Oddly, that hadn't come up before, but as I had previously feared, it seemed that not only could I not be flying from the US to Turkey, or from the US to Turkey through another country, I also couldn't be continuing on to the United States. He never specifically stated this though, so in response to his question of where I was going, I said "Park Hyatt," the name of my hotel. I got a slightly confused look, but he reached for his stamp, endorsed my visa and waived me through. Phew!

In the end, I got lucky. Had I not decided to enter Korea en-route from Hawaii to Dubai, I would have likely be denied entry to Turkey. Similarly, if I had answered the "where are you going next" question with "New York" instead of "Park Hyatt," I bet the agent would have denied me entry. I also dressed professionally and was especially friendly with everyone I interacted with, from the check-in agent in Dubai to the final immigration officer in Istanbul — there were a half dozen individuals who could have decided to leave me stranded, so I really lucked out here.

Officially, it's not clear who can get a visa at the border. For example, the US State Department states the following:

On November 7, 2017 the Government of Turkey announced the resumption of limited visa services. U.S. citizens may request in–person appointments for visas at Turkish Embassies and Consulates in the United States and abroad. U.S. citizens cannot obtain new e-visas, and most airport visa options for U.S. citizens remain suspended.

Of course, if you already have a Turkish visa, you can enter the country scot-free. If you don't, based on my experience today and reports I've seen online, you must meet the following requirements in order to be eligible for a $30 visa at the border.

Now, in my opinion, this is nonsense. If they're going to let US passport holders into the country at all, applying these frivolous restrictions doesn't make a whole lot of sense. Plus, since I have a visa now, I can return to Turkey directly from the US as long as I do so within 180 days. So besides making things inconvenient for American visitors, I'm not sure what any of this accomplishes.

That said, I'm grateful that I was able to get into the country today. Not only am I getting to visit Turkey for the first time, with a fantastic rate at the Park Hyatt, had the immigration officer decided not to grant me entry, I could have very well been stuck in the transit area for a full day, given that the next flight to New York appeared to be full.

Even though I was successful, I wouldn't recommend risking it unless you're traveling solo or with a very patient partner — getting stranded in the transit area is no fun, and while I imagine Turkish Airlines agents would do whatever they could to get you home quickly, it's much harder to accommodate multiple people on a last-minute flight. And I'm hopeful that this whole situation gets cleared up quickly and that e-visas once again become officially available to US passport holders.