The Best Meal I've Ever Had on a US Airline 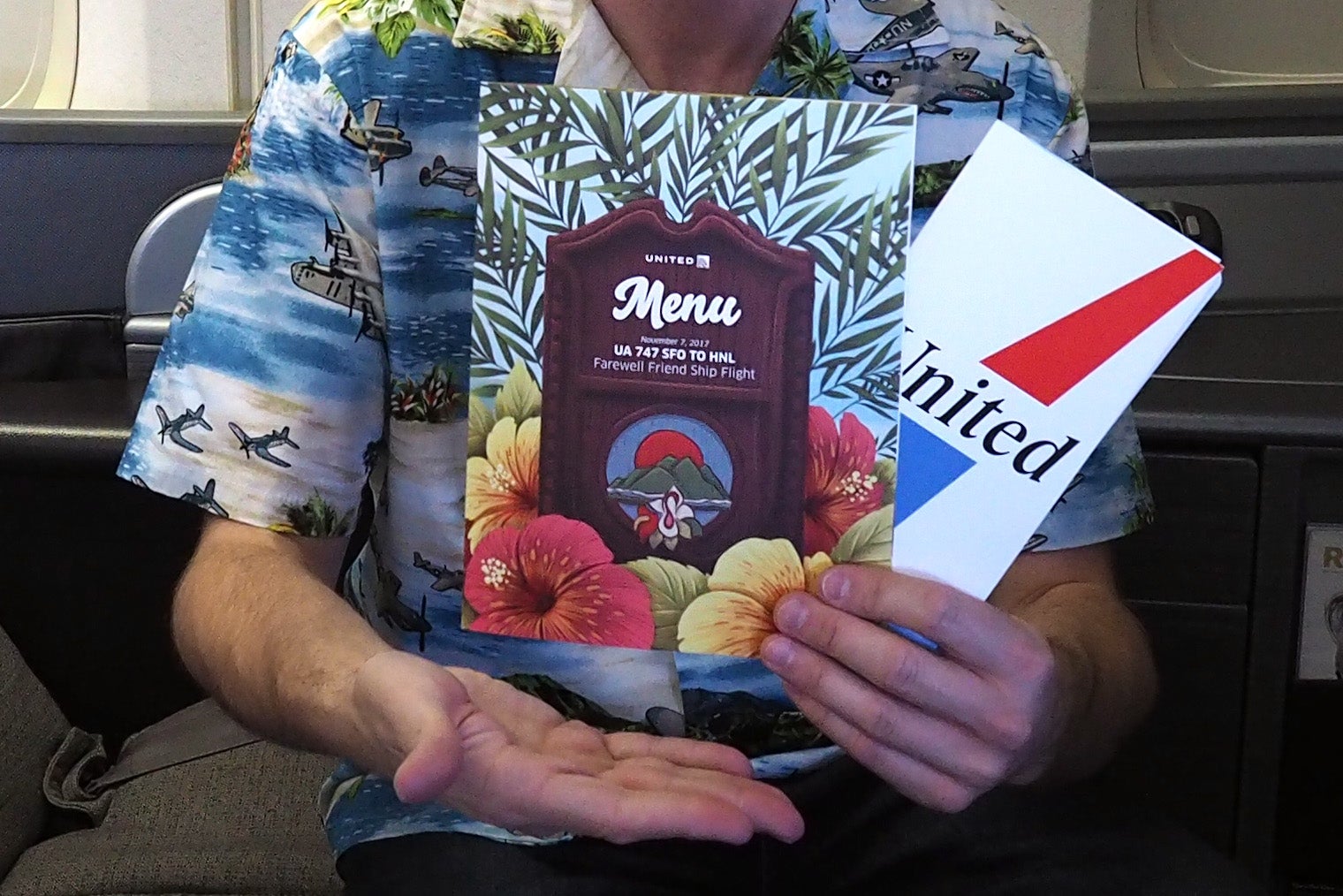 The Best Meal I've Ever Had on a US Airline
This post contains references to products from one or more of our advertisers. We may receive compensation when you click on links to those products. Terms apply to the offers listed on this page. For an explanation of our Advertising Policy, visit this page.

I'll never forget my best in-flight meal — it was a year ago this month; my first time flying first class on Asiana's A380.

Not only was there a ton of food, it was also insanely delicious. It was Korean food, which wouldn't ordinarily be my first choice, but if I could get those dishes at a local restaurant, I could easily see myself visiting once a week. It was that good.

As Assistant Editor Nick Ellis concluded in his detailed look at Tuesday's final voyage of United's now-retired Boeing 747 from San Francisco to Honolulu, our final trip on United's Queen of the Skies, appropriately assigned the number UA 747, was a flight unlike any other. United set out to recreate a 1970s-era in-flight experience, down to the five-course economy meal. The airline succeeded.

While Nick was bringing up the rear in seat 50K, I had managed to score 1A, at the very tip of the plane.

That meant I qualified for a "premium cabin" meal, which, believe it or not, wasn't all that much of an upgrade from coach. That'll give you an idea of just how good the in-flight lunch was.

My first-class meal, meanwhile, was even more elaborate.

Even the menu itself was impressive — it was crafted just for this very special flight, and even printed on some kind of fancy plastic fabric. I'm no expert when it comes to printing materials — just trust me; it was legit.

While Nick's meal consisted of five courses, mine had six — or seven, if you count the drink service with macadamia nuts, or perhaps even eight if you include the crazy after-dinner drink cart, which I'll show you in a minute.

First up was the Mai Tai. Interestingly, Nick managed to get four of these in economy, but in first class I was told we'd been allotted just one. They're very sweet so I was perfectly fine without a second, or a third, or a fourth of my own, and this discrepancy was the only service hiccup of the flight.

Next, we had a "cocktail snack," consisting of a Kalua pork wonton with hoisin sauce and warmed coconut shrimp with mint chutney. Both were very tasty.

From there, it was appetizer time — premium passengers each received three grilled shrimp with a papaya mint relish and cocktail sauce.

For my entree, I opted for the grilled mahi mahi with jumbo lump crab, at the flight attendant's suggestion. The fish was loaded with crab — and everything was cooked perfectly. Delicious.

Next up was dessert — namely United's regular sundae cart, with a Hawaiian twist.

Finally, there was second dessert — a luau ambrosia parfait, with mandarin oranges, pineapple, marshmallow, whipped cream and coconut. It was a bit too creamy for my taste, but did I really need two heavy desserts? 747 fan and Global Services member Jason DiVenere didn't seem to object!

Then, toward the end of the flight, the crew came through with a super-cool beverage cart, with green creme de menthe kept on dry ice. Made for some fantastic photos.

And boxes of See's Candies.

Everyone even got a special United Flight 747-branded Coca Cola!

As you can probably tell, this flight was a ton of fun for everyone involved, from the passengers lucky enough to fly in first class to the flight attendants working throughout our 747.

That said, this was an incredibly challenging flight to work. The crew had never prepared these dishes before, and there were more courses that you'd find even in Polaris First Class on a long-haul international flight. There were also dozens of passengers gathered in the galleys and aisles throughout the flight, though from what I saw the flight attendants were all incredibly patient, and avoided spoiling the festive mood.

It also didn't hurt that United Executive Chef Gerry Gulli, who helped develop the menu, was on board to work the galleys and oversee service, as were managers from the Inflight Services team.

I have to say, all of that hard work really paid off. This was a very very special flight — easily my most memorable to date. With a sky-high ticket price, I'm eternally grateful to TPG for giving me and Nick the opportunity to join. Though having now experienced United Flight 747, I wouldn't hesitate to drop another ~$2,000 for the chance to join again, if such a thing could ever exist.

Aloha from Hawaii, and stay tuned for more from Flight 747 in the days to come!