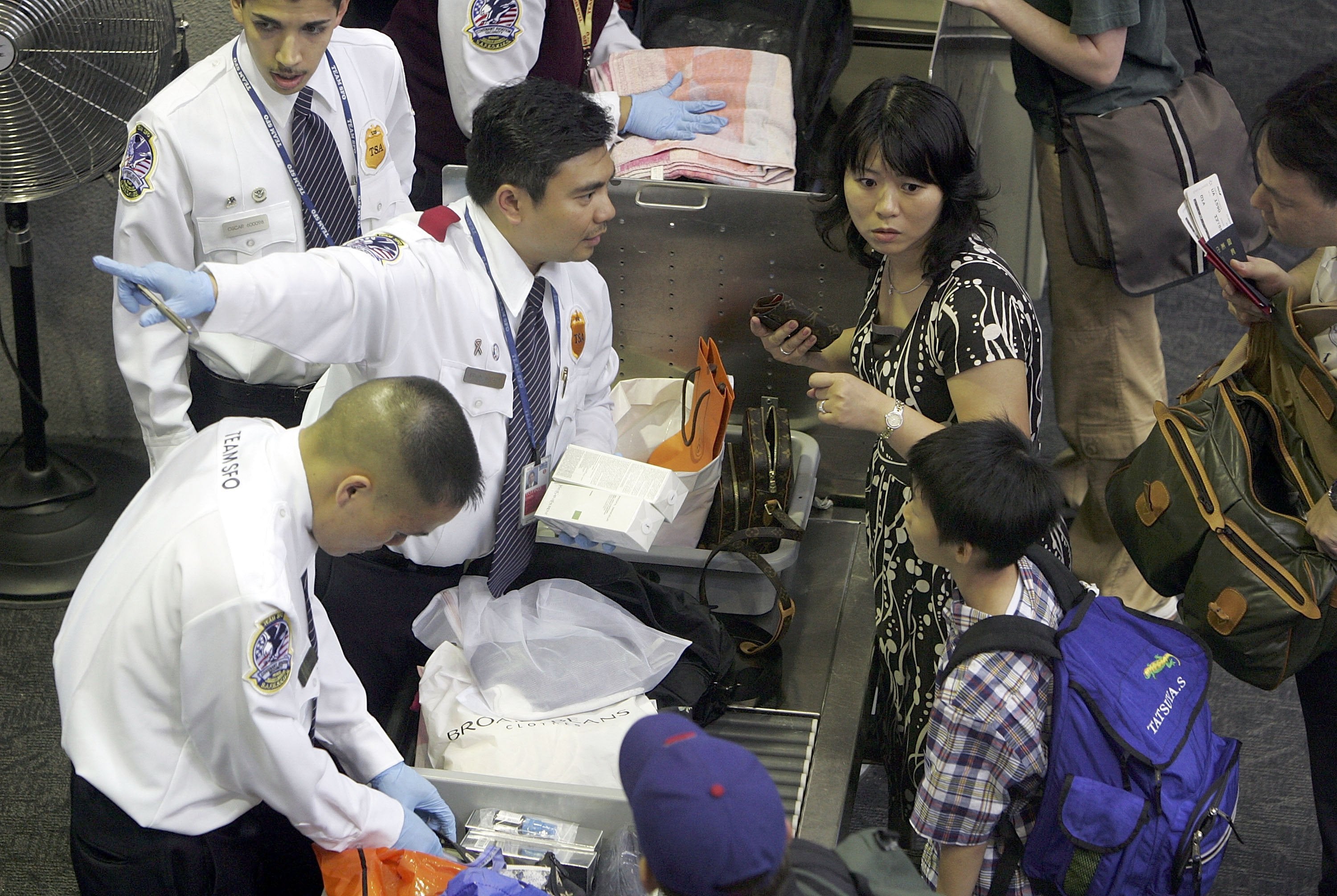 The 5 Craziest Things Passengers Tried to Sneak by the TSA in October
This post contains references to products from one or more of our advertisers. We may receive compensation when you click on links to those products. Terms apply to the offers listed on this page. For an explanation of our Advertising Policy, visit this page.

Another month, another list of crazy things passengers tried to sneak by TSA when traveling. The TSA's Instagram includes cheeky posts about all things people attempt to take with them on their flights, either by carrying on or checking it in their bags, that are obviously not-TSA-approved items. At least some of the ones we've rounded up for you were trying to get in the Halloween spirit. All in all, it's just another month of confiscated deadly weapons and explosives at US airports.

1. Loaded Firearm...Hidden in a Wheelchair Cushion

Well, that's one way to attempt to sneak in a loaded gun. I've heard of people sneaking in mini bottles of alcohol into football stadiums via wheelchair cushions. But guns through airport security? That's a bold one. Next time, just follow regulations and properly check your (unloaded) gun.

This loaded firearm was discovered concealed inside a traveler’s wheelchair cushion at the McGhee Tyson Airport (TYS) in Tennessee. … While firearms are prohibited in carry-on bags, you can pack them in your checked baggage as long as you meet the packing guidelines: bit.ly/travelingwithfirearms … As a refresher, carry-on bags go into the cabin of the plane with you. Checked bags go into the cargo hold of the plane where passengers have no access. … When firearms are discovered at the checkpoint, we contact law enforcement and they decide what happens based on background checks, interviews and local laws. … A firearm at the checkpoint could lead to fines, arrests, missed flights or all of the above. As far as what happens to confiscated firearms, that's up to each local police department.

We'll give this person the benefit of the doubt and say they were channeling Halloween when they thought it'd be permissible to bring a knife through security. Or maybe it was a part of his/her costume and that's why they checked in on their carry on. Either way, packing a knife is only allowed in checked luggage that follows certain guidelines.

Good thing our officer’s spider-sense tingled, or this could have been a sticky situation. Oh what a wicked web this traveler’s super spooky spider knife could have spun... It was discovered in a carry-on bag at the Niagara Falls International Airport (IAG). Knives of any size are not allowed in carry-on bags.

While these are just prototypes, I can assure you that If I saw these on an airplane I would sound a few alarms. The United Nations defines an 'inert projectile' as "cartridges for weapons...ammunition consisting of a cartridge case fitted with a centre or rimfire primer and containing both a propelling charge and solid projectile(s)." This definition alone scares me enough into fully supporting the TSA's decision to not allow these on aircraft.

These inert prototype projectiles (used for energetic drilling) were discovered in a checked bag at Spokane (GEG). I think my dentist may have used these during my last root canal … Items such as these can lead to evacuations and delays while explosives professionals try to figure out what they are.

I'm all about traveling stylishly, but I value safety even more so; I commend these TSA agents for discerning between style and safety. I wonder what it looked like when it was getting scanned in security — a lethal comb or a knife with bristles? Hopefully these agents didn't give these brushes back to their rightful owner, and hopefully their rightful owner was using them for style and not safety.

Brush and comb daggers are hairbrained items that will get you tangled up in the security line. All knives are not allowed in carry-on bags or on your person. Knives may be packed in checked luggage. Concealed knives such as this one can lead to fines and arrest. Left to right, these were discovered at BWI and IAH.

You have to wonder what someone is thinking when he or she packs a pound of gunpowder and a fuse (separately, at least), and checks that bag. Maybe the owner mistook the canister and cord for their protein powder and phone charger? I can only hope they were going to use it recreationally, whatever that might entail.

Some people worry about packing nail clippers (they’re allowed). Others pack a pound of gunpowder and fuse. This was discovered in a checked bag recently at Anchorage (ANC).