9 of the Most Haunted Spots Across the Country 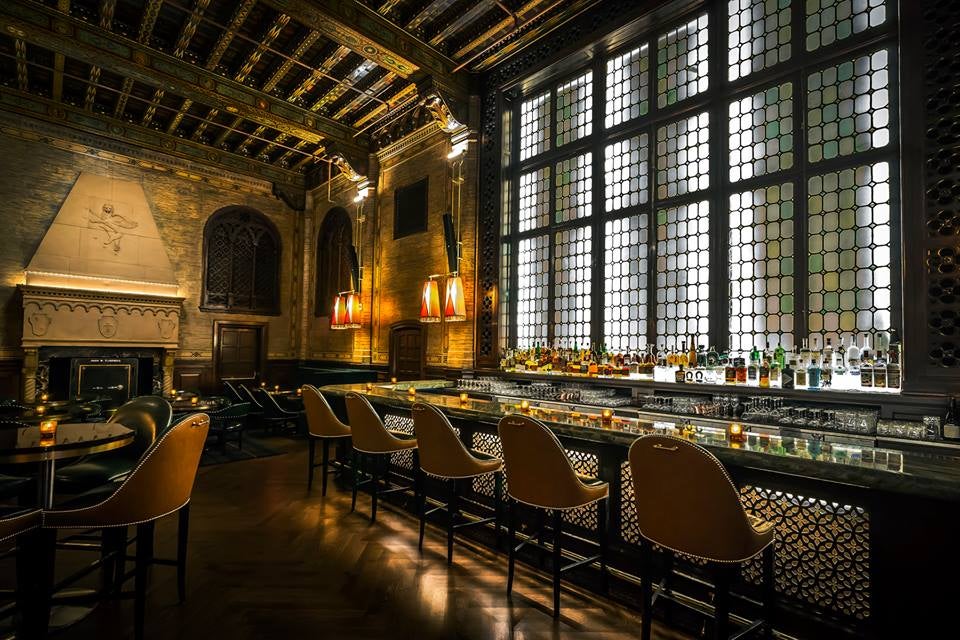 It's that time of year where we trade in thoughts of endless summer for ghosts and ghouls and all things spooky. From California to Virginia, the US is home to more than its fair share of haunted establishments, ready and willing to welcome those brave enough to enter. If you're looking for a good fright this Halloween, head to one of these spots known for the spirits that linger around (and in) their walls.

The History: Arnaud’s celebrated its 99th birthday this year, feeding locals and tourists alike for the near-century the place has been in business. Housed in New Orleans' French Quarter, word on the street is the restaurant has been collecting the ghosts of good times passed ever since the doors opened.

The Ghost: Employees claim to have seen a man on some of the busiest nights of the year clad in a turn-of-the-century tuxedo smiling in the corner of the main dining room. The restaurant believes this to be Count Arnaud, checking up on how his namesake restaurant is running all these years later. Other servers have reported seeing a behatted woman leave the ladies room, walk across a corridor and disappear through the wall — a newer addition which blocks a set of stairs from the restaurant’s early days.

Today: Because the staff has only had genial run-ins with the ghosts, they’re not worried about things getting out of hand. If anything, these paranormal patrons add to the ambiance of such a spirited establishment.

The History: The restaurant itself opened in 1994, but it's the site of its 200 year old wine cellar that lands Il Buco on this list of haunted sites. It's said that the cellar inspired Edgar Allen Poe, who lived (and drank) in the neighborhood, to write his famous short story, “The Cask of Amontillado.”

The Ghost: The owner of Il Buco once hired real-life ghostbusters to see just what kind of spiritual activity was going on downstairs. The team immediately felt a strong presence in the cellar and even cited a struggle between a man and a woman, leading the crew to believe the woman had been murdered in the space. They also reported hearing a baby cry from inside the walls of the cellar.

Today: If you think you can handle spirits lingering around while you dine, put your bravery to the test and book a table in the wine cellar. The owner warns, however, not to go down there alone.

The History: Julep’s is housed in one of the oldest commercial buildings in Richmond, dating back to the early 1800s. But before it was a restaurant, it was the site of a weapon shop where owner James McNaught shot and killed his apprentice gunsmith, Daniel Denoon. The shop closed shortly thereafter the murder and McNaught killed himself while in jail. The location has housed many businesses since, most of which had trouble staying busy despite its central location.

The Ghost: When Julep’s bought the building and started renovations in 2003, they turned the stairs where Denoon fell to his death into a storage area. It’s reported that patrons can hear thumps and bumps inside the haunted closet.

Today: Julep’s is one of the most popular and successful restaurants in Richmond, despite its haunted past. It’s also stayed in business longer than any of its predecessors.

The History: This restaurant gets its name from the year it was erected — 1833. Built initially as a small home, the property sold four years after its completion to James Stokes who posed as a counterfeit doctor. Unsurprisingly, many of his “patients” died while under his care. After Stokes, the building saw many different owners and operators. It sat uninhabited before Restaurant 1833 renovated the space and brought it back to life.

The Ghost: This establishment is home to several ghosts who used to be residents of the house. The most notorious ghost is that of Hattie Gregg, who lived there for over 50 years. If your plate or glass of wine happens to fall off the table, it’s most likely Gregg dropping in to say hello. Not to be outdone, there have also been reports of the infamous “Dr.” Stokes traveling the hallways in his white lab coat.

Today: When dining at Restaurant 1833, a server greets guests with a history of the house, including its hauntings and ghosts. Spirits aside, the restaurant has been nominated for a James Beard Award and is one the highest rated tables in Monterey, priding itself on how it reflects the graciousness of California hospitality.

The History: Formerly The Campbell Apartment, this bar most famously housed the office of 1920s tycoon John Campbell and is rumored to be haunted by spirits leftover from its heyday as deluxe quarters in Grand Central Terminal. After Campbell’s death, the space was turned into a prison.

The Ghost: Campbell's grand old office eventually became a bar, where friendly apparitions were known to keep the staff company. It is said that employees have felt cold gusts of wind, heard organs playing, been tapped from behind when no one is around and witnessed doors mysteriously shutting on their own.

Today: The owner of The Campbell says the ghosts are always out and about, and that people just don’t realize it. Some employees even refuse to close the bar down by themselves on account of the uninvited company.

The History: Once a Swedish watering hole, Simon's Tavern is now famous for its haunting by a woman who was involved in a twisted love tale. Simon’s remains a bar today, and a haunted mural depicting the scene is on display for all who aren’t afraid to look directly at it.

The Ghost: There are many differing ghost stories that haunt Simon’s, but they all point back to the mural. People say they’ve felt the ghost of a woman go through them. Others cite the eeriness of the mural itself as cause for concern.

Today: The bar’s owner says personally he’s never experienced any paranormal activity, but that doesn’t stop him from letting people come in and decide for themselves. Pro-tip: if you can spot all five hidden animals in the famed mural, you get to drink for free.

The History: The Pioneer Saloon is as famous in Hollywood today as it was during the west's mining heyday it's made to reflect. Located in Goodsprings, Nevada, 35 miles outside of Las Vegas, the bar has been featured in countless TV shows, movies and documentaries. In fact, it’s where Clark Gable sat and drank for two days after his wife, Carole Lombard, was killed in a plane crash just a few miles away. The walls are decorated with newspaper clippings that tell the history of the legendary saloon.

The Ghost: According to The History Channel, there are three ghosts that haunt the saloon and gallery. On the walls you'll find bullet holes that have been there since the saloon's early days along with a coroner’s letter describing how the bullet holes got there. One of ghosts is said to be a fellow on the receiving end of those bullets and the other the ghost of Carole, who haunts the women’s restroom. Finally, there’s also the spirit of an old miner that's said to be trapped in the saloon.

Today: This 104-year old establishment has appeared on both The Travel Channel and The History Channel for its spooky past. In 2013, for its 100-year anniversary, the bar was featured on an episode of “Ghost Adventures,” where the hosts slept in the bar to track the spirits. Today, you can be your own ghost adventurer and stay in the saloon from midnight to 4am — if you dare.

The History: This German style grocery-turned-steakhouse was built in Austin in 1916. Once prohibition rolled around, the second floor became a speakeasy and bordello. Rumor has it that the daughter of one of the prostitutes that worked at the brothel, Emily, was killed in a bar fight during this period.

The Ghost: Emily's ghost is said to be lurking in the halls, ready to tap on your back or change the channel as you’re watching TV. Emily has also been known to make phone calls and break dishes in the kitchen when no one is around.

Today: Now, The Tavern is a restaurant and sports bar as well as a local favorite. It still looks the same as it did almost a century ago and the list of tavern patrons over the years includes soldiers, legislators, presidents and most all of Austin’s residents.

The History: Built sometime between 1722 and 1732, Lafitte's is thought to be the oldest structure operating as a bar in the United States. The establishment was likely used by the Lafitte brothers during the late 18th century for their smuggling campaigns.

The Ghost: It's no surprise, then, that the ghost is none other than the bar’s namesake himself, Jean Lafitte. It’s said that he doesn’t talk to anyone, but rather lurks in the dark corners of the bar and watches people drink. If noticed, he simply disappears into the shadows. He’s even been spotted hanging around the fireplace in the middle of the bar once or twice.

Another ghost lurks upstairs and is thought to be that of a woman who killed herself while living in the building in the late 19th century. The bar also lays claim to being haunted by something else — not a ghost, but rather a set of red eyes that can be seen in the dark. Before anyone has had a chance to see who the eyes belong to they fade away into the darkness.

Today: Lafitte's is still functioning as a watering hole in the French Quarter, although the menu has changed quite a bit. Known for its intoxicating frozen purple voodoo daiquiri, the bar serves locals and tourists alike 365 days a year. And even though it’s been around for ages, the electricity remains scarce. Most tables are lit by sunlight and/or candlelight only — optimal for ghost hunting.