Why Tourists Shouldn't Worry About the Volcano in Bali 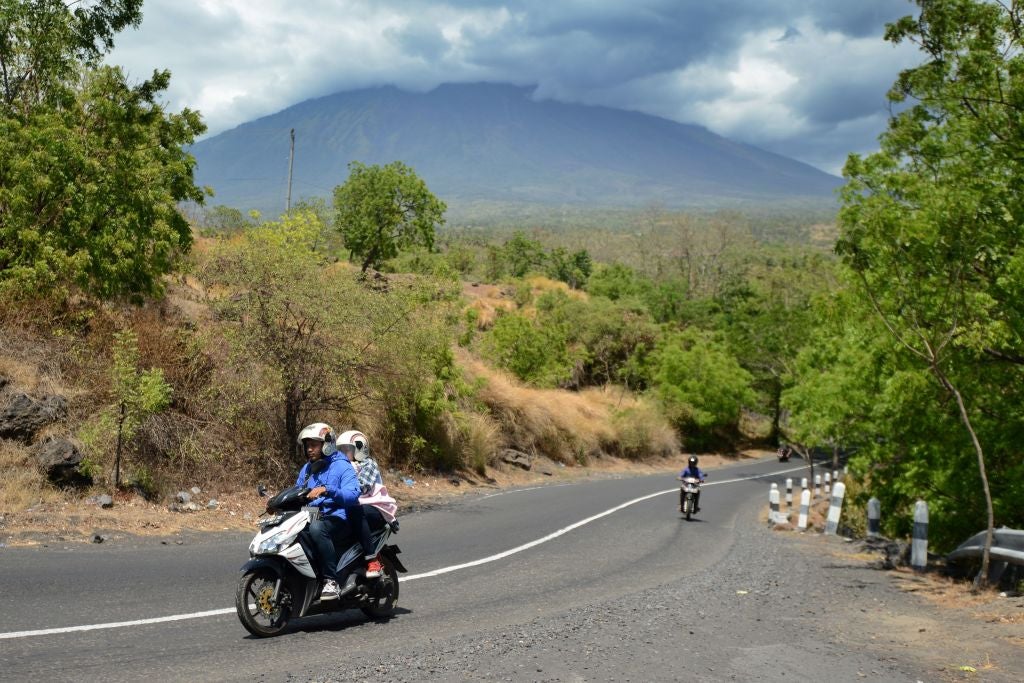 Why Tourists Shouldn't Worry About the Volcano in Bali
This post contains references to products from one or more of our advertisers. We may receive compensation when you click on links to those products. Terms apply to the offers listed on this page. For an explanation of our Advertising Policy, visit this page.

UPDATE: Travelers to and near Bali still have no reason to fear for their physical well-being, but the Indonesian government has temporarily shut down Ngurah Rai International Airport (DPS) outside Denpasar, grounding hundreds of scheduled flights.

Benjamin Andrews, director of the Smithsonian's Global Volcanism Program, said in a phone interview that, as he said before, the vast majority of visitors to the island (including TPG) have nothing to fear, at least as far as their lives are concerned, from the Mount Agung eruption, which is at least 30 miles from the major tourist enclaves. (The evacuation zone is about an eight-mile radius around the volcano.)

The airport has shut down because of the ash from the eruption, which can reduce visibility for pilots.

"If the airspace is closed, that's because it's better to err on the side of safety," Andrews said. "It doesn't take very much ash to shut down or ground airplanes, and though the volcano is a ways away form the airport, the safe call is to close the airport."

According to a staff member at the Four Seasons Resort Bali, guests at the chain's hotels on the island are continuing their activities as normal, and there was little or no visible ash in the air as of Monday night. He said guests who had booked flights that were affected by the airport closure have been making arrangements with airlines for places to stay.

Mount Agung is northeast of Denpasar and the main tourist area on Bali. According to the Four Seasons staffer and weather websites, prevailing winds were light and northwesterly (meaning the winds were blowing to the southeast) around midnight Tuesday morning, and are expected to shift to southerly (blowing to the north) and westerly (blowing to the east) winds Tuesday. The government's airport closure was technically for 24 hours, to be reassessed as needed.

According to Andrews, evidence so far suggests that the eruption was of the phreatic type, meaning that it was essentially a steam explosion where magma superheated water at the surface but didn't itself escape into the atmosphere. A phreatic eruption generally leads to a shorter plume and a smaller affected area than a magmatic eruption, though "it's still plenty strong enough to disrupt the local area."

Still, travelers have nothing to fear but the inconvenience.

"They're not in physical danger from the volcano eruption at this point, and the thing to do is trust the closures," Andrews said.

Despite the official state of emergency for a looming volcanic eruption on the Indonesian island of Bali, both volcano experts and hoteliers on the island said this week that there's little reason for tourists to be concerned.

"At least for the time being, the situation there is unlikely to pose any threat to the major tourist areas, which are more than 50 kilometers [about 31 miles] from Mount Agung," said Benjamin Andrews, a geologist at the Smithsonian National Museum of Natural History and director of its Global Volcanism Program.

In late-September, Indonesian authorities issued a warning for people to stay outside the danger zone of five to seven miles around the volcano, and at least 140,000 nearby Balinese have been evacuated. Still, foreigners on the island for pleasure don't need to change their travel plans, Uday Rao, general manager of the Four Seasons Resorts Bali, said. The chain has properties in Sayan and Jimbaran Bay, which are located 21 and 31 miles away from the volcano, respectively.

"We cannot predict the impact of a potential eruption, however we do not anticipate major safety issues for our guests or staff at either of our two resorts due to our distance from Mount Agung, which is located in Bali's northeast," Rao said in an email. "If an eruption occurs, we will implement the necessary safety procedures depending on the situation. There are so many variables at play, however experts do not anticipate any major impact on people outside the 12-kilometre (7.5-mile) evacuation zone. As we stand today, Bali is operating as normal. All resorts, restaurants, businesses, including the airport and scheduled commercial flights are operating as normal with no disruptions. There is no impact to tourists to Bali — unless they were planning on climbing Mount Agung or visiting the temple there. In the meantime, our teams at both resorts are contributing to the relief effort to support villagers impacted by the evacuation."

Meanwhile, Andrews said that those who do want to see a volcanic eruption up close should rethink it. "The best advice is to follow all the rules and guidelines that have been laid out by the local authorities," he said. "It might be tempting to go inside a restricted area, but doing so is a very bad idea."

In case the volcano proves more disruptive than expected, nine airports in neighboring provinces are on standby in case flights to or from Bali need to be diverted in an eruption, and the government has readied 300 buses to take travelers to seaports and airports and off the island, Rao said.

Mount Agung is often off-limits to tourists not because of spitting lava and deadly gases but because of its local religious significance — it's home to Besakih Temple, considered the "mother" temple to the entire island. It's also relatively inaccessible and doesn't have a well-developed tourist base, at least compared to the rest of the island.

Are you planning to visit Bali anytime soon? Has news of the volcano interrupted your plans? Sound off, below.