Where to Sit When Flying United's 767-300ER: Economy and Economy Plus 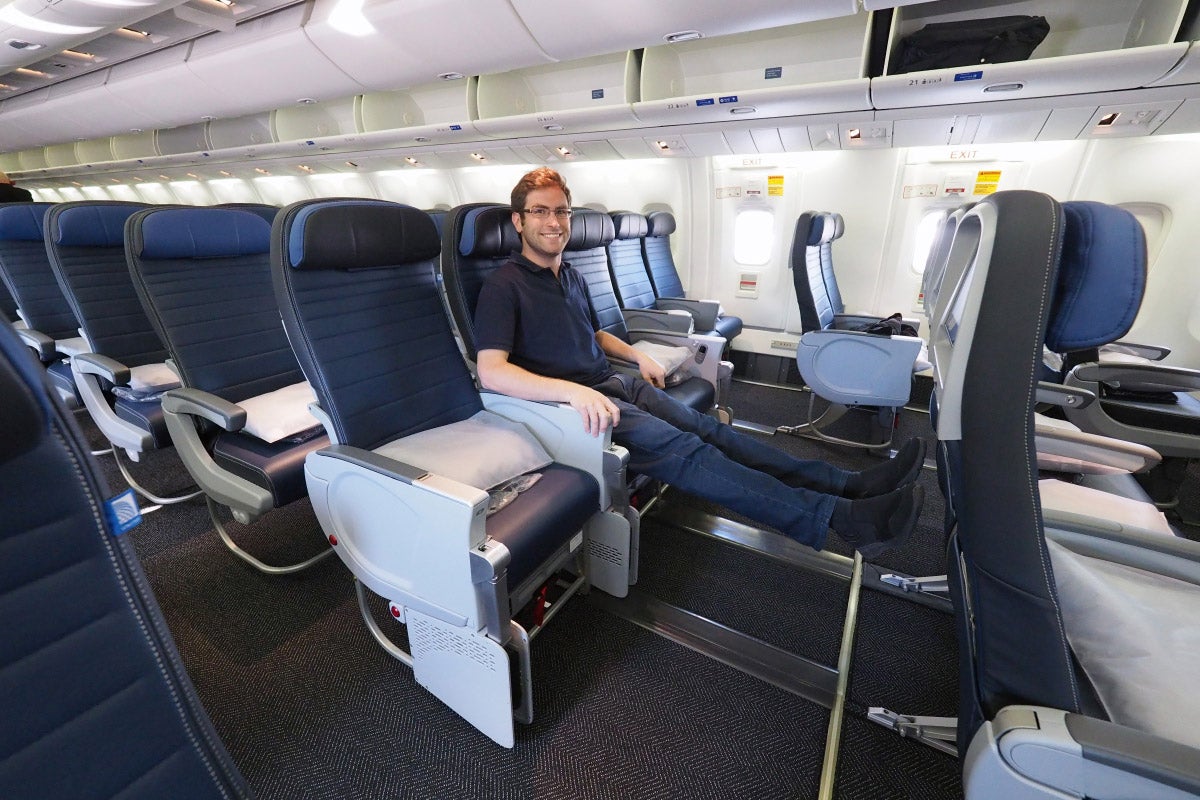 United recently began flying the first of its entirely refurbished 767-300s, which will be assigned to the airline's shorter transatlantic flights, as well as nonstop flights from Newark to Honolulu. By the end of 2018, all 14 of UA's 3-cabin 767s will have the new interior — until then, you might not know if you've ended up with the refreshed plane until just before departure.

The highlight of this updated 767 is clearly the brand-new Polaris business-class cabin, but Economy Plus and coach got a major facelift as well.

As with all economy products, some seats offer a more comfortable ride than others, be it a bit more shoulder space, enhanced legroom or less traffic through the cabin. Today, I'll be exploring the 767-300ER to see which seats make the most sense for you.

Before we dig into the cabin, you can get a quick overview in the video below.

Just like with United's other versions of the 767, this 767-300 variant has economy seats arranged in a comfortable 2-3-2 configuration, with a total of 46 Economy Plus seats, 138 coach seats and four crew rest seats — I'll explain the significance of those in a moment.

Every seat has a high-res touchscreen on-demand display, with a large variety of movies and TV shows, along with USB charging ports. Power outlets are located between seats — one for each seat pair and two for each set of three.

Best of all, most seats in the cabin are a whopping 18.5 inches wide, making them significantly more comfortable than the seats you'll find on every other non-767 United plane — especially the new 777-300ER. Economy Plus seats offer at least 34 inches of pitch, while you'll find 31 inches in regular coach.

While larger planes offer dedicated crew rest areas, typically above the passenger cabin, the 767 isn't large enough to accommodate a separate section for the crew. On United's older 767-300s, the flight attendant rest seats are located at the front of the economy cabin — on the retrofitted model, they're at the far back.

What makes these seats especially interesting is that on shorter flights, such as my 6-hour trip from Newark to London, they're actually available to passengers — either with an upgrade charge ($193, in this case) or for free to all United elites.

These seats offer extra legroom, in addition to leg rests and additional recline — with the exception of business class, you can't do any better than selecting 40A and 40B, followed by 41A and B.

After that, my favorite seats are actually located in the center section, near the front of the cabin, in row 21. As you can see below, you get an insane 43 inches of pitch, which is more than enough for even the tallest passengers. The aisle seats are obviously best — 21D and 21F, in this case.

After that, the window seats in row 22 offer the most space, with under-seat storage as well.

Finally, I'd choose Economy Plus seats in the bulkhead row (16), followed by any paired economy seats between rows 17 and 22.

All economy seats are fairly comparable, with an 18.5-inch width and 31 inches of pitch throughout. With lavatories and the galley located at the far back, you'll have less traffic near the front of the cabin, and you'll also be able to deplane sooner — especially helpful at smaller airports like Hamburg, where immigration can quickly fill up.

I prefer the paired seats (A and B and K and L), but if you have to pick one in the center section, go for D or F, instead of middle "E" seats.

There are 26 seats that I'd avoid at all costs — the "E" seats in the middle of the center section. Row 21 may be an exception for some, given the abundant legroom, but that really depends on your preferences.

Middle seats in the regular economy section may feel especially tight, though still more comfortable than their equivalents on the 777-300ER, since the seats are a full 1.5 inches wider here.

Normally you'd assume an airline's flagship would offer the best experience overall, but in this case, the retrofitted 767-300ER far outperforms the larger 777-300ER — in coach specifically. If you're headed to Europe, or flying United's nonstop from Newark to Hawaii, this is definitely the plane to pick.