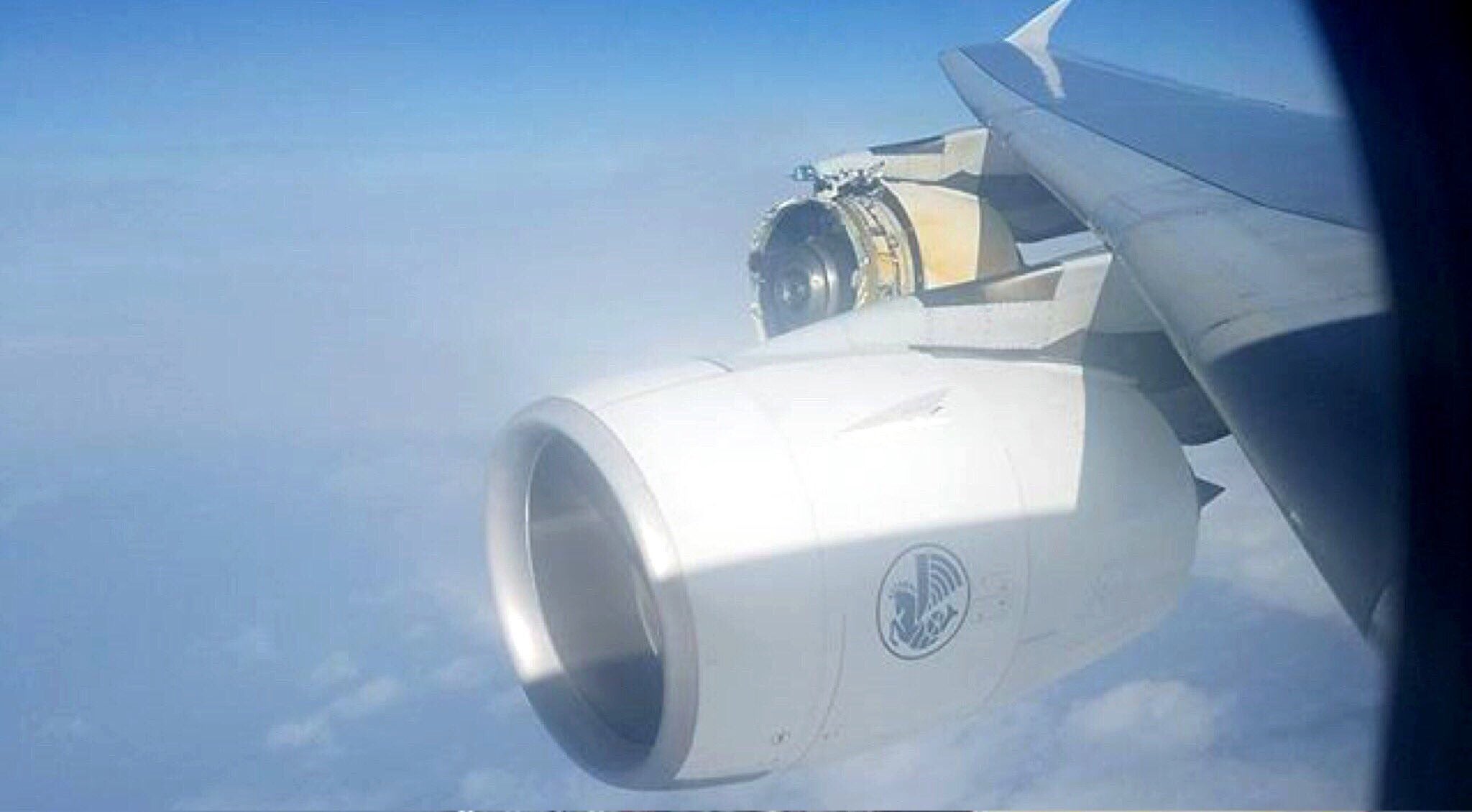 A TPG Reader Shares His Experience Being Trapped Inside Air France 66
This post contains references to products from one or more of our advertisers. We may receive compensation when you click on links to those products. Terms apply to the offers listed on this page. For an explanation of our Advertising Policy, visit this page.
Sign up for our daily newsletter

Earlier Saturday Air France 66, an Airbus A380 enroute from Paris (CDG) to Los Angeles (LAX) was forced to divert to Goose Bay, Canada (YYR) after a major engine failure. Fortunately the flight landed safely with all passengers and crew uninjured.

However, the ordeal for the flight's occupants hasn't ended yet. The Points Guy reader Kent, who is currently on board the flight, has reached out to us to let us know that the passengers are still trapped on the grounded plane, which landed at 1:40pm local time (12:40pm ET.) They are now expected to be ferried out on different airplanes at 4am Sunday local time, after more than 14 hours spent on the ground in the plane.

First, here's how Kent described the actual engine failure as he experienced it from his seat in the middle of the aircraft (his text has been lightly edited for clarity):

Around Greenland and over the Atlantic Ocean, I felt a loud thud and loss of altitude. It was followed by a significant vibration that shook the aircraft. As a pilot, I recognized it as a engine failure and as the remaining A380 engines slowed, the vibration also reduced.

Within seconds, the flight crew began emergency landing protocols and people began to worry. Several of the passengers began to cry and ask each other what was happening.

Other passengers began pointing out the disintegrated engine and taking photos. According to headrest map, the aircraft descended to 28,500 [feet].

About 10 minutes after the incident, the pilot announced the aircraft was stable and he was attempting a forced landing at Goose Bay.

About 60 minutes later or 1230pm, the pilot made a short field landing with an abrupt stop.

Although Goose Bay is sometimes used as an emergency fueling stop for civilian aircraft, it is mostly a Canadian Forces Base used by the Canadian air force. As a result, despite the fact that everyone was safely on the ground, there was no way to then deplane either onto the tarmac or into the airport:

We have been stuck in the plane since. According to the crew, this airport does not maintain equipment to deplane an A380. They served a meal about 2 hours ago and put out all of the drink carts that have since been pillaged by passengers.

The pilot has made rounds around the aircraft and told us a 777 is enroute from France to take us the rest of the way.

Passengers have recently become frustrated and began challenging the flight crew. In response, they have opened a door and let people smoke cigarettes in the opening. Bathrooms are becoming filthy and in need of service.

We have no timeline or know what to expect next.

A short while after this story was published at 6:20pm Eastern time, Kent sent us additional info from the aircraft:

They just gave us an update. The first "rescue" plane from France is out 5 hours from now. The second plane is 2 hours after the first. They are not letting anyone off the plane till then...

An Air France spokesperson emailed us to let us know that the airline is sending one of its 777s, as the captain had told the passengers, plus a chartered 737. The first plane will leave Goose Bay (YYR) at 4:15am local time on Sunday.

We will continue to update our readers as we get more information, and we thank Kent for sharing his experiences from aboard the flight.

This story has been updated to reflect new information from the aircraft in Goose Bay.