Articles
Alberto Riva Alberto runs our flight reviews and oversees special projects across several verticals. Previously, he was the managing editor of Vice News and worked at Bloomberg and CNN, where he was constantly trying to convince people to do more stories about airplanes. He speaks Italian, French and Spanish and one day he’ll be better at German.
Follow
Sept. 11, 2017
•
5 min read 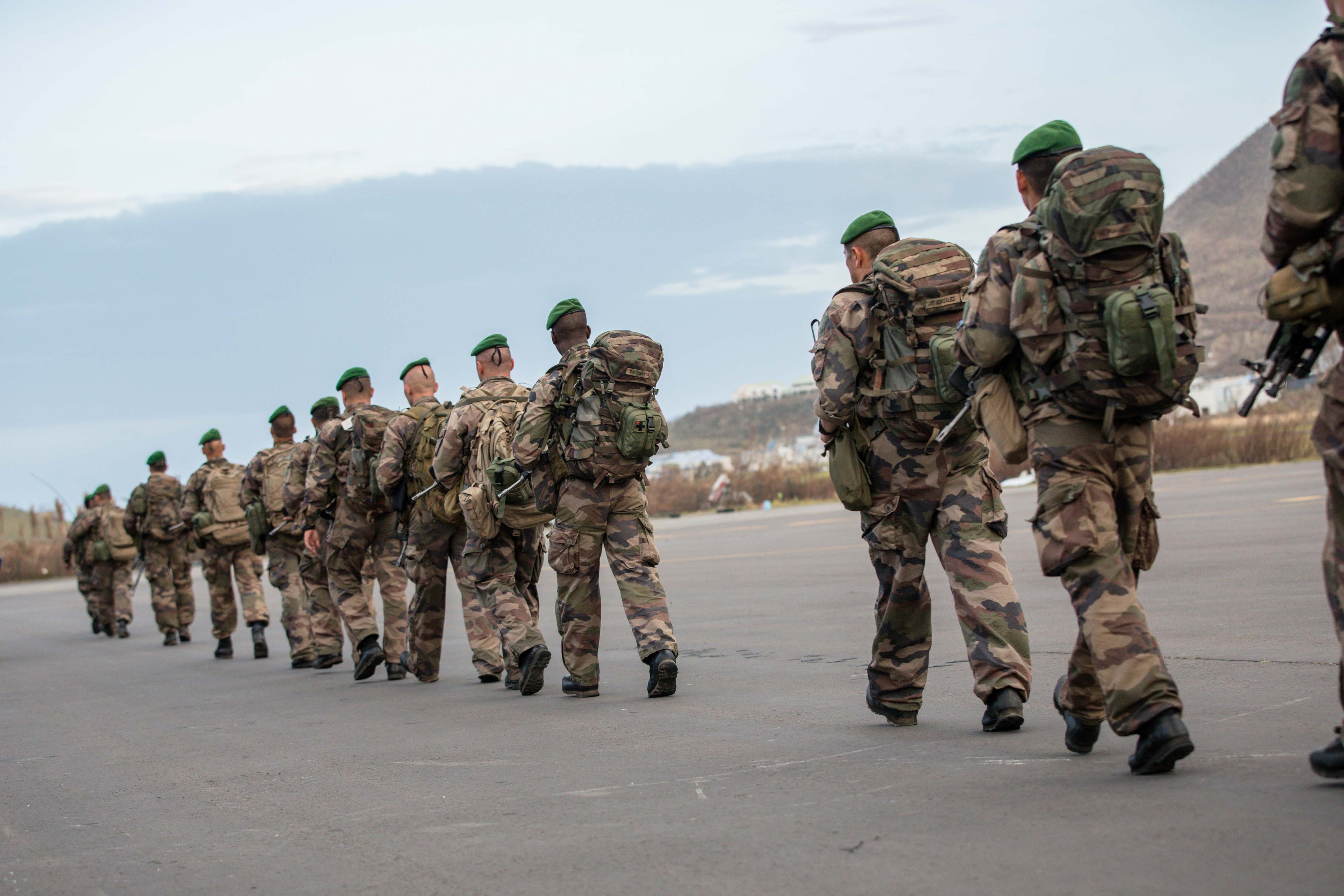 French Troops Opened Fire in Saint Martin As Looters Rampaged After Irma
This post contains references to products from one or more of our advertisers. We may receive compensation when you click on links to those products. Terms apply to the offers listed on this page. For an explanation of our Advertising Policy, visit this page.

Saint Martin is in disarray after being devastated by Hurricane Irma, and French and Dutch soldiers are maintaining whatever order is left, while locals and tourists are evacuated by the military. On the French side of the island, soldiers even opened fire to stop looters last week, as the island reeled in the immediate aftermath of the storm.

French newspaper Le Monde quoted an officer commanding a detachment sent to hold the tiny airport of L’Espérance as saying that his troops had to “fire a few shots the night between Thursday and Friday.” The commander, Arnaud Jézéquel, did not specify whether the shots were fired at looters or in the air — but said that residents did not evacuate before the storm “because they were afraid of looters.”

“We expected a lot more dead and wounded,” he added. “People were really very scared.” The death toll on Saint Martin, including the French and Dutch sides of the island, is currently at 14.

The quotes appear in a story dated Saturday from Saint Martin and written by reporter Rémi Barroux, who landed on the island last week with the French soldiers sent to help from Pointe-à-Pitre on the French island of Guadeloupe. According to residents and people on vacation cited by Le Monde, shots have rung out on the French side of the island in the nights after Irma — indicating that the soldiers may have exchanged fire with looters — and gangs of armed people roamed before the armed forces came to re-establish order.

French soldiers are now patrolling streets recently cleared of rubble by the army, often on board private vehicles that survived the storm. They get around using the island’s limited supplies of fuel; the army is guarding those, too. The general in charge of the troops on the French side, Jean-Marc Descoux, told the paper that “several dozen people” have been arrested for looting, and a curfew is still in effect beginning at 6pm.

Saint Martin was spared by Hurricane Jose, which followed four days later in Irma’s path, but there still is no power or drinking water, and links to the outside world are limited to military flights shuttling back and forth from Guadeloupe, 160 miles away. The famous Princess Juliana airport (SXM) on the Dutch side has been all but destroyed by Irma and will remain closed to commercial traffic indefinitely, but its runway is usable, and military planes have landed there.

The Dutch Navy shared on Facebook a photo of a KDC-10 transport of the Dutch Air Force at SXM on Monday, with a C-17 cargo landing behind it.

There is also a small French-side airstrip near the town of Grand Case, known as L’Espérance, but the 3,900 ft (1,200 m) runway is too short for large cargo planes.

On the Dutch side, Sint Maarten, a detachment of marines with helicopters is likewise maintaining order among the rubble. Meanwhile, the French government is responding to criticism that it was slow to react, by sending a massive armed contingent and large amounts of supplies. Even President Emmanuel Macron himself is expected in Marigot, the capital of French Saint Martin, on Tuesday.

The absence of a functioning communications network is feeding rumors circulating on the island, and on French social media, about the extent of the chaos. They range from a massive prison escape plus looting of an armory by the inmates, to the desertion of the island’s prefect, the French state’s highest representative, who supposedly ran for her life and left the islanders to fend for themselves. None of that is true, Le Monde said.

According to a French defense blog, the government is sending additional troops including special forces and members of the Foreign Legion, among France’s elite troops. It even chartered a giant Antonov 124 cargo plane from the Russian company Volga-Dnepr. Overall, that means at least 1,500 soldiers are being sent to keep order among a population of just 37,000.

This story has been corrected to show that the SXM airport is open to relief flights, not completely closed as the story originally stated.