How to become a flight attendant 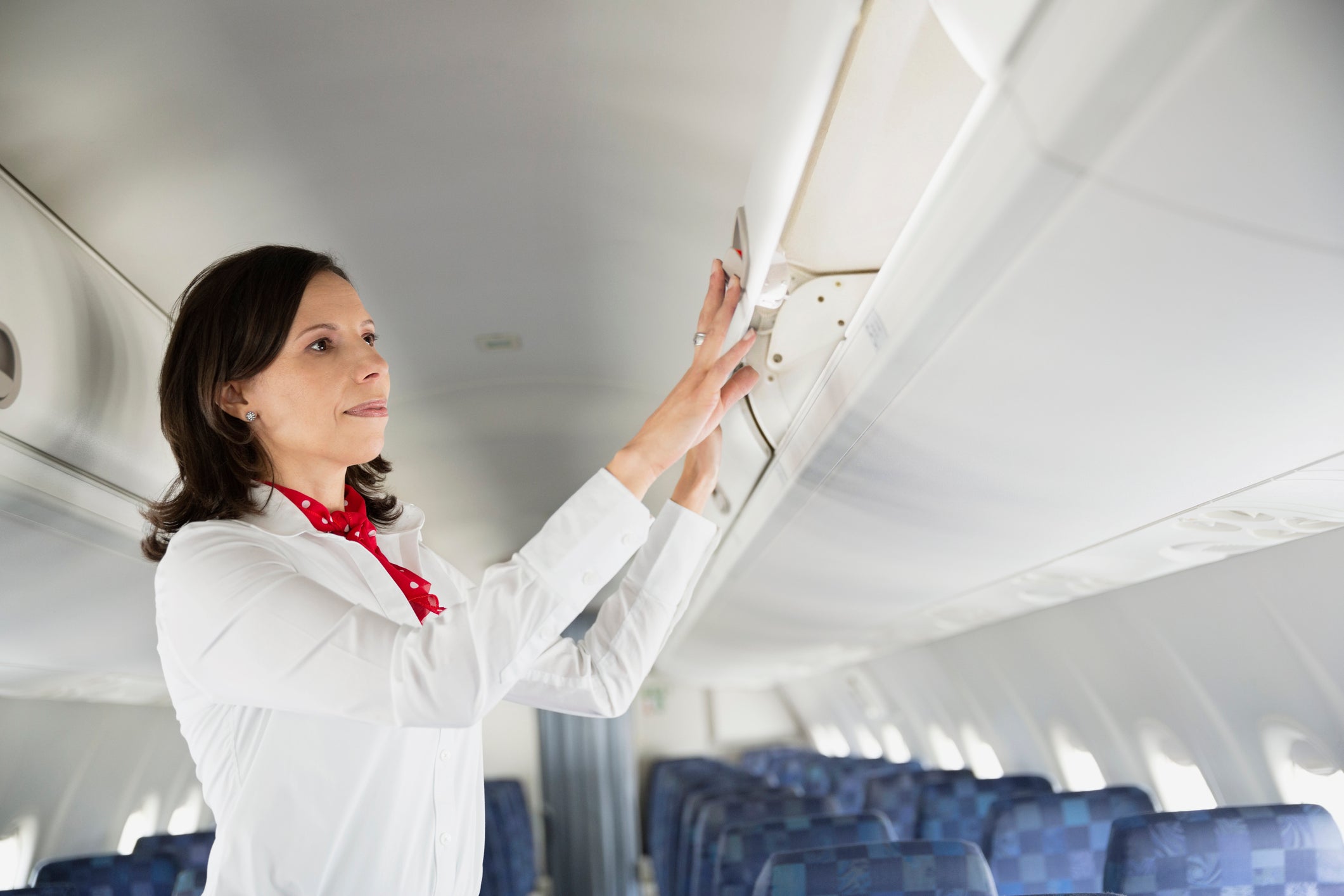 Autumn is here, and aside from pumpkin spice lattes and being able to accessorize with hats and scarves again, it's also the time of year when airlines traditionally begin hiring.

Looking for that dream job? Do you want to be like me and get your hair coiffed in Paris, shop for groceries in Greece and get massages in Manila? Here are my best tips for how to become a flight attendant, including a few things to think about before you apply.

First and foremost, polish that resumé. I've worked on the hiring team in this industry before and it was amazing to see how many we got that either had typos, details that were out of chronological order or were just poorly written overall — and not surprisingly, those go straight in the bin! Spend five minutes with spell check, read it over one last time and avoid being looked over before the process even begins.

Next, brush up on your foreign languages. If you've taken five years of Spanish in high school or maybe only speak a smattering of French, start brushing up Ahora!

Airlines love candidates who are bilingual and most will test you either during the interview process or once you begin training to establish just how proficient you are.

Whether you need to download an app, go spend a few weeks somewhere for immersive learning or find a lover who's willing to whisper sweet, other-language nothings in your ear — my favorite way to learn, Bien sûr — start brushing up on your language skills before you begin the application process.

Personally, I'd recommend watching airline safety videos from your target language's country, a great way to learn a lot of industry-related vocabulary in a period of a short time in a familiar format.

Know what you're getting into

One of the most important things I recommend before you apply is to do some research and make sure you understand what the job is really like. Whether it's talking to friends who fly, posting questions in a forum or asking yours truly in the comments section below, make sure you know what you're getting into.

It's not all "Paris, First Class, International." In particular, when you first start out, the job is going to involve working holidays and weekends. There will be missed birthdays, recitals, parties and games. You will sometimes be on call and need to be at the airport within two hours.

You will sometimes be working long days — or even all night — and it's not all going to be serving Champagne and flirting with businessmen. Your duties will include picking up trash, being nice to cranky people who are rude and don't like you for no apparent reason, cleaning bathrooms and cleaning up messes left behind by people whose homes I'd shudder to see — all while having a smile on your face and your make up en pointe even though you've only had four hours of sleep in the last 24 hours.

The job is by no means as fancy or glamorous as some people make it out to be. If that doesn't sound like something you'd be comfortable with, turn around now!

Really know what you're getting into

If you're applying to a carrier in the Middle East, make sure you understand that in addition to the above, the promises they make are not always what they appear to be — the accommodation provided by these airlines is either very far from the cities they're based in or the hotels they put you up in are often at the airport.

Not only that, the usual laws and rules that protect flight attendants in other countries pertaining to required rest and days off either don't exist or are simply ignored. Check out my post about The Real Life of an Emirates Flight Attendant for more details.

Another thing to consider: In the US, if you're thinking of applying to Norwegian Air, you need to understand that you're not actually an employee of the carrier — you are an outsourced employee of a third-party company (OSM Aviation) contracted out to Norwegian — and as a result, will not have benefits on other airlines like you do at traditional companies. Which can be a real deal-breaker for some.

Apply to the right airline

Think about what you do or don't like about traveling and use that to make sure you apply to the right carrier. For instance, if you don't like being on an airplane for longer than three hours or you don't like working nights, then you might want to think about a regional carrier since they'll rarely do either of those things.

If, however, you don't like small, confined spaces, a regional carrier is definitely not for you. If long-haul flights are your thing and jet lag isn't in your vocabulary, apply to a bigger carrier. Keep in mind that when you first start out, you might get stuck with those short legs anyway. If being gone for weeks at a time and having an unpredictable schedule sounds ideal, look at charter companies.

Basically, do some research about the airlines you're applying to before you start the process so you can tailor your experience at your future employer to what best suits your preferences. This will help set you up for success at your new airline.

Prepare for your interview

This is where a lot of people blow it, so to avoid that, listen to Mama Carrie. First and foremost, make sure you're projecting the right image.

Being a flight attendant is all about professional image — do you come across as someone who is approachable, are you well dressed, is your hair neatly pinned up or does it look like you styled it with an egg-beater?

We've all heard that first impressions are everything and that's especially true when you're applying to be a sky-high beverage technician! Hide your tattoos, put on a suit or dress and look the part. It's all about striking the right balance between projecting the professional image the airline is looking for and not losing yourself in the process.

Be you — but the professional, eye-catching you that doesn't have terminal resting-bitch face and looks pressed and polished, just like you'd like to see your crew looking when you get on the plane.

Lastly, be ready for training — courses will vary and can be anywhere between three and eight weeks depending on the carrier, which is longer than some people can afford to be gone from home.

It's intense to say the least — most airlines have a minimum GPA for testing during training and if you fall below that, you're out. Furthermore, you'll be with the same group of people for the entire time and constantly under a company microscope.

It's essentially a six-week long extension of your interview and your trainers and company management will be watching your every move to assess whether or not you'll be a good fit there. If this kind of high-pressure environment isn't your thing, I'd recommend looking elsewhere.

All that said, if I haven't scared you away yet, then the career of a lifetime is waiting for you. You will travel to places you didn't even know existed, stay — sometimes — in posh hotels you'd never have been able to stay in before and most excitingly, you'll meet the most staggering array of people, both passengers and colleagues, who at the end of the day will enrich your life immeasurably!

Featured image by HERO IMAGES/GETTY IMAGES
Editorial disclaimer: Opinions expressed here are the author’s alone, not those of any bank, credit card issuer, airline or hotel chain, and have not been reviewed, approved or otherwise endorsed by any of these entities.