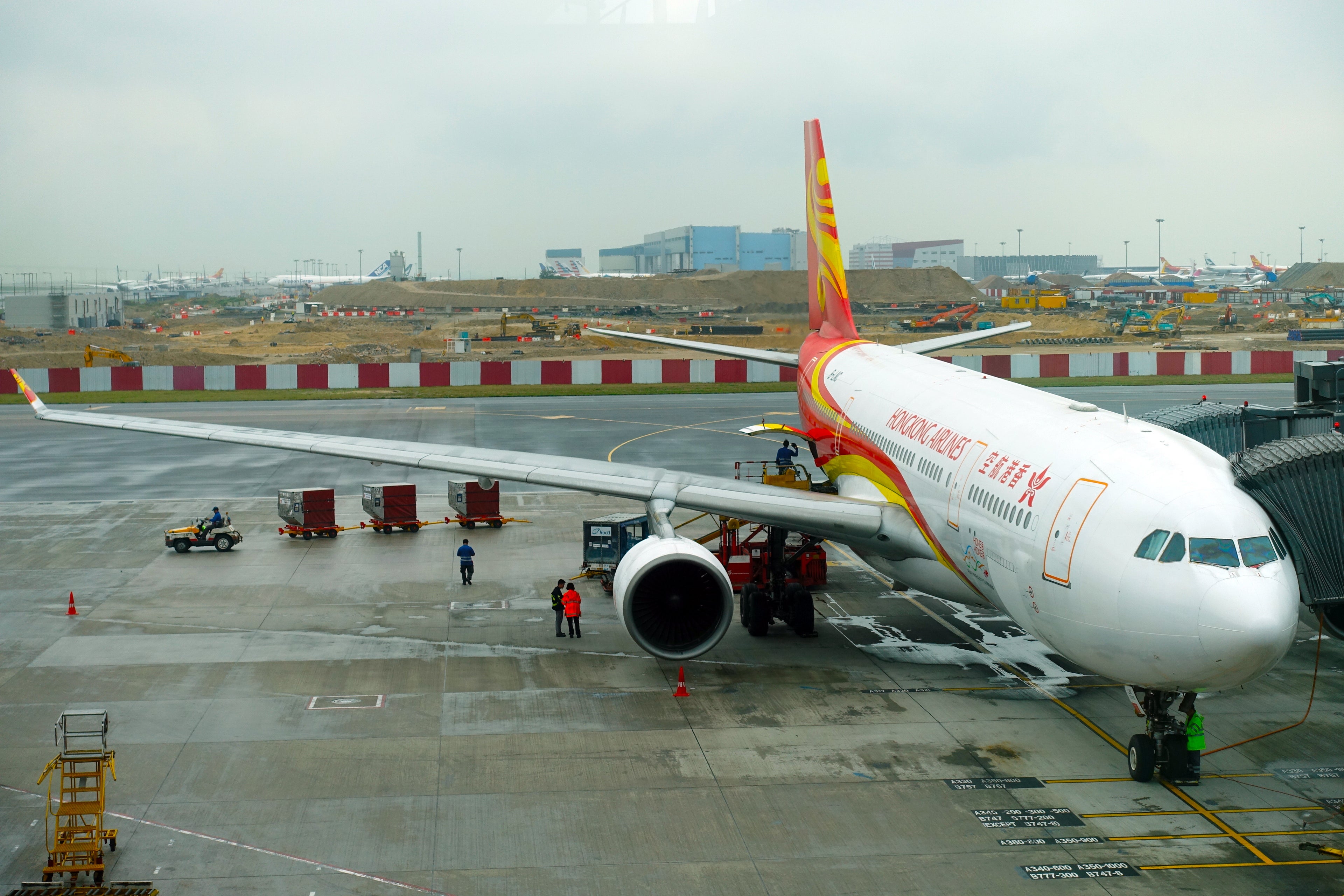 After experiencing American Airlines Flagship First from Los Angeles to Hong Kong, I needed to get to Koh Samui, where I'd be spending the weekend with friends. My layover was in Bangkok so I decided to test out business class on Hong Kong Airlines before flying Bangkok Airways the rest of the way to the Thai island.

Since there wasn't any award availability on Cathay Pacific and I had changed my flight at the last minute, I bought a $1,069 business-class ticket, which is pretty expensive considering this was just going to be a 2.5-hour flight from Hong Kong (HKG) to Bangkok (BKK). I paid with my Platinum Card from American Express, which let me earn 5x points since I'd purchased it directly through the airline's website. I ended up earning 5,345 Membership Rewards points, worth about $102 according to our most recent valuations. Another good option to book this with is the Chase Sapphire Reserve Card, which would have given me 3,207 Ultimate Reward points since it can earn 3x points on travel, worth $71.

If you want to book with points and miles, the main way would be to transfer Starpoints to Hainan's Fortune Wings Club mileage program. Remember that when transferring SPG points, you'll get a 5,000-point bonus for every 20,000 transferred to an airline mileage program. It's 30,000 miles one-way in business class or 48,000 miles round-trip through the Fortune Wings Club. Had I transferred 25,000 SPG points — which takes about 11 days to go through, by the way, so plan ahead — I would have received 30,000 miles, enough for me to book my one-way ticket in business class. If you're in need of some more SPG points, you can sign up for the Starwood Preferred Guest credit card from American Express, which gives you 25,000 Starpoints after you spend $3,000 within the first three months of opening your account.

I thought I would have access to the Cathay Pacific lounge since I have OneWorld Emerald status (from being an AA Executive Platinum) and would be arriving on an American Airlines first-class ticket, but as it turns out, you only get access if you are flying onward via Cathay Pacific. Since I was going to be flying on Hong Kong Airlines, which is not part of the OneWorld alliance (or a partner at all with AA), I was denied access somewhat embarrassingly.

Club Bauhinia, the official Hong Kong Airlines lounge, is located in Terminal 1 and was seriously nice; recently renovated, it even had a shower room.And the shower passed the TPG shower test, so it gets high marks from me.

There's also a small rest area in the back where you could lie down.

The lounge offered a buffet spread with an à la carte noodles station.

Alcoholic beverages were also self-serve and the staff seemed to replace the food items often.

Inside the lounge was a business area with several computers set apart in cubicles.

The location turned out to be a great place for plane spotting. I had an amazing view of some of the boarding gates — I saw a beautiful China Airlines 747, for instance. For a three-hour layover, I thought this lounge did the trick, and it was never too crowded.

I thought the cabin was going to be in a 1-2-1 configuration with lie-flat seats, but it actually ended up being a 2-2-2 old-school cabin with angle-flat seats. It was okay for this three-hour hop, but I wouldn't want to be in these seats if I were on a longer flight. The seat itself was a little narrow.

There's not much room between the two seats with only two small arm rests separating you from the passenger next to you.

I was seated in the bulkhead, which gave me plenty of space to stretch out. It also meant I'd be one of the first people off the plane.

The menu wasn't huge, but it worked for the short flight. There was a Gonet-Medeville Cru Brut, which goes for around $50-$60 on the ground. Here's a peek at some of the dining options:

There was a prawn appetizer with avocado.

I got the beef with mushrooms and potatoes as my main dish. It was perfectly fine.

The flight was only supposed to be 2.5-hours long but ended up taking a little over three hours. Here's a look at our flight path from Hong Kong to Bangkok.

Overall, I thought this Hong Kong Airlines flight was unexceptional. It wasn't an amazing experience but the lounge was decent and the service was okay. Was it better than flying in Cathay Pacific's business class? No, but when no other options exist, it gets the job done.

Have you ever flown in business class aboard Hong Kong Airlines' A330? Tell us about your experience, below.