The Perks and Perils of Flying with a Newborn 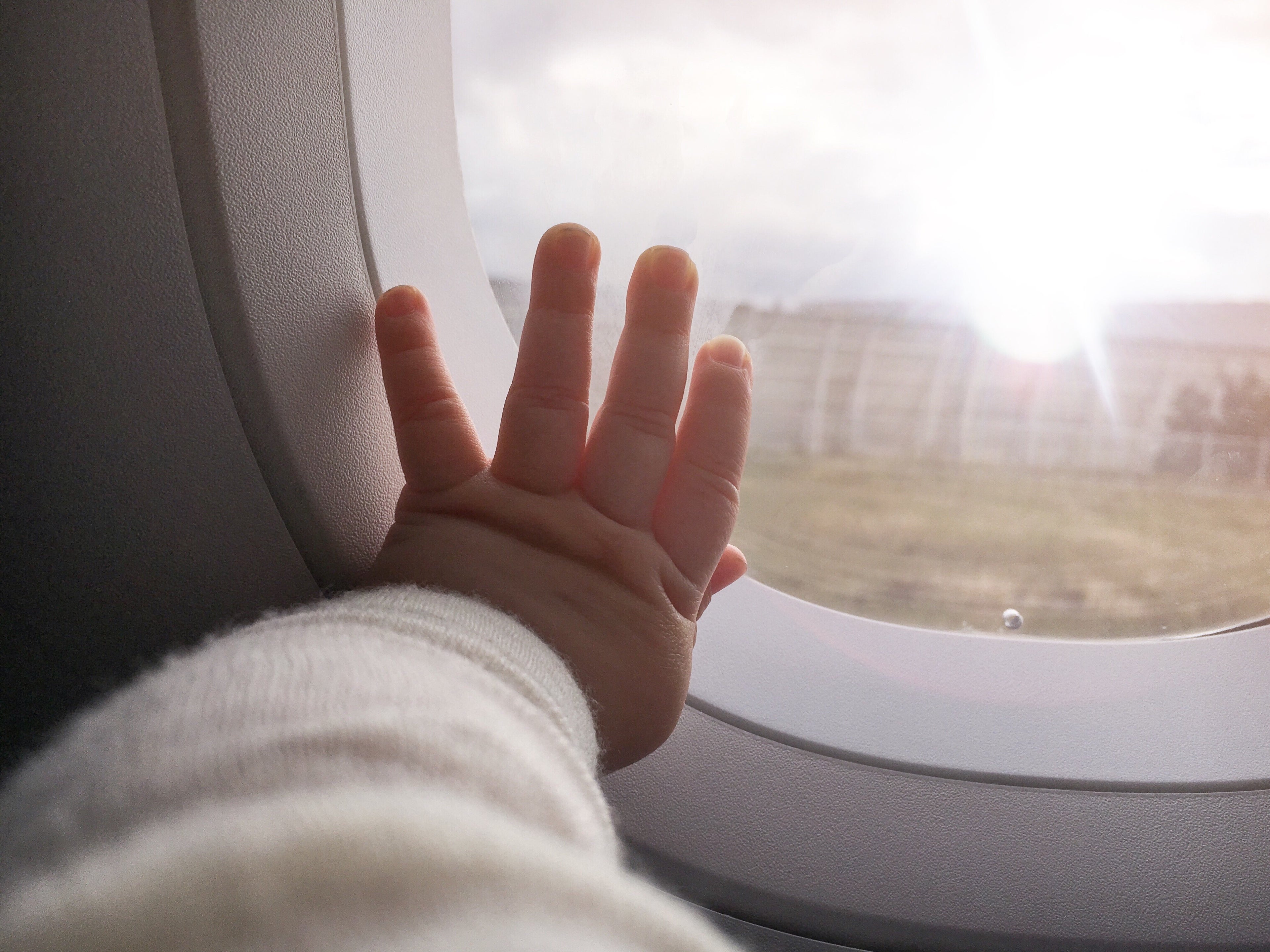 The Perks and Perils of Flying with a Newborn
This post contains references to products from one or more of our advertisers. We may receive compensation when you click on links to those products. Terms apply to the offers listed on this page. For an explanation of our Advertising Policy, visit this page.

If given the choice between flying with a newborn and, well, pretty much anything else, I’d probably go with "anything else." Don't get me wrong; I love my kids. But I think few would jump at the chance to bring what is effectively a tiny — yet adorable! — tornado siren into a confined space with a bunch of total strangers. Even so, sometimes it's unavoidable.

Traveling with an infant during the first few months of life is both easier and harder than flying with older kids or even toddlers. Which is why it's a good idea to go into it with clear eyes and realistic expectations. Here’s what you should know before bringing a newborn on board.

Newborns Can Often Fly Free — If They Stay in Your Lap

True, saving a couple hundred bucks — or hard-earned points — can be really nice. Once a child turns two, they become much more expensive travel companions. But then again, you get what you pay for — or in this case, what you don’t pay for, namely a seat. Depending on where you’re headed, that could mean hours with an often squirmy and inexplicably hot-as-an-oven body on top of yours the whole flight. For short trips, that might not be so bad, but for long hauls, you’ll be wishing you had splurged on that upgrade for a little extra legroom.

Newborns Are Immobile — and Completely Dependent on You

Newborns have this marvelous way of staying put. Not being able to roll, crawl, walk or stand means they aren’t kicking seats, running amok or otherwise physically annoying fellow passengers. That being said, they aren’t as independent. You might be able to distract a toddler with a new toy or a book — a kindergartner will turn into a well-mannered zombie with an iPad and a Wi-Fi connection. But a newborn? They can’t even sit up on their own, let alone take care of their own bowel movements or rein in the crankiness if they’re tired or hangry. With all of their needs and demands, you'll have your hands full during the flight.

Newborns Sleep a Lot — but They Cry a Lot, Too

Most very young infants are big fans of sleep, sometimes spending up to 16 hours a day unconscious. If you’re really lucky, the gentle hum of the plane will lull them off to Dreamland the minute you take off and they’ll be precious cherubs until you land. But reality is often a harsh mistress. The changes in pressure during takeoff and descent can be extremely painful for newborns who can’t pop their ears on their own. You can help them ease the pressure by nursing or giving them a bottle, but if they aren’t hungry or are already too upset to take anything, they are going to cry. Loudly.

Newborns Probably Won't Spread Germs — but They Can Get Sick Themselves

Older infants and preschoolers tend to be chattering little Petri dishes, spreading their kid germs everywhere they go with their sticky, snot-covered hands. But passengers don’t really need to worry about a newborn on board spreading the latest plague because they tend to live in fairly protected environments. Newborns, however, do have a reason to worry about other passengers getting them sick — including their own parents or caregivers. While many — I hope — wash their hands after using the restroom, they might not think to wash them after touching the air vent or tray table, even though those have far more germs lurking on them. If you touch a baby after touching one of those objects, it could expose them to potentially serious diseases that, while mild or invisible in adults, could be deadly during infancy. For a new parent — or any parent really — that knowledge can be terrifying.

Newborns Evoke Compassion — and a Whole Lot of Contempt

Many fellow passengers and flight crew members will respond to your newborn with a special sympathy reserved for frazzled new parents. But no matter how cute your kid is or how much you prepare for the trip, you’ll almost certainly be the recipient of eye rolls or death glares. More than half of people surveyed said that misbehaved kids and bad parenting are the biggest frustration they experience while flying. You know who else is frustrated by a shrieking baby? The person trying desperately to calm them down while a cabin full of Judgy McJudgersons stare daggers... Just sayin'.

Do you have any tips of your own for flying with a newborn? Sound off, below.