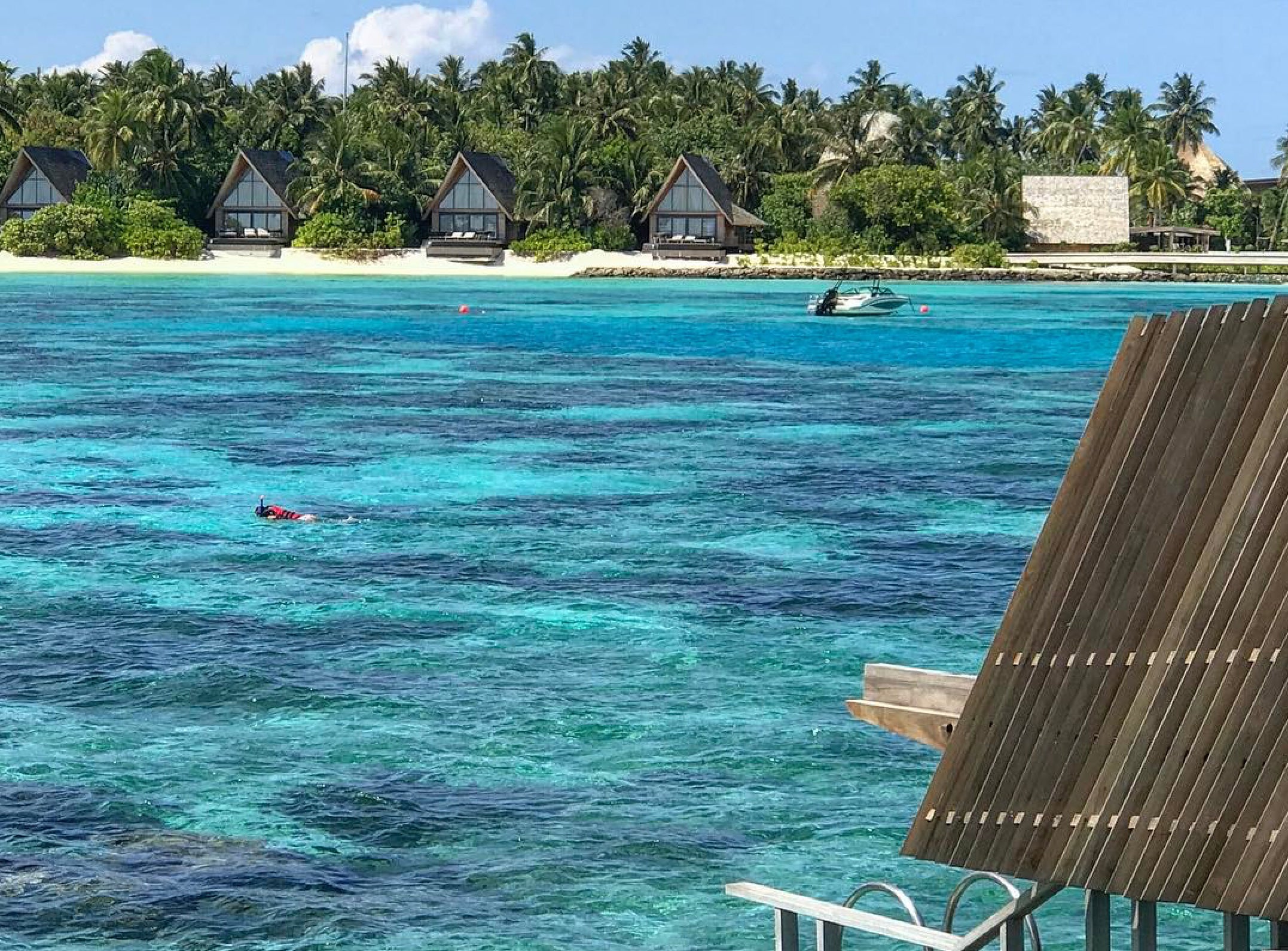 Earlier this week, TPG and I visited Marriott's Maryland headquarters for the first time, and we had an exclusive opportunity to sit down with David Flueck, the head of Marriott Rewards and Starwood Preferred Guest. During our on-the-record chat, we learned that Marriott's working hard to zero in on a new credit card partnership — the chain expects to be able to share details of the new product later this year, even though we won't see any substantial changes to the programs themselves until 2019.

While the issuer and perks are currently unknown, one thing's for sure — with a combined 100 million members, Marriott has some serious leverage when it comes to negotiating an agreement, and that means a sweeter deal for the chain, and consumers as well.

Marriott currently has lucrative contracts with both Amex and Chase, both of which will be competing to partner with Marriott once the programs are combined. Both issuers are likely in the process of working through proposals for a new contract and credit card, but in the meantime, TPG and I developed a list of the perks we'd like to see from whatever card 2019 will bring.

Now, we could have worked in some crazy benefits, like complimentary spa treatments and free Uber rides to and from the airport, but we're keeping things realistic here. Ideally, all of the benefits below will make it to Marriott's new and improved co-branded card, once that becomes a reality. The first six perks actually already exist in one form or another — we've used these as a starting point and made our preferences clear below, broken down by program (and card). Then, we've added three (entirely reasonable) bonus perks. Only time will tell if Marriott will deliver.

This one couldn't be any simpler — the Marriott card comes along with an $85 annual fee, while the Starwood Amex cards carry a $95 annual fee. The Marriott Rewards business card commands $99 each year, though, so the Amex cards edge that one out by a hair. Ideally, a new card will adopt the lowest annual fee of the bunch.

Both versions of the Marriott card get you one free night at a Category 1-5 hotel after your account anniversary each year — the SPG cards don't offer a similar benefit. Your free night covers some pretty attractive options within each category, ranging from the Courtyard Bremen in Germany (Category 1) to the JW Marriott in Houston (Category 5) — in total, there are well over 3,000 hotels around the world that fit the bill, so you shouldn't have too much difficulty taking advantage. In a perfect world, a new card would offer an annual free night at any hotel under the Marriott umbrella, up to and including the gorgeous St. Regis Maldives. We can dream, right?

Marriott Rewards Silver is hardly the most rewarding elite tier, but you get it for free with both Marriott cards. Even better than that, though, is how Marriott grants this status — you'll earn 15 night credits with each of the two credit cards, and if you carry both cards, you'll be more than halfway to Gold, which requires 50 annual night credits. Platinum, meanwhile, requires 75, or 45 more if you have both Marriott cards. You can also earn an additional elite credit for every $3,000 you spend with no cap — it shouldn't be hard for business owners to rack up lots of extra credits. The SPG Amex cards offers a similar perk, but you earn 5 nights with each card instead of 15. Let's hope the 15 night credits are here to stay.

The SPG Amex cards offer 2x points on Marriott and Starwood purchases, which, on the surface, sounds considerably less generous than the Marriott cards, which offer 5x. However, Starwood points transfer to Marriott at a 1:3 ratio, so you're essentially earning 6x with the SPG Amex cards, rather than 5 — that means you'll come out ahead by using the SPG Amex to pay for your Marriott stay, even if you have a Marriott Rewards credit card. Ideally, a new card should offer at least a 5% return (based on TPG's valuations).

Yes, you can unlock some phenomenal value with Marriott's Hotel + Air packages, but there's no question that they're a bit difficult to navigate, and require more effort than many members can likely afford to invest. Starwood's airline transfers are more straightforward, and often more valuable, letting you transfer points to partners at a 1:1 rate. You also get a 5,000-mile bonus for every 20,000 Starpoints you transfer, which can make this option even more appealing. We hope Marriott keeps all of its partners around, and offers an even more lucrative transfer rate, to boot.

This perk is exclusive to the Starwood Preferred Guest Business Credit Card, but it's a unique perk nonetheless. Essentially, cardholders get access to Sheraton Club Lounges around the world, regardless of which room they've booked. SPG Platinum members get this perk without the card, but if you haven't qualified for Starwood's top-tier status, this is a great opportunity to score free breakfast, evening cocktails and other F&B perks on the cheap. Extending this benefit to all cardholders could result in overcrowding, but perhaps Marriott could issue club floor upgrade certificates, as you get with the Ritz-Carlton card today.

The Marriott Rewards card offers 2 points per dollar spent at restaurants, car rental agencies and on airline tickets purchased directly with the airline (airline tickets purchased directly with the airline, and at car rental agencies, restaurants, office supply stores, and for internet, cable and phone services purchases for the business card), but considering 1 Starpoint = 3 Marriott Rewards points, and the fact that you'll earn 1 SPG point on all non-Starwood/Marriott purchases, you'll come out ahead with the SPG card, even though it doesn't offer a similar category bonus of its own. A new benefit would offer three earning tiers:

Ugh. Resort fees. Where do we even begin...

Hyatt now waives resort fees for Globalist members, even on paid bookings, and for all members on award stays. We'd like to see Marriott follow suit, and sweeten the deal with no resort fees for all cardholders, on paid and award stays alike.

Many US merchants now require that you insert your card for a chip scan rather than the traditional magnetic swipe, but even though almost all US-issued credit cards offer a chip, very few support the PIN technology in use throughout Europe, Asia and other parts of the world. A new Marriott credit card should include the ability to add a PIN as well, which makes the card even more secure while also eliminating the need to sign for transactions.

Many of the combined 100 million Marriott Rewards and SPG members have embraced the merger so far, transferring some 15,000,000,000 (yes, billion) points between the two programs. And the feedback we've been seeing has been positive overall — in general, Marriott's handled the merger very well so far. Of course, there's still some concern of a devaluation come 2019, but we've heard Marriott executives repeatedly say that they plan to maintain the best aspects of both loyalty programs — cutting major perks won't accomplish much there.

We've been told to expect more details concerning a new co-branded card partnership later this year — regardless, it sounds like there's plenty of time left to make the most of Marriott Rewards and Starwood Preferred Guest (and their co-branded cards), just as we've been doing for years.

For more on Marriott and Starwood's current credit cards, see:

Which perks would you like to see from a new co-branded card?