Where to Sit in Asiana Airlines' A350 Business Class 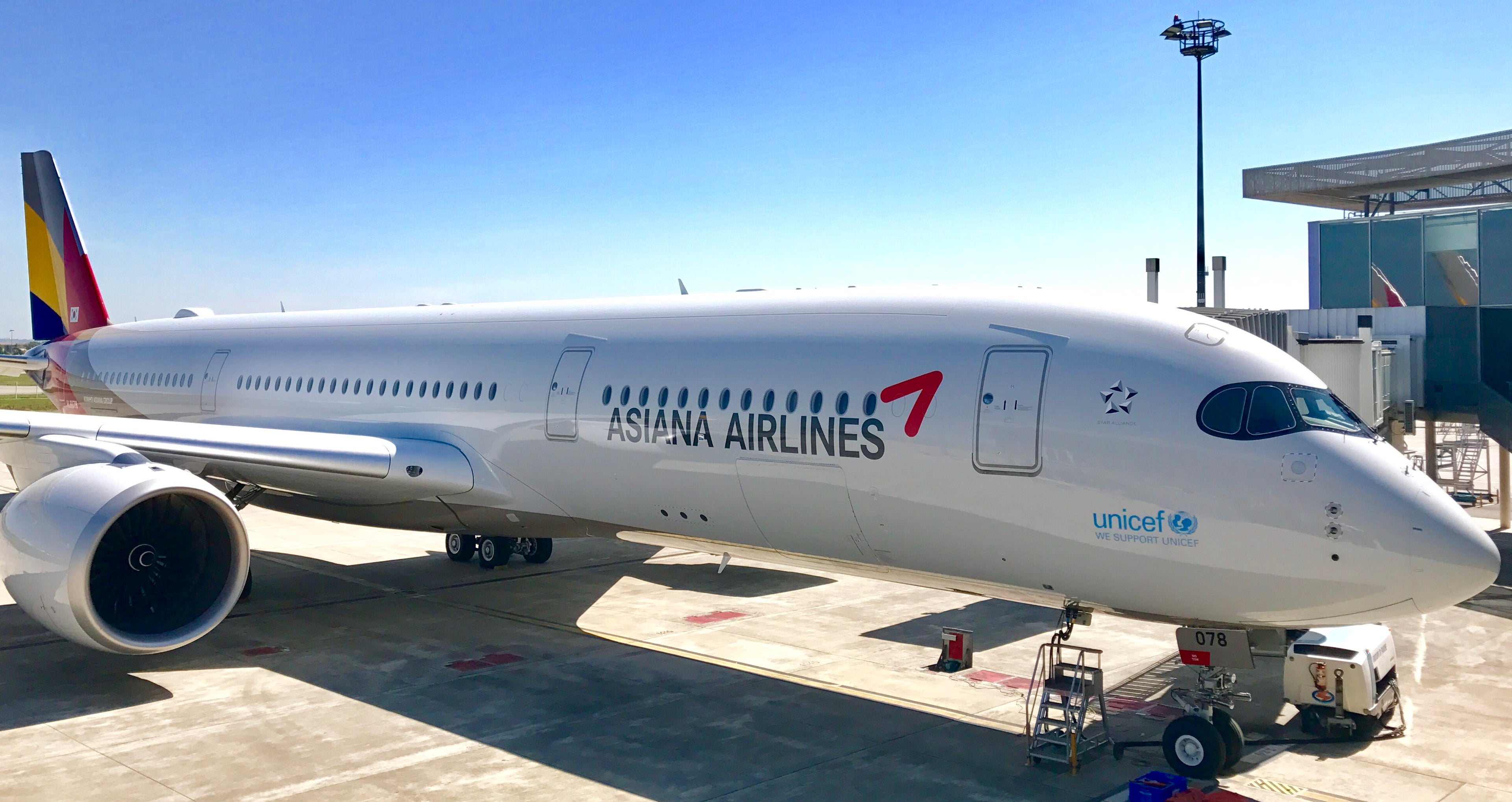 I recently joined Airbus for the delivery of Asiana Airlines' A350, where the carrier became the latest to add this particular aircraft to its fleet. As of early-May, its new Airbus A350-900 XWB will initially be operated within Asia on routes, starting with Seoul Incheon (ICN) to Hong Kong (HKG), closely followed by flights to Manila (MNL) and Beijing (PEK).

It's important to note that Asiana is a member of Star Alliance, meaning there are several options for booking award travel, connecting flights (either before or after your Asiana one) and the ability to earn miles and points on a partner airline.

As some seats are better than others on this aircraft, I'll take a look at your options below:

The front section of the A350 (between doors 1 and 2) is where you'll find the business-class cabin, with 28 seats arranged in a staggered 1-2-1 configuration.

Each seat offers direct aisle access, so you don't need to worry about having to climb over another passenger just to use the restroom or get up and stretch your legs.

Business-class seats have a total fully flat bed length of 77 inches, and each comes with an 18.5-inch HD personal in-flight entertainment screen.

Which Seats to Choose

While nearly every one of Asiana's business-class products is consistent in terms of the amount of space per seat, there can be some in the cabin that you may prefer to sit in or avoid. For passengers traveling solo, business travelers and anyone who values both privacy and a decent view — something that's extra cool on A350 XWB due to its large windows — I'd recommend seats 2A and 2K, 4A and 4K and 6A and 6K. These seats are positioned closest to the window, with the table being nearer to the aisle, meaning you have a small space to "step in" to your seat area rather than having it located directly next to the aisle.

For passengers traveling together, the "honeymoon" seats in the center section of business class — 1E and 1F, 3E and 3F, 5E and 5F and 7E and 7F — offer a decent amount of privacy and when reclined, become a kind of double bed when you lower the armrests.

Solo travelers may want to avoid these though — if you don't know the person sitting next to you, the proximity may not be desirable and the privacy is significantly less than what you'll get in the window seats.

Seat 01A on any aircraft is clearly a favorite of the frequent flyer community. On Asiana's A350, however, it's a window seat that's closer to the aisle than the window, making it a little more exposed than usual.

The only other difference with 01A is the surface located behind the IFE screen, which, despite there being a placard saying "no storage," I have seen multiple uses for, including a passenger with a toddler (on the same seat model on Etihad's Boeing 777) who left her young child sitting on the surface for an hour while she slept! It was almost definitely a very rare situation, but it did make me realize that with any 'unexplained' extra seat space, passengers will always find a use for it!

Have you flown in Asiana's business class? Tell us about your experience, below.