Flying United Polaris — Where the Customer Is Always Wrong 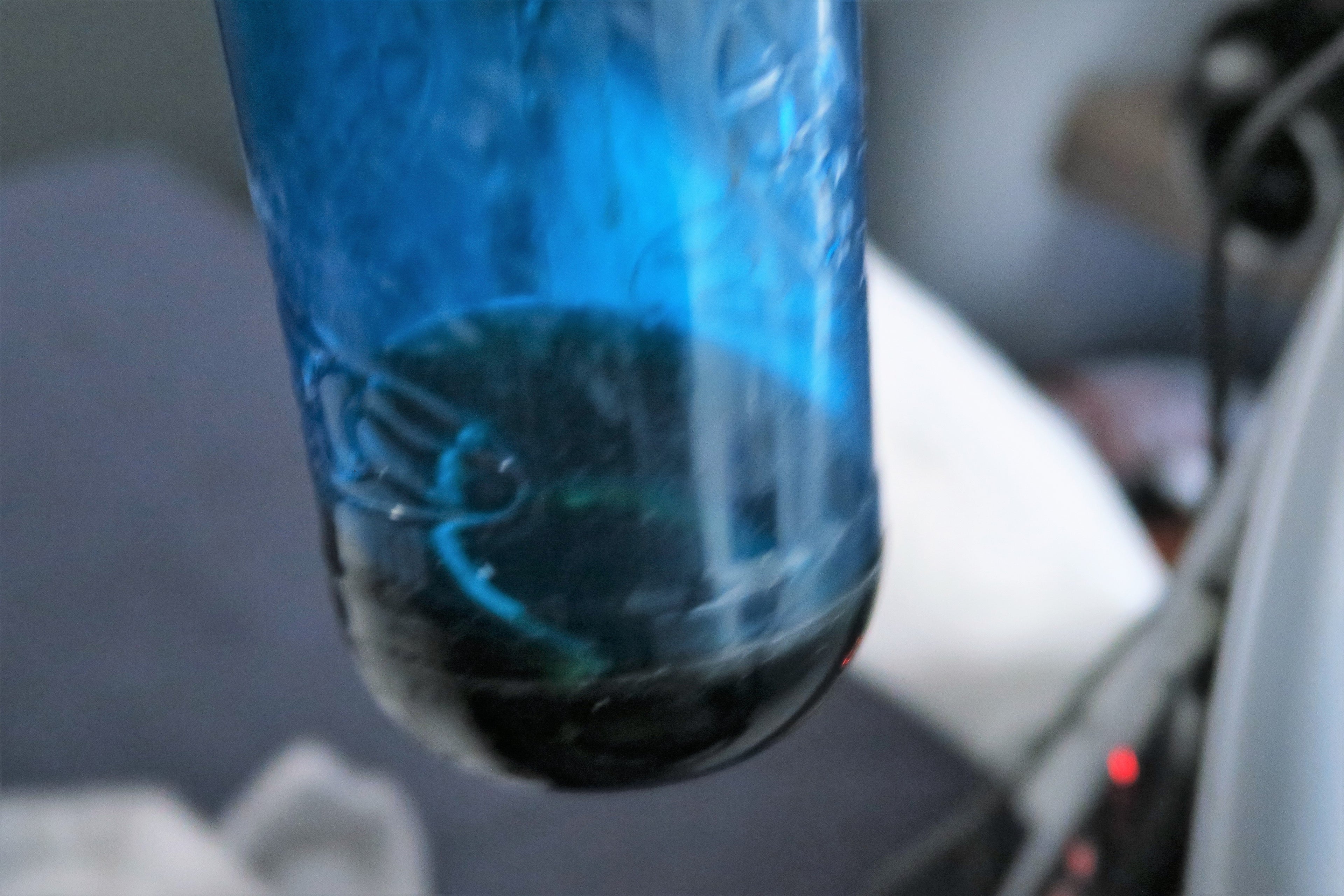 Flying United Polaris — Where the Customer Is Always Wrong
This post contains references to products from one or more of our advertisers. We may receive compensation when you click on links to those products. Terms apply to the offers listed on this page. For an explanation of our Advertising Policy, visit this page.

It hasn't been a great couple of months for United. But that wasn't going to stop me from experiencing some of the company's latest products. I was actually in the middle of a head-to-head comparative review between Lufthansa and United, and learned the hard way that — oh my — what a difference there is between customer-service experiences.

You can read my full face-off in the coming weeks, but I couldn't resist sharing my most recent experience because it showed me just how rotten to the core United's customer service really is. Across the board, from in-flight to social media to Washington Dulles' airport customer service, I experienced a near complete meltdown. Here's my story.

As with all TPG review flights — unless we are filming TPGtv on board — I didn't contact the airlines ahead of the flight and I paid for my flight. For the one-way business class flight back from Europe, TPG paid 57,500 United miles and $109 of taxes and fees. For this leg, I was flying United's 777-200 in Polaris business class from Frankfurt (FRA) to Washington DC (IAD).

The eight-wide (2-4-2) seating in this United business class is the poster boy of business class seats to avoid. But, I was prepared for that. What I wasn't prepared for was the passenger seated inches away from me inserting a glob of chewing tobacco in his mouth while we were boarding.

And then it started, every few minutes he would grab his spit bottle and spit up the remainder — sometimes accompanied by a little phlegm he'd cough up. Gross. In my decades of flying, I've never experienced a passenger doing this. And, frankly it was disgusting — especially to have it happen just inches away from me in the crammed business-class seating.

I wasn't sure if this was even allowed, so I reached out to United's Twitter team:

I wouldn't get a response from them for almost six hours — and that response ignored the question altogether by merely asking me, "Have you communicated with the flight attendant about this? ^NJ"

Well, yes I had. Shortly after we reached cruising altitude, I approached a flight attendant about the issue. He said that it wasn't prohibited. I explained how I was grossed out and asked to be re-seated. There were ten open middle seats in business class, but the FA was unwilling to re-seat me.

Then, there were the seat issues: My power plug was broken, the in-flight entertainment system was malfunctioning, the leg-rest would collapse under pressure (you know, like, from a leg). The flight attendants unsuccessfully tried to fix the IFE system, but eventually did fix the power plug. Still, the leg-rest was clearly broken:

Hours later, I again inquired about the issues — this time asking for the purser. I was told she wasn't available but I was finally allowed to move to an empty middle seat. Then we hit turbulence so the plan was scrapped for a little while. Finally, 6.5 hours into the 8-hour flight, I was "re-accommodated" into someone else's seat. As he was sleeping in a middle seat, the flight attendant told me to take that passenger's aisle seat. Thankfully, he was a good sport about the awkward situation when he woke up!

After clearing immigration and security, I made a beeline to the nearby United Club. Laying out the situation, the agent directed me to the customer service desk down the concourse. The club agent gave me the name of the customer service supervisor and told me to ask for her immediately.

The supervisor was initially defensive, but eventually broke down and said that there was nothing she could do but give me a $100 voucher for my troubles. I explained that this was rather laughable considering all of the failures and pushed her for more. Then, she went straight to "Do you want me to lose my job?"

She claimed to me that she (a customer service supervisor) would lose her job if she gave me (a business-class passenger with a slew of complaints) more than a $100 voucher. So, I asked who could authorize more. She left the desk to head to a back office for a few minutes. Then, she came back and proudly stated she could now give me $125. I kept pushing.

Eventually the offer was expanded to $125 or move me to the nonstop from Dulles (IAD) to Austin (AUS) — rather than have me connecting through Newark (EWR). But she could only give me one of those. Again I asked: Who could give me more? She said her boss — the customer service manager — was the only one who could do more. While we waited for him to come, I accepted her offer to move to the nonstop. But I wasn't done pushing.

The manager clearly didn't want to deal with me. Pulling me to a corner of the terminal away from the customer service desk, he immediately went on the attack. He complained that he had to bump a revenue passenger to get me on the nonstop from IAD-AUS and condescendingly explained that I should just be happy with that.

Pulling up my screenshot of ExpertFlyer from immediately before the rebooking, I showed him how there was still one first-class ticket for sale and one seat available before I was rebooked. So, his statement was false. Confronted with the facts, the manager stormed off, saying he didn't have time for me.

Are the cops going to get called?

So, I voiced my displeasure via the "Were we friendly and helpful?" automated kiosk. That's when a customer service agent who I hadn't spoken with yet inserted himself into the situation in a rather dramatic way: He yelled at me from a few stations down, threatening to call the police.

Yep, he was going to call the police because I pushed the bad service button. Turns out, United will no longer use law enforcement “to remove a booked, paid, seating passenger”, but they won't rule out calling the police on someone silently expressing their dissatisfaction via a 'How did we do?' kiosk button.

The manager was quickly summoned again. And again, he wouldn't talk to me at the customer service desk — he pulled me into a corner of the terminal again. To his credit, he admitted that he "misspoke" about "bumping a revenue passenger" to get me on the nonstop flight — saying he "misunderstood" the supervisor. He offered no apology.

With that, the manager said he had 22 flights to deal with and said he wasn't going to talk to me anymore. Again, he left suddenly.

Throughout this experience, United's Twitter team continually failed to provide a timely response. It took almost six hours to get a first response, but I had to continue to ask United for its policy.

Finally I got a response from United's Twitter team confirming that it wasn't allowed:

Eventually, I was asked to direct message United my seat details so they could address the problem. When I did, I got a boilerplate response. After that, United's Twitter team ghosted me; they haven't responded to any more tweets or messages since.

Taking a seat with me in the club, he asked to hear my side of the story directly from me. After listening intently, he genuinely apologized for the "customer service failings throughout." He promised to follow up on my specific seat to make sure it was marked inoperative so that other passengers wouldn't have the same experience. He promised to follow up with the crew so they'd know the rules going forward.

He offered a $150 voucher. Asking if that was his "final offer," he upped it to $300 — as he said he forgot to factor into the offer that I was in business class. Finally, he asked me to give Polaris another chance, saying that they are "still working the kinks out of the service" as "this is something unlike anything we've done before."

As my flight to Austin (AUS) had already started boarding, he asked the desk agents to print a voucher for me. While they did that, he headed to my gate to make sure that I wouldn't be left behind.

Despite Oscar Munoz's efforts to make United a more customer-friendly airline, United's customer service still has some rotten apples. I've flown enough recently (328,654 miles since the beginning of 2015 with 115,986 miles so far in 2017) to know that there will be periodic service failings on-board. But, it's how the airline's customer service handles these situations after a failing that is especially telling.

Flight attendants being misinformed about policies. That happens. A customer service manager lies to me and then storms off when I prove his statement incorrect. That shouldn't happen. Treating passengers traveling on award flights as not worthy of customer service. That's absurd. A customer service agent threatens to call the cops on me for pushing a "negative feedback" button. That's insane.