Where to Sit in Asiana Airlines' A350 Premium Economy and Economy 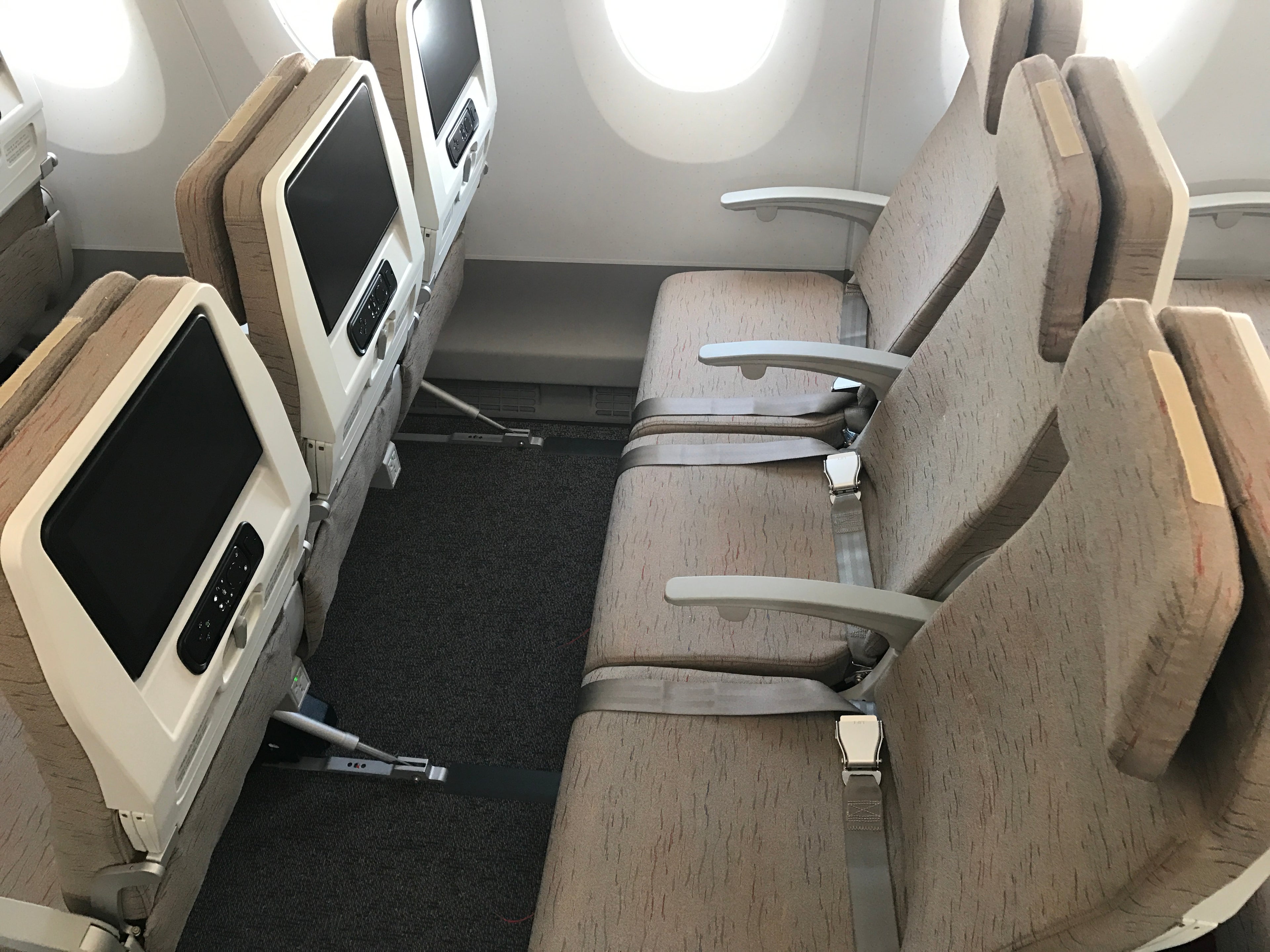 I recently joined Airbus for the delivery of Asiana Airlines’ A350, where the carrier became the latest to add this particular aircraft to its fleet. As of early-May, its new Airbus A350-900 XWB will initially be operated within Asia on routes, starting with Seoul Incheon (ICN) to Hong Kong (HKG), closely followed by flights to Manila (MNL) and Beijing (PEK). Consider this your go-to guide to finding the best premium economy and economy seats onboard this particular aircraft.

There are four rows of Asiana's premium economy class located in the center of the aircraft — rows 10-14, with no row 13, like on many other airlines due to superstition. The configuration matches that of the regular economy section at 3-3-3, the Airbus standard for economy cabins on the A350 XWB.

Each seat is 18 inches wide and has a seat pitch of 36 inches, a power outlet and a USB port, along with an 11-inch touchscreen in-flight entertainment screen. The aircraft also has satellite Wi-Fi onboard.

Which Seats to Choose in Premium Economy

It's important to note that these seats have in-flight entertainment screens and tables that fold out from the armrest.

I would opt for window seats in row 10 — 10A, 10B, 10C and 10H, 10J and 10K — which benefit from two full windows, something that's especially great for those who love the views. Because it's an A350, the windows are much larger than those you'll see on most other aircraft.

There are 247 economy seats, spread over two cabins.

Seats measure 18 inches wide and has a seat pitch of 32 inches — that's four inches less than you'll get in premium economy.

As in premium economy, each seat comes with a power outlet and a USB port, as well as an 11-inch touchscreen in-flight entertainment screen.

Which Seats to Choose in Economy

In the first economy cabin, all seats are exactly the same, offering the same amount of legroom. However, in the rear economy cabin, there are quite a few good options to choose from.

Row 29 is the exit row for Door 3 on the A350 and marks the start of the rear economy cabin. There's no window seat on each side of the cabin in Row 29, which essentially makes it a "pair" seat. The main advantage to Row 29 is that due to there being an exit row in front of it, these seats offer a virtually unlimited amount of legroom.

Although the legroom offered is somewhat narrower than the unlimited open space legroom in row 29, the window seats in Row 30 offer a super-generous amount of space compared with regular economy seats. These seats — 30A and 30K — are the same on each side of the cabin.

Which Seats to Avoid in Economy

In terms of seats to avoid, most on the aircraft are fine aside from Row 43, in particular, seats 43D, 43E and 43G, which are the last seats in the rear economy cabin and are in a very, potentially disruptive spot.

First of all, they're directly adjacent to the lavatories, meaning you'll probably hear the sounds of toilets flushing a few hundred times during your flight. In addition to this, they're located just in front of the busy rear galley, which is dedicated to serving the majority of the economy section, meaning it's always very busy. Finally, the cabin crew rest compartment is directly above Row 43 — access to the crew rest compartment is via a ladder entrance in the galley — which also means the ceiling level is significantly lower here, reducing headroom. Furthermore, after sitting in this seat during a test flight, I was able to hear whenever someone accessed the crew rest area the same way you may have heard someone noisily walking around in the hotel room above you.

For what it's worth, magazines are also stored above the seats in Row 43, further increasing the likelihood of a flight in these seats being very bothersome.

There are some great options for extra space in economy on Asiana's A350. Thanks to the extra-wide fuselage, large windows and spacious cabin definition, it's definitely one of the most comfortable aircraft to fly on, even in coach.

Have you ever flown on Asiana Airlines? Tell us about your experience, below.

Featured image by Economy class on Asiana's Airbus A350. Image by Alex Macheras / The Points Guy.