4 Tips for When You Check Your Electronic Devices 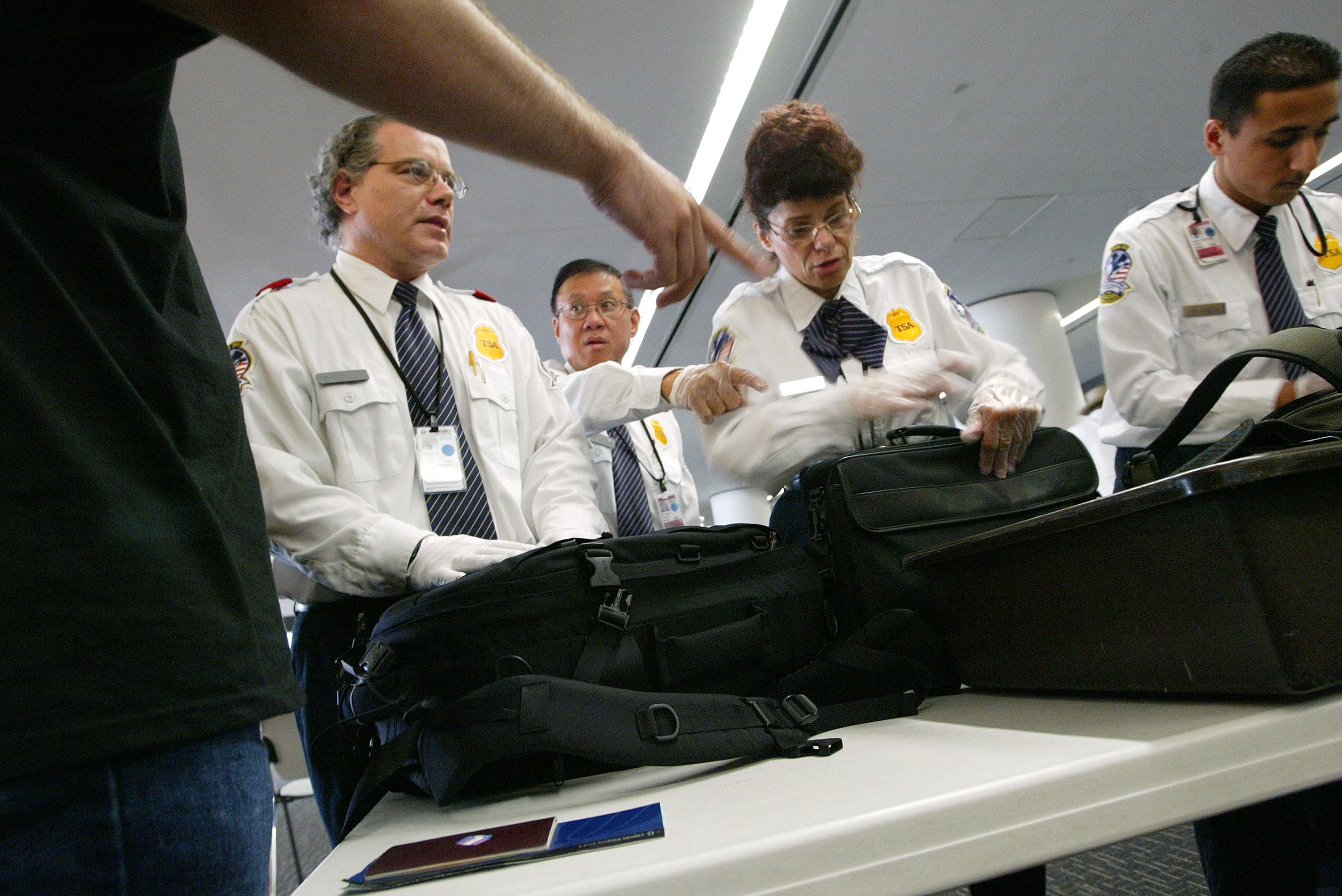 For many people, travel is already stressful enough. As of this week, it's become a lot more complicated too, in the wake of the Department of Homeland Security (DHS) and Transportation Security Administration’s (TSA) new electronics ban, which changed the rules surrounding carry-on devices on flights to the US from 10 airports in eight countries, including major hubs like Istanbul and Dubai, among others. While the ban, which seemed to happen in an instant, has left travelers with loads of questions — some of which we’ve already attempted to answer — the biggest query seems to be: What’s the best way to ensure that checked devices make it to their destination safely and securely? Here are four tips for making that happen.

Even if you’re only traveling from your front door to the nearest Starbucks, it’s always a smart idea to lock your electronic devices — be it a smartphone, tablet or laptop — to protect the security of whatever information you have on said devices.

Danny O’Brien, International Director of the Electronic Frontier Foundation — a nonprofit organization dedicated to defending people’s civil liberties in an increasingly digital world — wrote this week that the ban has “provoked a growing sense of insecurity among personal and business travelers flying between America, the Middle East and Turkey, and rightly so.” It was also recently reported that US Customs and Border Protection searched more individuals’ electronic devices in February than it had in all of 2015 — and that was in full view of the devices' owners.

Though the DHS went on record with TPG to state that data wouldn’t be collected from checked devices, that hasn't allayed travelers' fears about losing contact with their devices — particularly those who use airtime as work time, or keep little ones in tow busy with a tablet. While just how far a traveler will go to secure the data on his or her device will vary based on its level of confidentiality, the easiest and most important first step every traveler should take is to lock each and every one of his or her devices with a password. But don't stop there.

“Don't just lock: encrypt,” O’Brien told TPG. “In modern phones and laptops this can happen automatically when you set a long passcode, but not always. Check your devices user guide or ssd.eff.org. On Macs, it's called FileVault, on Windows, it's BitKeeper. An encrypted device is much harder for others to read than a device that just asks for a password or other code to unlock.”

And, whatever you do, keep a copy of the device’s password in a safe place — not on a Post-It on the device itself!

Protecting the security of your data is one thing. Packing a device into a suitcase that never reaches you is another problem altogether. Though the airlines recently celebrated a record low for the number of bags they mishandled in 2016, lost luggage does happen. And neither you, nor your laptop, want to be one of the unlucky few. Fortunately, there’s a pretty simple solution for locating wayward bags: luggage trackers.

These GPS-like devices keep an eye on your belongings when they leave your sight, and while they won’t prevent your bag from flying to LaGuardia while you’re landing in JFK, these tiny devices can often be quicker to locate a missing item than an airline can. We’ve highlighted the pros and cons of a couple of them, which retail for around $50 apiece, as well as the Okoban luggage tag, which uses the SITA/IATA WorldTracer program — the same global system airlines use to find lost bags — to keep track of where your wandering weekender went.

That the TSA is one half of the power behind the new electronics ban is ironic, considering the agency’s past recommendation to flyers that electronics “should be packed in carry-on luggage because they are typically fragile, expensive and more prone to breaking if transported in checked baggage.” But times change, and so do the rules. And since there’s no point in arguing the mandate, you’ll just have to do the best you can and be sure that you pack your bag as carefully as possible to ensure that your electronics are not damaged.

Brad John, co-founder of New York’s Flight 001 travel store, told CNN that when it comes to packing electronics, “No solution is going to be perfect,” but suggests that a protective, padded sleeve in which to store your devices and a hard-shell suitcase can all add additional layers of protection. If you’re packing any liquids, John advises taking extra care to secure them in a leak-proof plastic bag if they're going to now be in the same bag as your precious pieces of technology.

You’ve locked your devices, slapped on a tracker and carefully packed everything into a heavy-duty suitcase or aluminum roller bag — all that’s left to do is to secure the luggage itself. The easiest way to do that? With a TSA-approved lock. If you want to layer on more security from there, you can always wrap your bag in plastic — several major airports have machines that will do this for you, though technically the TSA has every right to cut through it to open up your bag if it deems it necessary. Still, peace of mind — and the ability to see if your bag was tampered with — both have their own value.

You could also try placing a “Fragile” sticker onto the suitcase, though most travel experts — and baggage handlers — admit that this probably won’t make a difference. Travel insurance won’t do much good if your electronics are lost or damaged either; CNN reports that Allianz limits insurance cover for damage to electronics to just $500, while World Nomads will pay a maximum of $1,500 for a damaged or stolen item.