Are Green Card Holders Exempt From the Trump Travel Ban? 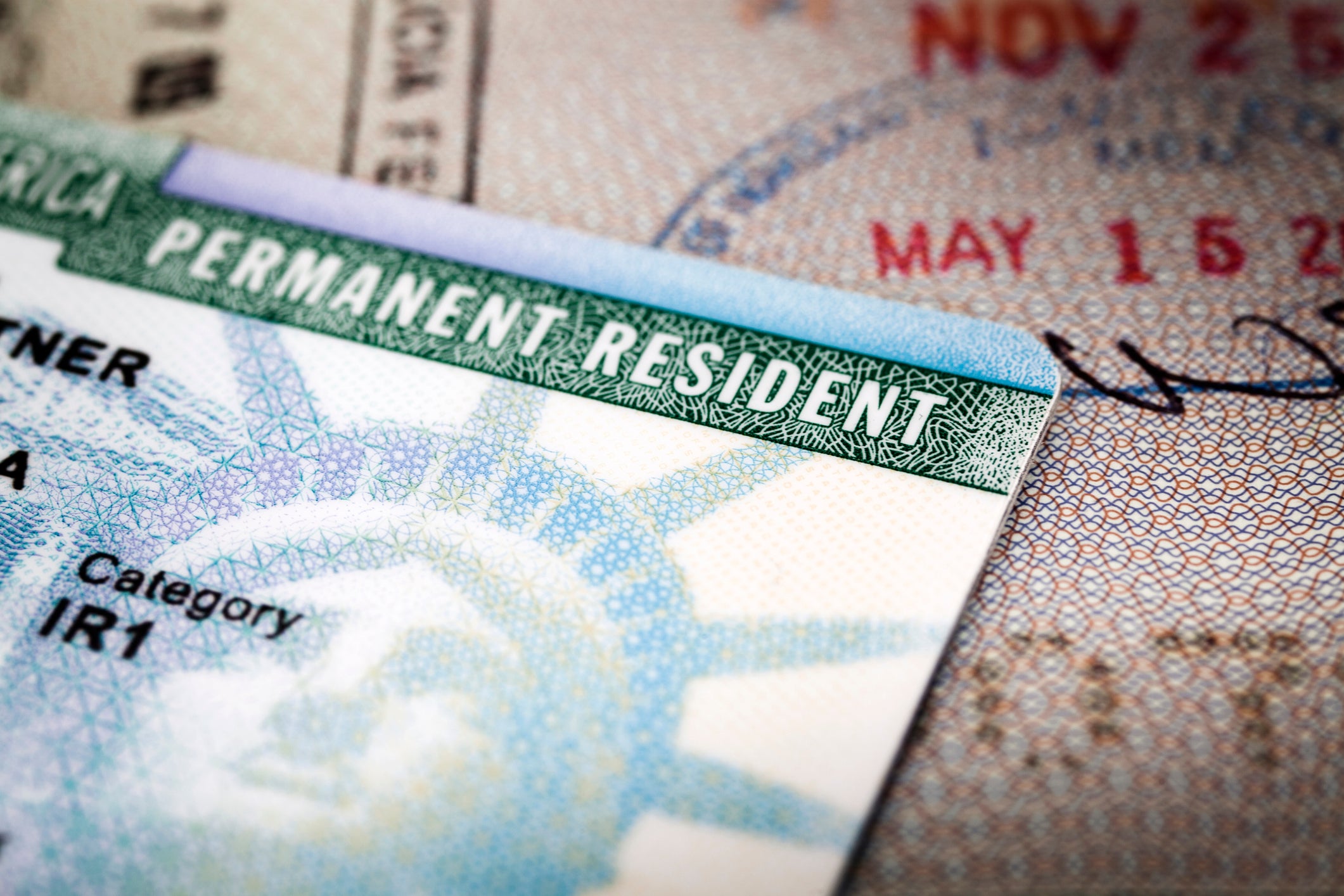 Are Green Card Holders Exempt From the Trump Travel Ban?
This post contains references to products from one or more of our advertisers. We may receive compensation when you click on links to those products. Terms apply to the offers listed on this page. For an explanation of our Advertising Policy, visit this page.

Amid the fallout and confusion caused by Friday's executive order by President Donald Trump banning immigrants and refugees from seven countries from entering the United States, several new pronouncements today may be changing the scope of the order for green card holders, though to what extent remains unclear.

Late last night, CNN reported that originally the Department of Homeland Security had determined green card holders would not be covered by the President's order, and sent guidance to airlines stating that "lawful permanent residents are not included and may continue to travel to the USA." This appears to be why some airlines, such as United, are maintaining that the order does not affect US resident card holders.

However, according to the CNN report, the Trump Administration later overruled that legal interpretation and instead determined that green card holders would only be allowed to enter the US on a case-by-case basis, which led to reports from law enforcement officials that the order did in fact apply to green card holders but that exemptions could be obtained.

That brings us to this morning, where on NBC's Meet the Press, the White House Chief of Staff Reince Priebus denied that the administration had overruled DHS and appeared to announce that green card holders would not be affected by the Trump order, before taking it back a moment later. Here are the relevant portions of the transcript:

CHUCK TODD: Well, one of the things in the order apparently is to include green card holders. And that is something that there has been a report that the Department of Homeland Security recommended that it not include green card holders. Why did the White House choose to overrule the Department of Homeland Security on that one?

REINCE PRIEBUS: We didn't overrule the Department of Homeland Security. As far as green card holders moving forward, it doesn't affect them. But here's the deal, if you're coming in and out of one of those seven countries, by the way, identified by the Obama administration as the seven most dangerous countries in the world in regard to harboring terrorists. And affirmed by Congress multiple times. Then you're going to be subjected temporarily with more questioning until a better program is put in place over the next several months. [...]

CHUCK TODD: You just said something at the beginning of your answer and it seemed like an aside. This order does not impact any green card holders from these seven countries?

REINCE PRIEBUS: Well, of course it does. If you're traveling back and forth you're going to be subjected to further screening.

Then a few minutes later, Priebus continued by saying...

REINCE PRIEBUS: The executive order doesn't affect green card holders moving forward. I said that. But what I'm suggesting to you is that customs and border patrol, I would suspect, if they have a person that's traveling back and forth to Libya or Somalia or Yemen, I would suspect within their discretion, they might ask a few more questions at JFK or some other airport when someone's coming back and forth within their discretionary authority as a customs and border patrol agent.

It would seem what Priebus was trying to say is there's no blanket ban for green card holders, but they can expect to receive additional scrutiny, particularly if they travel back and forth to one of the seven named countries on a regular basis. However, there has not yet been any clarification from the White House or other government agencies on this.

Meanwhile, the Department of Homeland Security issued a statement on the litigation surrounding the Trump order. Unfortunately, the statement did not make things clearer, as it noted both that "President Trump’s Executive Orders remain in place — prohibited travel will remain prohibited" but also that "The Department of Homeland Security will comply with judicial orders."

Finally, according to CNN, in an email on Sunday the International Air Transport Association told airlines that the Customs and Border Patrol had instructed them that "lawful permanent residents of the United States (green card holders) were out of scope of the (executive order)."

With all this conflicting information, it's unsurprising that agents on the front lines are somewhat lost, both here and overseas. Some passengers are being prohibited from boarding planes to the US, while others are being allowed to travel and in some cases enter the country. A Department of Homeland Security senior official told the Washington Post that as of late Saturday night, 109 people who were in transit when the order was signed had been denied entry to the US, while another 173 people were prevented from boarding planes headed to the United States.

For those folks with permanent green cards whose country of origin is Libya, Iran, Iraq, Somalia, Sudan, Syria, or Yemen, if you are currently outside the country and attempting to return, the best advice right now appears to be to arrive at the airport extremely far ahead of time and be ready for a lot of confusion. If you want to change your travel plans, you should consult our list of airlines offering change and cancellation fee waivers.

And needless to say, if you are a green card holder from one of the seven countries and are already here, you are highly advised not to travel outside the United States until the situation is clarified.