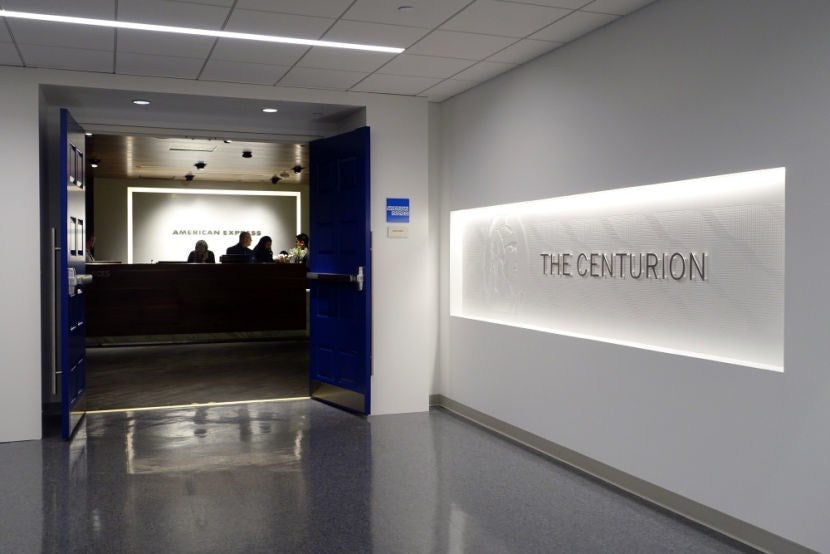 One of the most valuable perks of Amex's premium cards — including the The Platinum Card® from American Express, The Business Platinum Card® from American Express and the Centurion Card — is access to the company's exceptional Centurion Lounges located at several key airports around the US. These are not your typical airline lounges — think top-shelf liquor, comfy seating and restaurant-quality food; not free Bud Light and little cubes of cheese. Everything is included, and you can even bring guests in for free.

(See this post for full details on the current lineup of Centurion Lounges, including location, square footage and perks.)

Amex's US Centurion Lounges include a recently opened location in Houston, a soon-to-be refreshed Seattle lounge and a planned location at Philadelphia International (PHL) — the latter two of which we can discuss in more detail today. The company also operates 10 "International" lounges, including six in Mexico, two in India, one in Buenos Aires and one in Sydney. While these lounges typically represent a step up from independent options at the same airports, the international locations are not of the same caliber as Amex's Centurion Lounges in the US. Fortunately, that's about to change.

American Express has now confirmed that it'll begin launching Centurion Lounges at airports around the world, starting with a Hong Kong location that's expected to open by the end of this year. We know exclusively that the new lounge will be located in Terminal 1, which is where nearly all long-haul flights depart from, including those to the US and Europe. The HKG location will be more than 8,000 square feet, which is on par with the largest US locations, and since it's modeled after the company's fantastic US lounges, you expect a full premium bar (including speciality regional cocktails), a variety of hot and cold buffet items, several different seating areas, free Wi-Fi and more.

Meanwhile, we have a few more details to share regarding the new lounge coming to PHL. As previously reported, this lounge is also scheduled to open in 2017, but it will consist of 6,300 square feet, which is 800 square feet larger than expected. Amex has confirmed the Terminal A West location, along with amenities such as a premium open bar, a food menu with "Philadelphia favorites" (I'm keeping my fingers crossed for soft pretzels and "crab fries"), a private shower suite, free Wi-Fi and quiet(er) workspaces. Amex points out that it's noticed a whopping 10% increase in cardholders traveling through PHL over the last year, most likely due to AA's acquisition of US Airways. The PHL location should open by this fall.

Finally, Amex detailed the long overdue Seattle Studio expansion. Following the addition of 1,400 square feet, this lounge will measure 4,500 square feet, with additional amenities including a shower suite, more restrooms and seating, and a full-service bar. Despite its small size, the Seattle Studio remains one of Amex's most popular locations, partially due to a 12% increase in air travel to SEA. While it sounds like Amex would like to grow the lounge even further, the airport can't offer additional space at this time. The current lounge will remain open during the renovation, which should be complete during the first half of this year.

While Hong Kong is clearly first up, American Express isn't planning to stop at just one international Centurion Lounge location. The company plans to add more US and international locations over time, in addition to maintaining the roster of international lounges, which may continue to be refreshed as well.