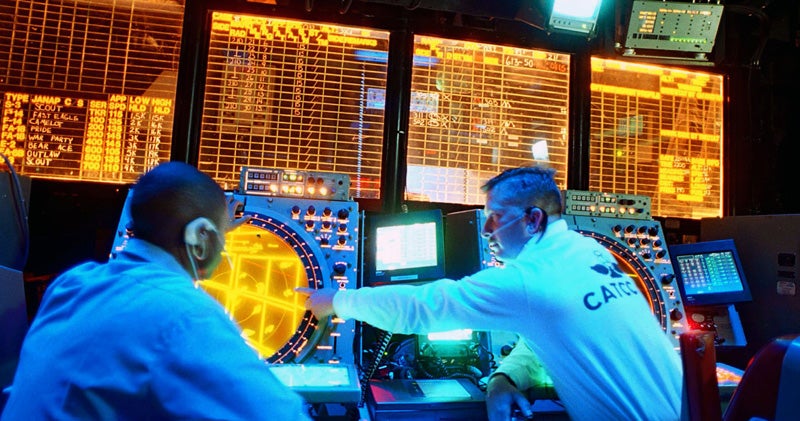 Insider Series: How Air Traffic Controllers Handle Stress
This post contains references to products from one or more of our advertisers. We may receive compensation when you click on links to those products. Terms apply to the offers listed on this page. For an explanation of our Advertising Policy, visit this page.

TPG Contributor “Vic Vector” is an air traffic controller at a major ATC facility in the United States. In this installment of our Insider Series, he talks about the infamous amount of stress associated with the job and how controllers deal with it.

The first thing everyone says to me after finding out my occupation is, "Oh, air traffic control? I hear that's so stressful!"

There's an old, unattributable adage that's been applied to everything from war to spaceflight to baseball that describes all of the above as "hours of interminable boredom punctuated by moments of sheer terror." It's true there's a certain amount of stress inherent to the business of separating aircraft, but I think there's a misconception that controlling air traffic is 24/7 insanity.

Established procedures and techniques keep most operations routine. Sometimes traffic is so slow that the job is actually boring. Other times, our airspace reaches max capacity and we're incredibly busy. Occasionally, all normalcy goes off the rail for a bit and we're forced to improvise. In other words, air traffic control is a kind of metaphor for life.

There's a quote from the 1996 New York Times article, "Something's Gotta Give," which was the basis for the movie Pushing Tin:

"You got to have two mentalities. One, these aren't lives here; these are just dots. And, two, even as bad as you can mess up, it's a big sky; the planes won't hit. Otherwise, the stress is too much, you'd have a heart attack, you'd be done."

That quote really speaks to me, because while there's no denying the nature of our work means lives are on the line, you can't spend time thinking about it, or it will consume you. Every controller deals with that fact in his or her own way, but I personally cope using a form of compartmentalization — call it denial, perhaps. They're just blips on a scope that I have to keep apart. I've worked flights carrying my own family. Maybe I've even worked flights carrying your family. If I think too much about all of the specific lives aboard those airplanes, it's much more difficult to be effective.

Many years ago, before I became a controller, I was a newly minted professional pilot flying for a small charter airline. You may have your own idea of what constitutes a small plane, but I assure you this plane was smaller — just a few passenger seats and no cockpit door or curtain to separate me up front.

It was my first day carrying live, paying customers in the back, and it began so absurdly early that by the time I descended into the first stop of the day, the sun still hadn't begun to peek over the horizon. Things were fine until a minute or so before landing, when I became acutely aware of the young family sitting right behind me and watching my every move. My palms began to sweat on the controls. These were three real people — father, mother, and young daughter — who until that moment I had been too preoccupied to consider, but had suddenly forced the scope of my responsibility into focus.

My heart raced. I wanted nothing less than a perfect landing for my first passengers, but as I wasted so much mental energy considering the very existence of my passengers, I distracted myself from the fundamentals I'd practiced thousands of times before. Wracked with anxiety, I made a firm, somewhat sloppy landing — certainly not my finest work — and as I taxied the plane to the ramp, I promised myself I would never let that happen again.

I went on to fly larger airplanes for other airlines for several more years, but I never again thought about the people in back during the flight; instead, I focused on my role in completing the job at hand. That ability to compartmentalize is a trait I've carried over to my career as a controller, and so far it has served me well.

You afford yourself a great deal of comfort when you focus only on that which you can control. However, that being said, there are some things we can't control. And we hate that — the word "control" is right there in our job title. Many of the common stressors in ATC stem from things that are simply outside our authority.

For instance, we can't control the weather. Summer thunderstorms routinely throw a wrench in the proverbial spokes of air traffic. Planes can't fly through thunderstorms, so they must deviate around them. That causes our workload to skyrocket, since we're not only separating aircraft from other aircraft, but also from hazardous weather. Walk through a busy air traffic facility on a summer evening and you're likely to hear a good amount of choice four-letter words being tossed about. Occasionally, tempers boil over during peak moments of weather-related stress, but we'll all probably laugh about it in the break room later.

In the winter, snow and ice storms reduce visibility at airports, slowing arrival rates and creating logjams up the line. Strong jet stream winds create turbulence at the upper altitudes, and unlike the telltale precipitation from thunderstorms, we can't depict turbulence on our radar scopes — all our information comes from pilot reports. As pilots hunt for the smoothest possible air, we have to retain a mental image of where the rides are good (and bad) so we can disseminate that information to other aircraft. Approximately 60 people annually are injured by turbulence — most of them flight attendants — but turbulence reports and avoidance is something the FAA takes very seriously.

One of the more common, year-round causes of stress in this line of work is volume. Travelers prefer to fly at times convenient to their life, which is why you'll find most airlines schedule their arrival and departure banks at similar times — flights departing early, tapering off in the middle of the day, then picking back up in the evening. With everyone trying to come and go at once, those times of day can yield exceptionally high workloads for controllers.

Emergencies also inject stress into any otherwise normal situation. While pilots are ultimately responsible for the safe handling of their aircraft, our job is to provide assistance based on the nature of an emergency. We have a myriad of technology and information at our fingertips, so we can help with everything from weather reports to possible diversion airports; we might also forward information to airport fire and rescue, or arrange for paramedics to be waiting at the gate. However, while an emergency aircraft receives priority, you can't just hit pause on all the other airplanes that fall under your purview.

Finally, as I discussed previously, another cause of stress is the training that takes place every day at air traffic facilities across the country. If you've ever taught someone to drive, I'm sure you can imagine all the ways in which training can be stressful for both the trainer and the trainee. I had one trainer in particular who always wore a hat to work on days he would train me, and he would joke that it was meant to, "hopefully keep some of this damn hair on my head today." (At least I think he was joking.)

Some days are easier than others, but an air traffic controller must learn to deal effectively with stress in order to be both safe and successful. Not everyone possesses the skills required to do this job, but thankfully, the controllers on the front line of the largest, safest ATC network in the world certainly do.