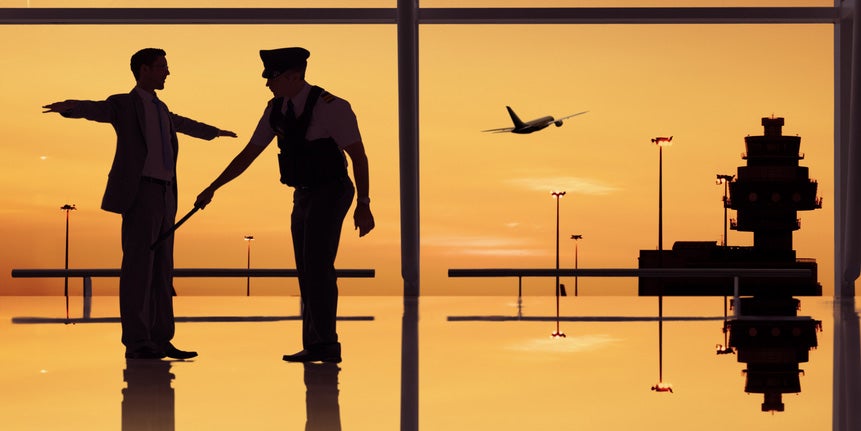 Insider Series: How Are TSA Officers Trained?
This post contains references to products from one or more of our advertisers. We may receive compensation when you click on links to those products. Terms apply to the offers listed on this page. For an explanation of our Advertising Policy, visit this page.

TPG Contributor “Patrick Down” is presently employed as a TSA officer at a US airport. In this installment of our Insider Series, he answers a question he's frequently asked: What does it take to become a TSA officer?

The general requirements for being a TSA officer (TSO) are a high school diploma or GED, a clean criminal history and a fair credit score. You also can't be color blind or deaf, and you have to be able to lift 50 pounds — but that's pretty much it. For most new hires, the biggest hurdle is making it through the training process — not because it's actually difficult, but because it's pretty damn tedious.

When I was first hired on in 2011, I knew very little about the TSA. I had a relative who worked for US Customs and Border Protection and knew that they'd been sent to the Federal Law Enforcement Training Center (FLETC) in Georgia for three months to receive their training — and I assumed, rather excitedly, I would be doing something similar. My dreams of running obstacle courses and being taught hand-to-hand combat were quickly dashed on my first day, when it was explained that I'd be receiving one month of classroom training before being sent to the checkpoint as an On the Job Trainee (OJT).

My training instructor was one of the good ones, but let's face it, there's only so much you can do to cover for poorly written government-contract PowerPoints. For four long weeks, I found myself either sitting through bone-dry presentations or memorizing TSA’s arcane (and occasionally contradictory) Standard Operating Procedures (SOPs).

There are at least six separate SOPs that a typical TSO is required to learn — Checkpoint, Travel Document Checker, Advanced Imaging Technology, Precheck, Managed Inclusion and Checked Baggage — and each SOP contains a minimum of 50 pages' worth of rules. This staggering page count inspires many working TSOs to either creatively interpret or utterly ignore some rules, resulting in screening procedures that vary from airport to airport.

Newly hired TSOs are also taught how to operate the different types of screening equipment and how to perform pat-downs and bag searches, and they're given a quick primer on how to interact with the public. Most of this information is extremely dull and repetitive ... with the exception of learning the basic components of explosives. That's as close as training gets to FLETC territory.

Once TSOs finish this month of in-class training, they begin their three months of on-the-job training. During this period, a newly hired TSO is paired with a mentor who's tasked with watching and correcting the new hire’s every action for the next three months. This is one of the reasons you'll occasionally see a TSO who appears to be doing nothing; if they're simply standing next to or shadowing another TSO, they're probably mentoring a trainee.

Having a more senior officer mentor a new hire is a good idea on TSA’s part, but as with many things the agency touches, it often drops the ball in implementation. For instance, almost no thought is given to matching up the mentors and new hires based on their personality types/temperaments; I've often seen surly, jaded TSOs pass on their bad attitudes to optimistic new hires, receiving no reprimand for their behavior and creating yet another difficult team member.

Once a new hire's three months are up, he or she must pass three tests to demonstrate their competence with X-ray screening, ability to perform a proper bag search and pat-down aptitude. Once these three tests have been completed, a TSO's training is finished, and right away, they're usually given a part-time schedule of screening, searching and patting at an airport near you.

That new TSO officer who's about to scan you and your luggage has proven not only that he or she can perform required tasks, but also withstand daily tedium while staying alert and focused. With this in mind, the training seems perfectly designed to fit the job.

One thing that makes the boredom of training worthwhile is the crazy stuff I find while at work — so be sure to stay tuned for my next "Insider Series" installment!
[card card-name='Citi Prestige® Card' card-id='221410589' type='javascript' bullet-id='1']