Insider Series: What It’s Really Like to Be a TSA Officer 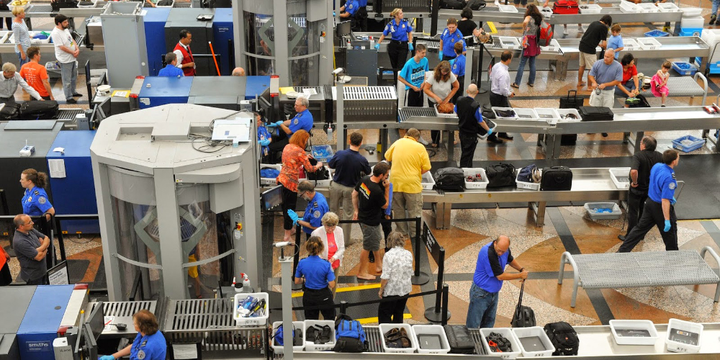 Insider Series: What It’s Really Like to Be a TSA Officer
This post contains references to products from one or more of our advertisers. We may receive compensation when you click on links to those products. Terms apply to the offers listed on this page. For an explanation of our Advertising Policy, visit this page.

New to our Insider Series is TPG Contributor "Patrick Down," presently employed as a TSA officer at a US airport, who'll be giving us a peek behind the security line to see what it's really like to do the often thankless job of screening passengers and their baggage before a flight.

Three years ago, as a recent college graduate who was having trouble securing a job that paid above minimum wage, I happily accepted TSA's offer of a part-time, $15-an-hour position with government benefits. At the time, I was sure it was only temporary.

Looks like I was wrong. Since then, I've worked at airports ranging from small regional spokes to large international hubs, been around for the roll-out of full-body scanners and TSA Precheck, and am currently witnessing the agency’s transition to risk-based screening.

When I tell people what I do for a living, I generally get one of three questions about airport screening:

Why do the lines take so long?
Why are the officers so grouchy?
What tricks can get me through faster?

While I can usually give a quick answer for each (the line wasn’t actually that long, you’re just whiny; the officer has been up since 2am, so cut him or her some slack; and you should sign up for Precheck), the truth can be more complicated. So, let me walk you through my typical day at work.

Almost all airports have two shifts for their employees: AM and PM. The AM shift starts approximately two hours before the first flight of the day, usually around 3am. The PM shift takes over around noon. If I’m working the AM shift, I need to wake up by 1:45am so that I can be at the airport's off-site parking lot in time to catch the bus to the airport itself so that I can clock in and begin work promptly at 3am.

Once at work, my supervisor tells me that I'll be working the Precheck lane. When Precheck was first introduced, this was the best place to work in the airport. There were fewer passengers coming through, and the ones who did were almost always seasoned business travelers who knew to leave their shoes on and laptops in. I didn’t have to do much, and there was enough downtime between passengers to chat with my fellow officers.

Unfortunately, not enough people were signing up for Precheck/Global Entry/Nexus/Sentri, so the higher-ups in Washington decided to add other low-risk groups into the Precheck program. And, unfortunately, the two lowest-risk groups include the slowest and most difficult people to deal with: children and the elderly. To quote Up in the Air, “Never get behind people traveling with infants … Old people are worse. Their bodies are littered with hidden metal and they never seem to appreciate how little time they have left.” (Truer words were never spoken, Mr. Clooney.)

Flash forward to the present, and Precheck passengers who've paid for this privilege are forced to wait until those frazzled parents break down their strollers and calm their screaming children, and until that elderly man finally remembers that he has a titanium hip ... on his sixth attempt to pass through the metal detector. This scenario sucks for everyone involved.

I've tried everything to prepare new Precheck passengers and let me tell you: Absolutely nothing works. I once walked through the line we have set aside for non-Precheck passengers and explained the new rules to every single individual. I looked them dead in the eyes and told them not to take off their shoes and to leave their laptops in the bag. They looked right back at me and nodded. Then I stood back and watched 90% of them proceed to take their shoes off and remove their laptops.

Flash forward to noon: I've been up since 2am dealing with passengers, am going hoarse from trying to be heard over the PA system and am starving because I had to skip my 30-minute lunch due to the fact that we're shorthanded today. A passenger walks up to me and asks what I meant when I said they could leave everything in their bag. (Seriously? What did they think I meant?) I can feel myself becoming snappish and rude as I bark my reply, forcefully shoving the baffled passenger's property into the X-ray, then pointing them toward the metal detector — where they're no longer my problem. I immediately feel bad, knowing that the passenger was just asking for clarification, but it’s too late and I’m tired and I still have another 300 passengers to process before I can go home.

That being said, not all my days are stressful. Just like any other job, on some days everything goes smoothly. Everyone shows up to work, and the flight load isn't exacerbated by a winter storm or spring break. On days like these, I can have a great time at work. I can engage with passengers, give them advice on the airport's best places to eat and nicest restrooms and help them out if they’re having issues. I just wish days like this happened more often.

So the next time a TSA officer barks at you to stand behind the line, know that it’s because they're exhausted and stressed and may well have been at work since 2am. If you feel rushed through, it's probably because the checkpoint was short-handed and the officers were too stressed to give you the better service that you deserved. Finally, when you're stuck at the back of a crazy-long line that doesn't appear to be moving, know that we're stuck at the front of it and will be until the whole line is gone — and that no one wants to get you through screening more than we do.
[card card-name='Citi Prestige® Card' card-id='221410589' type='javascript' bullet-id='1']