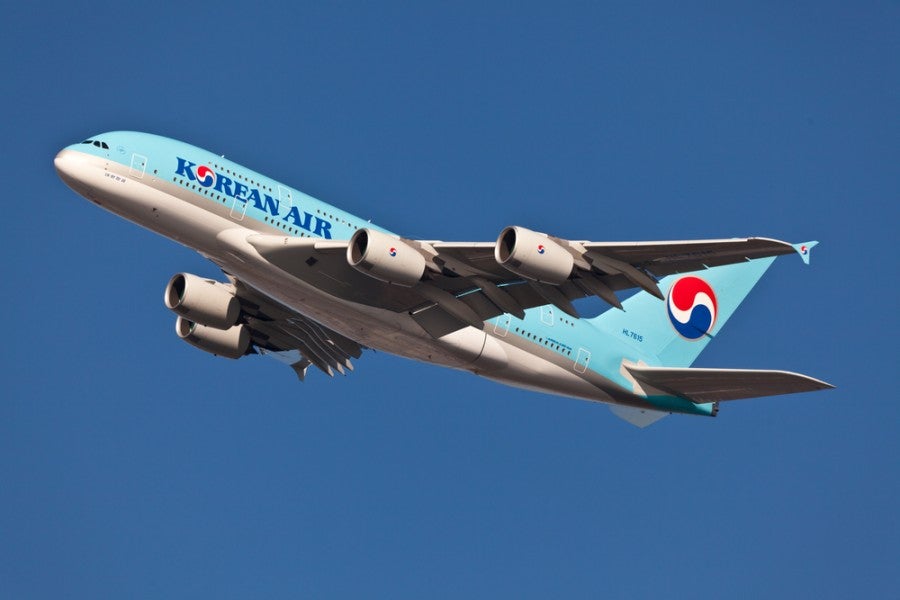 Korean Air Flight Delayed Due To Macadamia Nuts
This post contains references to products from one or more of our advertisers. We may receive compensation when you click on links to those products. Terms apply to the offers listed on this page. For an explanation of our Advertising Policy, visit this page.

Last Friday at New York's JFK Airport, Korean Air's vice president of in-flight services, Heather Cho, delayed a Korean Air flight in order to boot off the supervisor of a steward who improperly served Cho's pre-flight macadamia nuts. This action, which caused the Seoul-bound Airbus 380's 250 passengers to arrive at Incheon Airport (ICN) 11 minutes late, has proved so unpopular in South Korea that today, Cho resigned from the airline.

During the delay incident, which Yahoo! Travel pithily referred to as a "nutroversy," the Korean Air plane was already taxiing down the runway when Cho, while seated in first class, was given a serving of nuts without first being asked, and in their original package instead of a bowl. Cho, whose professional duties included supervision of just such details, reportedly became upset and angrily blamed the cabin crew chief for this infraction, demanding that he find the correct procedure for pre-flight nut service in the company service manual.

When the chief couldn't find the right manual on board, Cho became convinced that he wasn't qualified for the job and demanded that the plane return to the gate so the crew chief could disembark. As a result, the flight left JFK 20 minutes behind schedule.

In addition to her recent role at Korean Air, Cho is also the daughter of the airline's CEO, Cho Hang- yo, who owns about 10 percent of the Korean Air Lines travel empire. The younger Cho's angry episode aboard the JFK-ICN flight was immediately met with public scorn in South Korea, where it was seen as an example of imperious behavior from the member of a chaebol, one of the wealthy, family-run conglomerates that dominate the country's economy.

Korean Air has since released a statement that though Cho was correct to call the chief to task for this lapse in proper service and her decision was supported by the plane's pilot, the airline felt her delivery of the message was excessive. Cho's own public apology was extended to both the affected Korean Air customers and the Korean people as a whole, asking for forgiveness for causing a social uproar and taking responsibility for the incident.

Korean Air regulators are currently investigating whether any air safety rules were broken. From now on, I imagine that the Chos will take a more measured approach when making complaints about the family business.
[card card-name='Gold Delta SkyMiles® Credit Card from American Express' card-id='22034414' type='javascript' bullet-id='1']

Sign up for our daily newsletter
Featured image by A Korean Air executive delayed one of the carrier's A380s at JFK over improper pre-flight nut service - and has since resigned.