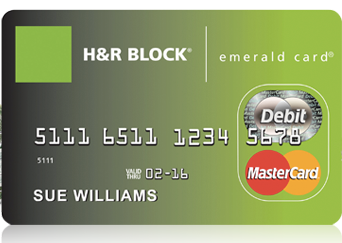 What To Do If AccountNow Closes Your Account - And An Alternative From H&R Block
This post contains references to products from one or more of our advertisers. We may receive compensation when you click on links to those products. Terms apply to the offers listed on this page. For an explanation of our Advertising Policy, visit this page.

TPG contributor Jason Steele takes us through the pitfalls and perils of what happens when your prepaid card account is shut down and what you can do to get back in the points game.

Last month, I took you through the process of purchasing Green Dot Money Paks to meet credit card minimum spending requirements and earn additional points and miles in the following series:

At that time, I was using my AccountNow Silver card, which was one of the best Green Dot-compatible reloadable prepaid cards out there.

But if you have been using this card just to deposit Green Dot Money Paks and pay bills, you probably saw your account shut down last week, even if you occasionally used your card for purchases.

AccountNow closed the accounts of users in bulk somewhere around June 13, and according to posts on this FlyerTalk thread, this happened to anyone who had used Green Dot Money Paks, including some who reported that they only redeemed MoneyPaks once and others who had also used their card to make normal purchases. There has been no explanation of why AccountNow took this action. (Note that Green Dot Money Paks are an entirely separate product than the Green Dot Prepaid Card, which also has had similar issues as AccountNow prepaid cards.)

Canceled with no warning! If that wasn’t bad form in and of itself, AccountNow has been charging people $1 when they call to ask about the shutdown! People were asked to submit register receipts from their previously purchased Money Paks in order to have their account access restored. No one reports actually having to do so, and most were offered or requested a check for their remaining balance instead. Customers reported being told to wait 7-10 days to receive a check. Significantly, AccountNow cards are offered by The Bancorp or Metabank, which are FDIC insured, there is no question that cardholders will have their remaining balance returned – the question is how long it will take them and how many hoops they’ll have to jump through. Luckily I had a zero balance, so I have no need to deal with them again.

So while it may be possible to unfreeze an account, clearly AccountNow has chosen to treat certain customers so poorly that it would be unwise for them to return. I don’t think that Account Now was actually losing money on customers like me who redeemed Money Paks just to pay bills, but they certainly weren’t making income from merchant swipe fees or any other fees. On the other hand, it is possible that companies like AccountNow pay a small fee for bill payment services or even for accepting Money Paks. In either event, this company has clearly decided to take its ball and go home rather than let us play the Green Dot Money Pak game with its products. Yet since there is no credit check or reporting for prepaid cards, customers have not lost anything more than their inconvenience.

My criteria for a perfect prepaid card to accept Green Dot Money Paks is that it has no monthly fees, include a bill pay feature, and offers reasonable daily, weekly, or monthly load limits. While there are nearly 200 prepaid cards offered that are compatible with Green Dot Money Paks, most do not meet that standard. One is the Rushcard, which I have used with good results. Another is the H&R Block Emerald Card, and it is a unique product that I only recently acquired.

Like all prepaid cards, the Emerald Card is marketed towards the underbanked, not necessarily us reward travel enthusiasts. But this card is offered by H&R Block, which helped to distribute over $9.5 billion dollars in tax refunds last year to 3 million cardholders. So unlike AccountNow, we are unlikely to stand out among their immense customer base, the majority of which receive tax preparation services from H&R Block. Needles to say, those who file taxes and receive a refund are much more likely to be financially solvent than your typical prepaid card user.

Getting an Emerald Card

Another interesting thing about this card is that you can’t order it online. At this time, you have to actually show up at one of their retail locations (I am told by H&R Block corporate that they are working on enabling online enrollment). With 11,000 locations, it wasn’t hard to find several near me. So I simply walked in to one of their offices and asked for an Emerald card, and they were happy to take my name, address, and Social Security number, look at my driver’s license, and give me a card right there. The card was made out to “H&R Block Client,” but was otherwise fully functional. I was told to expect my personalized card in the mail shortly. Nevertheless, the person I spoke to seemed a little confused that I wanted a prepaid card with no money on it, but was quick to point out that I could load it through the Green Dot network. So you don’t even have to be an H&R Block customer.

With card in hand, I went to their site to create an online account and link my temporary card to it.

From there, paying a bill was easy.

Just like Bluebird and AccountNow, it is set up to pay bills to all of the major credit card issuers:

The only problem I had with this card is that when I went to pay a bill, I was shown this screen:

If you didn’t catch it, there is a $.95 fee for each bill payment, something that they do not disclose in their cardholder agreement. This is not an outrageous fee, or a deal killer, but it was a surprise. Clearly, I will try to consolidate my bill payment to minimize this expense. Ultimately, I may have to consider some products with small monthly fees in order to avoid paying this fee for every bill pay. For example, the 24/7 Card used to be offered in a version with no monthly fee, but now their least expensive option has a $6.95 monthly fee. For that, you get free bill pay with a daily load limit of $1,500 and a monthly limit of $7,000.

So how does it compare to AccountNow?

The H&R Block Emerald Card has a daily load limit of $999.99, compared to AccountNow’s $1,500, so that is a little less. Thankfully, there are no weekly or monthly load limits so Emerald card users can add as much as $30,000 a month. These load limits apply to all types of loads including cash, Money Paks, and direct deposit. One problem is that you will need to remember to load at least one Money Pak with only $499.99 if you plan to load two of these a day, and the other is the onerous $0.95 bill pay fee. But with a reputable name like H&R Block behind the Emerald card, hopefully we won’t have to put up with the same shenanigans that affected AccountNow users.

So if you have had your Account Now card closed, it is time to request a check for the remaining balance and move on to a different product. Thankfully, there are still dozens and dozens of prepaid products (compatible with Green Dot Money Pak) out there waiting to be discovered.
[card card-name='Ink Plus® Business Credit Card' card-id='22129636' type='javascript' bullet-id='1']