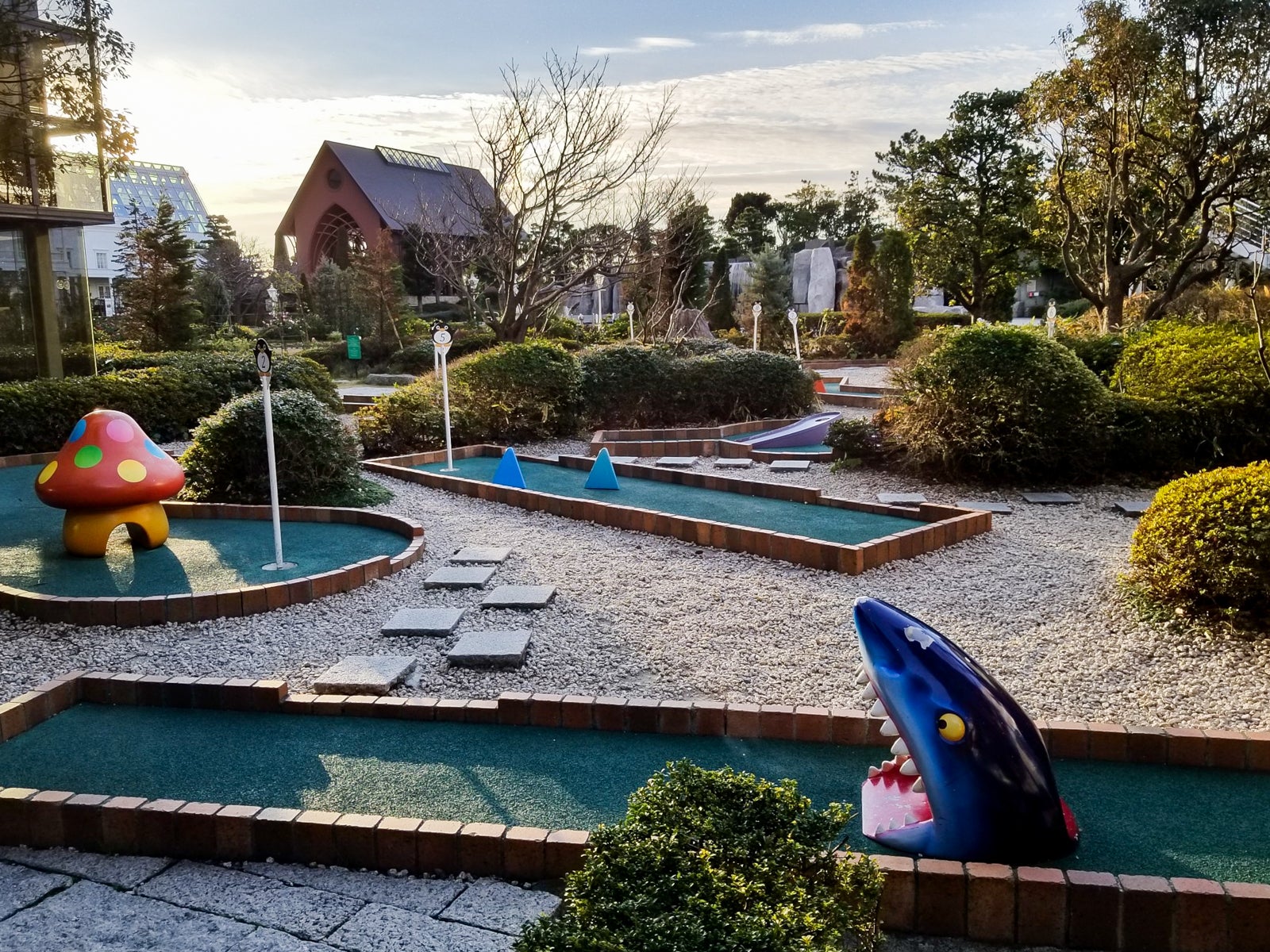 It's on the other side of the world, but it's an out-of-this-world Disney experience. The Tokyo Disney Resort is composed of two terrific theme parks, three Disney-owned deluxe hotels, and six official hotels, all connected by a monorail loop and to a rail link to the rest of Tokyo. I tried to get into one of the deluxe hotels, but even booking two months in advance while willing to pay Disney World Grand Floridian hotel prices, discovered they were sold all out. So I figured I might as well stay at the next nearest place for free on points.

The Sheraton Grande Tokyo Bay is one of the park's official hotels built right on Tokyo Bay and close to Tokyo Disneyland. The other points hotel is the Hilton Tokyo Bay, next door to this one.

This 1,000-room Sheraton, a Category 6 hotel, was easily bookable on Marriott's website for 50,000 points per night. The paid rates were upward of $500 a night, as this was high season. During low season, a room can be had for a little over $100 a night, which is obviously a much better deal with cash. As a Gold member, I got free Wi-Fi and little else.

The Tokyo Disney Resort was constructed on a massive landfill area on the eastern end of Tokyo Bay, a little less than an hour's ride from downtown Tokyo. It's easily accessible by taxi, car or subway. The Disney monorail station is just across the street, and the hotel is the closest to the station of all the non-Disney hotels.

The Sheraton Grande Tokyo Bay Hotel is directly adjacent to both the theme parks and Tokyo Bay, so the choice of view from the hotel was either the bay or the theme parks, albeit the back of them.

We took a taxi from the Park Hyatt in downtown Tokyo, which cost a little under $100. Normally, we might have opted for the considerably less expensive train, but we were lugging a fair amount of luggage and would've had to transfer between two trains and then the monorail. In moderate traffic, it took about 45 minutes to reach the resort, and it's about the same ride from the resort to Narita (NRT) or Haneda (HND) airports.

As we arrived in the morning, our white-gloved taxi driver (who looked more like a chauffeur) cheerfully handed us and our luggage off to a bellman, who stored our luggage for the day. The large but standard-looking Sheraton lobby had a long reception counter, and just as long a line to check in. The much smaller SPG (throwback!) counter had only one person waiting for it, though. The bilingual hostess checked us in swiftly, explained the layout and features of the hotel, including the 3pm check-in policy. We planned on heading right to Tokyo Disneyland for the day, so we didn't need the room immediately. One really cool thing was that she assigned the room and gave us programmed keys right then and there, although they wouldn't open the room for several more hours. This saved the usual second trip to the desk later on.

To the right of the main reception desk was a kids area with child-size furniture and a screen playing Disney cartoons — guests who aren't Marriott members can wait as long as an hour to check in, I've been told. Nearby was a desk for purchasing park tickets and getting resort information.

Supposedly, I had received an upgrade to a deluxe double room, but it appeared like an ordinary Sheraton room with odd and dated décor. The design was supposed to evoke an ocean liner, and the smaller size of the room certainly felt like a cabin on a ship. The horizontally wood-paneled room featured two double beds, a desk, chair and small closet. The only amenity was a coffeemaker and bottled water.

The view from the Juliet balcony was of the backside of Disneyland, with the monorail and a parking lot between me and the castle. I could also see the second theme park, Tokyo DisneySea, to the far right.

A sliding door with a porthole window led to the bathroom, which was covered in three different tiles. The only useful fixture was a Japanese toilet complete with heated seat. The shower tub had shampoo, conditioner and bath gel loaded into dispensers mounted to the shower wall — very Motel 6 for a $500-a-night hotel. Fortunately, I'd boosted better stuff from the previous hotel.

It really was kind of a design train wreck. If I sound spoiled coming from a premium suite at the Park Hyatt Tokyo, I was.

If I'd gotten a room on the other side of the hotel, the view would have been of Tokyo Bay.

There were five different restaurants in the hotel, none of them reasonably priced. We were only staying two nights, but apparently what a lot of people do is go to the Ikspiari market by the train station for prepared takeout food and bring it back to the hotel to eat.

The main restaurant was the Grand Café, basically a massive buffet for breakfast and dinner. International and Asian specialties were the focus, but it had everything you could imagine. The food was quite good but expensive. The breakfast buffet was about $32 for adults, $24 for kids; lunch was $40 for adults, $21 for kids; dinner $56 for adults, $33 for kids.

Club rooms had access to a lounge with a complimentary continental breakfast, which included excellent pastries.

There was a nifty-looking swimming pool complete with a waterfall and a grotto bar. When we were there, it was way too cold to experience, but it was pretty resort-hotel standard. There was also a miniature golf course nearby, as well as a smaller indoor pool.

There was a fairly large kids area on the second floor with an arcade and a ball pit. This was a big hit with many families I spoke with, as it wiped the kids out at the end of the day, as if all day at a Disney park wasn't enough to accomplish that.

Apart from the Disney ticket desk, one shop and some light signage, there's very little to suggest this is a Disney property hotel. I suppose it's fine for a traveling family not expecting much in the way of magic or luxury. And there's a lot to be said for free on points.