Your ticket to paradise: What it's like to fly on a Seaborne Airlines Saab 340B turboprop 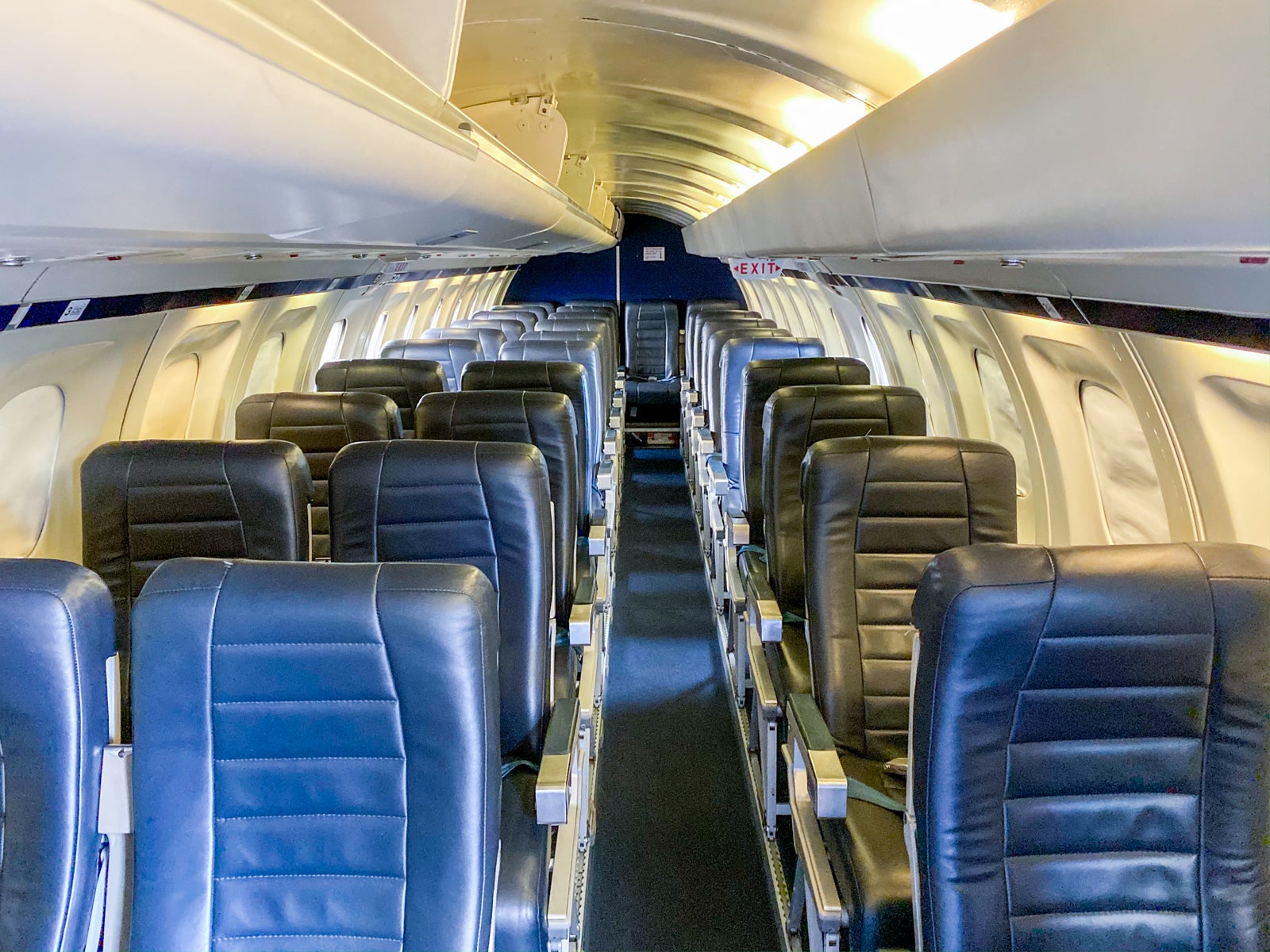 Your ticket to paradise: What it's like to fly on a Seaborne Airlines Saab 340B turboprop
This post contains references to products from one or more of our advertisers. We may receive compensation when you click on links to those products. Terms apply to the offers listed on this page. For an explanation of our Advertising Policy, visit this page.

To me, there’s something exciting about the unknown, and that’s exactly why I love traveling on new airlines.

There’s not much information out there about Seaborne Airlines, so my flight from San Juan to Antigua was indeed a trip into the unknown.

Seaborne is a small Puerto Rico-based airline that’s fully owned by Silver Airways. Seaborne operates a number of routes around the Caribbean using its small fleet of Swedish-made Saab 340B turboprop aircraft.

Since the airline now has partnerships with the big three U.S. airlines (United Airlines, American Airlines and Delta Air Lines), you may find yourself booked on one of its flights to get from San Juan to your final Caribbean destination. In my case, I was already in San Juan and specifically chose to fly to Antigua to catch a really special flight -- more on that in a post coming soon.

When I got to San Juan Airport (SJU), I made my way to the airline’s single check-in counter, located in the Departures Area Number 1. Since the check-in counter wasn’t clearly marked and shared branding with Silver Airways, it took me a while to find it. (Pro tip: it’s between Cape Air and United.)

There were two agents staffing the counter, and for an airline that only operates small turboprops, there was quite a line to check in. Unfortunately, there was no way to bypass the check-in process — the airline’s online check-in was temporarily unavailable.

I got to the desk just as check-in was closing, 45 minutes before my flight’s departure. The agent asked to weigh my carry-on bag and I just barely escaped needing to check it. Seaborne allows standard-sized carry-on bags of up to 30 pounds each.

Seaborne participates in TSA/PreCheck and I was thrilled to see it printed on my boarding pass. With 10 minutes to go before scheduled boarding, I needed to save every minute possible.

After clearing security, I made my way to Seaborne’s only gate: B2a. Once again, the gate area was somewhat confusing, decked out in both Silver Airways and Seaborne Airlines signage.

The gate area was also a mess because Seaborne operates a bank of departures all around the same time. There were passengers headed to various destinations all crowding the one gate area.

Furthermore, the line to speak with a gate agent was long, as all connecting passengers waited to get their passports verified and boarding passes issued on Seaborne stock.

It didn’t take long for the first batch of flights to board. The gate agent first called boarding for St. Croix and then Tortola. As each flight boarded, passengers waited in a holding area, before being led down a flight of stairs to the tarmac.

After those two flights boarded, I figured that it was time for my flight. It was already 11:10 a.m., just 10 minutes before scheduled departure. Since there weren’t any flight-status monitors, I asked the gate agent what was going on. She explained that the crew had just landed from Antigua and would need to clear immigration and customs before operating the return flight.

We ended up boarding right at our scheduled departure time. After exiting the staircase, we were escorted to a waiting minibus. The bus took us to the Seaborne apron area, located to the west of the JetBlue departure gates.

Unsurprisingly, we had to wait for the bus to fill up before heading to the plane. Unlike some other rides I’ve taken to remote stands, this one was quite cheery. Everyone aboard was visibly excited to be headed on vacation — and seemed to already be on their second or third daiquiri of the day.

It didn’t take us long to arrive at the waiting 26-year-old Saab 340B with registration N341CJ. We were escorted onto the plane, while our full-sized carry-ons were taken to the rear cargo hold.

Seating on the turboprop was arranged in a 1-2 configuration, except for the last row, which had four seats. The overhead bins were tiny and barely accommodated my (stuffed) backpack.

In the hope of getting some extra legroom, I paid $4 extra to get preassigned a single exit-row seat. Sadly, the exit row had about the same amount of legroom as the other seats on the plane. If you’re Brian Kelly-sized, choose the bulkhead for the limitless legroom.

Fortunately, the leather seats were quite comfortable. I found the generous 19.5 inches of width and the two-inch recline plenty for the hour-long island hop.

The plane definitely showed its age. There were scratches and marks all over the windows and fuselage and my tray table wouldn’t extend completely. At least the tray table was big enough for my laptop.

There wasn't much in the way of amenities — unless you consider an unbranded safety card to be captivating reading.

The plane did have one bathroom right behind the cockpit. Warning: It was incredibly cramped and didn’t have running water.

I spent most of the flight gazing out the windows at the passing clouds and islands.

You may want to wear shorts on your Seaborne flight as it got very hot on the plane before we hit cruising altitude. The passenger-service unit had an air nozzle but it wasn’t enough to cool me.

There was one flight attendant for the 34 passengers. She was friendly and apologized that because of the short flight time, she’d have to provide an express service.

The entire service took five minutes and consisted of passing out half-liter bottles of water. Unless a full service meant serving a full meal, there was definitely time for a more comprehensive drink and snack service.

Overall, flying with Seaborne Airlines was quite pleasant. I don’t expect much from a turboprop on a short flight and Seaborne delivered on all the basics. The seat was comfortable and the flight was smooth. Sure, it would’ve been nice to have a full snack service, but I survived. After all, it wouldn’t be that much longer until I was on the beach with another daiquiri.

Related stories
When does airline elite status expire?
Act fast: Get a $15 Lyft credit with your Walmart+ subscription
Increased offers available on Barclays cobranded business cards
This top cruise line is now throwing in free tours worth thousands of dollars if you book
Featured image by (Photo by Zach Griff/The Points Guy)