Articles
Scott Mayerowitz is the executive editor of TPG and oversees all of TPG's editorial coverage. He previously was a reporter, then editor, at The Associated Press and reported for ABC News.
Follow
July 19, 2022
•
8 min read 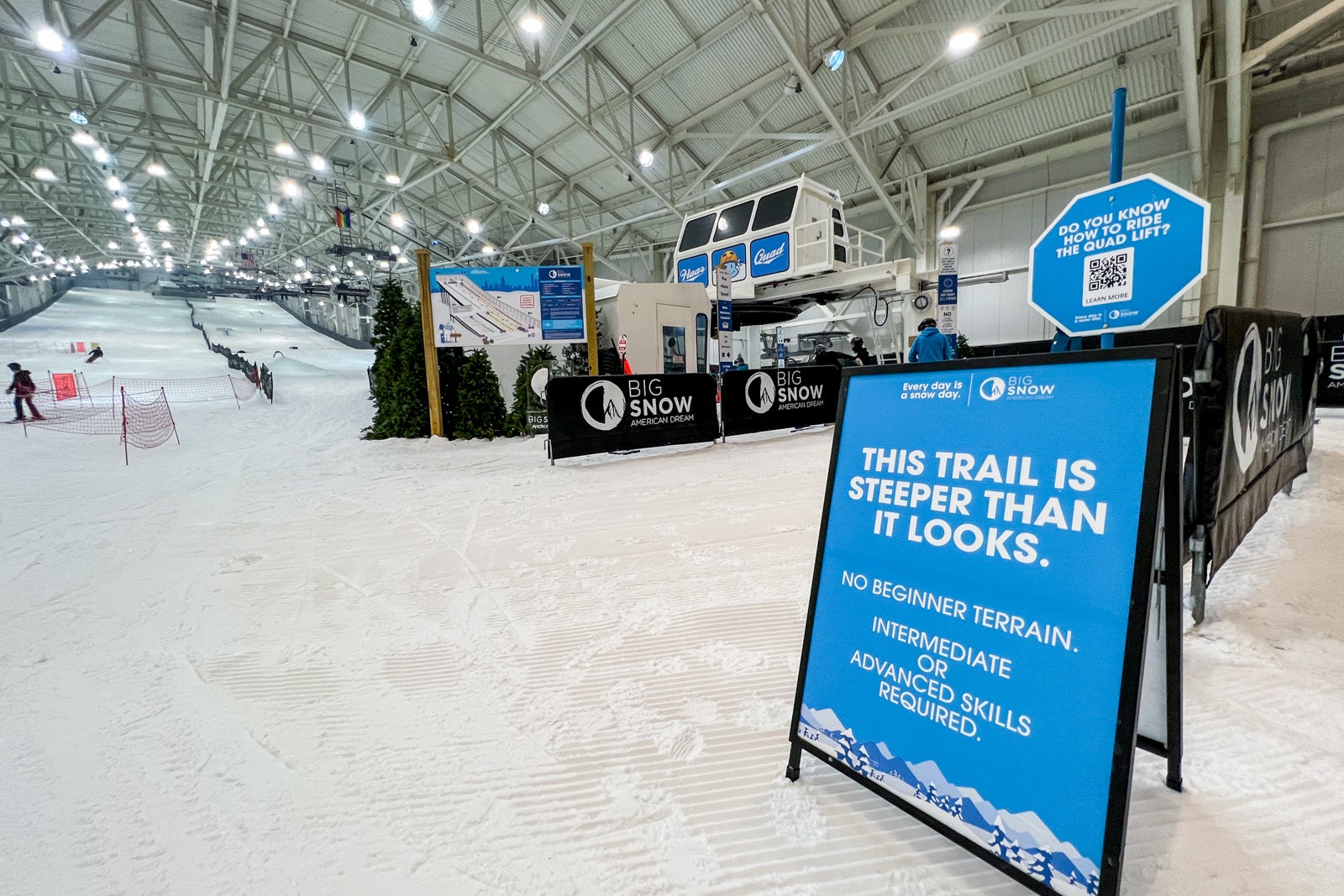 Editor’s note: This post has been updated with the latest information.

It was 92 degrees out as I left my home in shorts and a T-shirt with my skis over my shoulder. Oh, the looks from my neighbors. New Yorkers were struggling with extreme heat, and here I was lugging skis, poles and boots around. Less than 30 minutes later, I arrived at the slope — yes, a single slope.

Throughout my years of travel, I’ve seen and done some pretty amazing things. I’ve hiked the Grand Canyon, gone mountain biking in Patagonia and had the most amazing snow crab in a remote fishing village in South Korea.

Then one day in 2012, I had a few spare hours in Dubai and decided to escape the heat by skiing inside a giant shopping mall. I managed my way through the crowd of novice skiers — many of whom had never seen snow before, let alone snow that was human-made — to the slope. It was a short trail, with a slow chairlift and way too many people to let loose, but it was still tons of fun.

So when I heard that a long-delayed indoor ski slope within sight of New York City was open for business, I grabbed my skis and headed across the Hudson River.

@thepointsguyDid you know you can go skiing at the height of summer?! #skiing #snowboard #newjersey #newyork♬ April (No Vocals) – The Young Ebenezers

For decades, developers dreamed of a megamall in the Meadowlands Sports Complex near what was then Giants Stadium. The project had many names — Meadowlands Mills, then Xanadu — before finally opening as American Dream in October 2019. The ski slope, known as Big Snow, opened in December of that year.

Then came the COVID-19 pandemic. Later, there was an electrical fire that damaged the ski facility.

Now, all of that is hopefully in the past. With a grand reopening on May 27, skiers can once again enjoy year-round winter fun in New Jersey. I knew I just had to check it out.

Preparing to ski in a mall is pretty easy. If you have your own ski gear (think: clothing, gloves, a helmet and skis), all you need to do is buy a two-hour lift ticket online in advance — tickets are not sold on site — for $39.99 or $49.99. The exact price will depend on whether you arrive on a weekday or weekend. There are 15-minute time slots, but the clock doesn’t actually start ticking until you change into your ski clothes and are scanned onto the slope.

Trust me, two hours is plenty of time.

Once you find parking — signs were lacking, but for Big Snow, you’ll need to park on Level 1 of Deck A, which costs $5 — and your ticket’s QR code is scanned, you’ll receive a radio-frequency identification wristband that acts as your lift ticket. You’ll then get access to a locker room, where you can store any items you bring with you. You can access it however many times you want during your visit.

If you don’t have skis or cold-weather clothing, don’t worry: Big Snow sells a rental package for $89.99 that includes a jacket, pants, a helmet and skis. Gloves are $10 extra, so bring your own. (Chase coded the purchase as “education.” I’m still scratching my head at that one.)

If you have clothing but not skis, know that there isn’t a skis-only rental package. You have to pay for the clothing rental, even if you don’t use the provided attire.

What it’s like to ski indoors in New Jersey

First off, this is lots of fun just for the novelty. Stepping inside a giant 28-degree room on a sweltering day was refreshing, like walking into the freezer section of the supermarket.

But after that initial feeling wears off, you’re left with surprisingly great skiing on a wide-open slope.

TPG’s video director Ayana Morali and I showed up around 1 p.m. on a Friday and shared the slope with about two dozen other people. There was almost no wait for the slow four-person “quad” chairlift, and we could ski anywhere on the small slope without dodging other skiers.

Besides the chairlift, the resort — can I even call it that? — has a rope tow next to its freestyle terrain park and an area for beginners with two “magic carpet” conveyor belt-type lifts.

As somebody who has been skiing for three-plus decades and can handle most black-diamond runs in the Rockies, this was not a challenging spot. I knew that coming in. Still, it only took me 24 seconds, at my fastest, to race down the slope. Compare that to the half-dozen minutes it took to ride the lift back up.

That said, it was 92 degrees outside. I wasn’t exactly going to ski anywhere else nearby, so having any option (even one meant for beginners) was better than having no option at all.

Despite its small size, it did feel like a miniature resort of sorts. The facility’s Yard House restaurant and coffee shop both have big windows looking out on the ski slope, making it feel like a tiny version of a base village. There are even a few chairs to lounge in, should you decide to buy a cup of hot chocolate and take in the setting for a bit (which is often my 7-year-old daughter’s favorite part of skiing).

Big Snow isn’t going to compete with the top ski resorts around Lake Tahoe and in Aspen and Vail, Colorado — or even your local ski hill — and that’s OK. If you go into Big Snow with the right expectations, you will have a great time, whether you’re a beginner or someone who just wants to get in a few turns during the offseason.

Its proximity to New York City makes it really convenient for anyone eager to ski. Not to mention, the setup couldn’t be easier. My only fear is showing up when it is too crowded, but for now, that doesn’t seem likely to happen. Visiting early on a sweltering Friday afternoon was pure bliss.

1 of 9
(Photo by Scott Mayerowitz/The Points Guy)
0
1
2
3
4
5
6
7
8
Featured image by (Photo by Scott Mayerowitz/The Points Guy)
Editorial disclaimer: Opinions expressed here are the author’s alone, not those of any bank, credit card issuer, airline or hotel chain, and have not been reviewed, approved or otherwise endorsed by any of these entities.