Bleak House: A Review of the Le Meridien Koh Samui 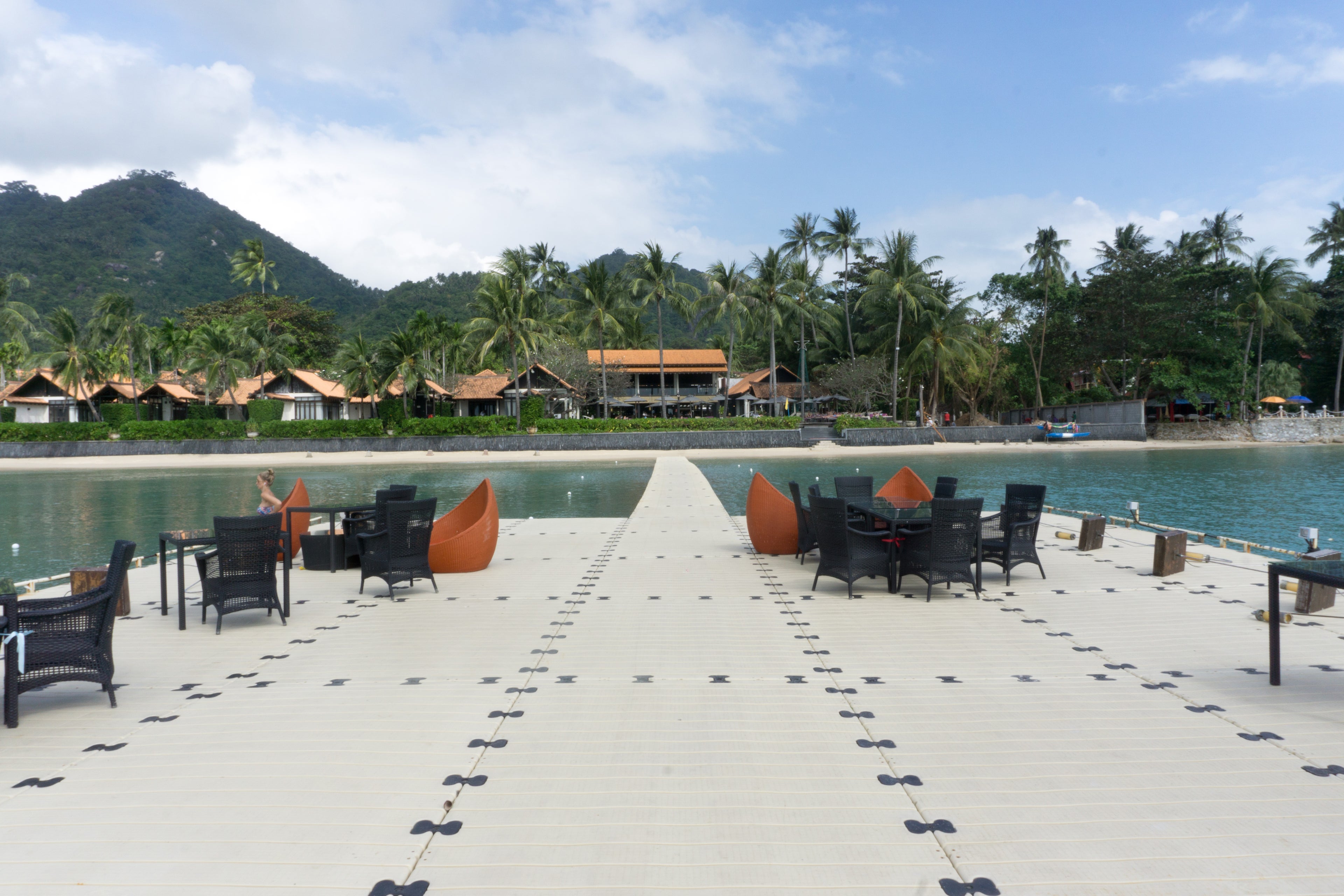 If you are heading to any of the islands on the Samui Archipelago, your best bet is to fly into Koh Samui and then take a ferry to Koh Phangan or Koh Tao (neither of which have airports). Depending on where you are headed, the journey might also involve a water taxi. I was heading to a remote area of Koh Phangan, and in the past have done it in a day from Bangkok. But this time I decided to take things a bit slower and spend a night in Samui on the way, even though it's definitely my least favorite Thai island.

I was looking for a SPG property on Samui, since I was only few nights away from re-qualifying for SPG Platinum status, and decided to stay at the Le Meridien. Based on what I had researched, it seemed to steer clear of large tour groups like the Sheraton but was also more affordable than the W Koh Samui.

Over the holidays, much of the inventory was blacked out for stays of under four nights, but about two weeks out, I was able to book a room for 16,000 SPG points. The room was selling for around $280, which meant I was getting less than 2 cents of value per point, well below TPG's valuations, It was a tradeoff I was willing to make to ensure I earned Platinum status for the next year. I was initially booked into a Verandah Suite, but I used a Suite Night Award and secured an upgrade to a Plunge Pool Suite.

The Le Meridien Koh Samui was conveniently located on Lamai Beach at the edge of town. It was about a 10-minute scooter ride to the center of Lamai, just removed enough to feel secluded. The town was quite touristy, equipped with a McDonalds, gift shops and a wide array of bars. On Sunday evenings, Lamai played host to a massive night market, which was really fun to walk through with a cold Chang beer and a belly full of street food.

As we pulled up to the hotel, a parking attendant directed us to head down another driveway toward the hotel. We walked up one set of stairs, through a walkway surrounded by stone walls flowing with water, and up to another staircase.

An employee at the top of the stairs welcomed us and watched us walk up the stairs, without helping with our bags. He brought us chilled towels and sweet tamarind juice. Though we arrived at the hotel around 10:00am, our room was available.

The lobby was quite drab and made poor use of the space. Most of it was taken up by a large, stagnant pool of water with no particular purpose, and the open-air lobby seemed really dark for a beach resort. The Japanese aesthetic didn't seemed to fit with the surroundings, as it was neither cozy nor welcoming.

A staff member told us our SPG Platinum benefits included two free drinks at the lobby bar and free breakfast in the restaurant.

Only about 10 minutes after arriving, we were on our way to our Plunge Pool Suite. Our room was the closest to the restaurant and the pool. As you walked in, there was a sunroom with a small couch, table and minibar.

From there, the front door led into the bedroom. The bed itself was too soft — to the point where you sank into it — and felt very old. It was sunken in places that would never rise again. The linens on the bed also felt worn and tired.

We were excited to get the first peek at our plunge pool. It was perfect for two people, though a party of four could probably hang out comfortably.

On the left side of the pool was a small walkway that connected to the outdoor bathroom. The Malin + Goetz toiletries, found at most Le Meridien properties, were a highlight, and we grabbed extras for the road.

The best part of the room though was the rainfall shower, which was spacious and had a generous shower head.

Overall, the room was laid out awkwardly and didn't receive much natural light. The bed was also pretty uncomfortable, but it was awesome having that plunge pool.

As SPG Platinum guests, we were entitled to free breakfast by the pool along with two free drinks at the lobby bar anytime throughout the day. Breakfast was a nice way to ease into the day, but it didn't hold a candle to some of the epic breakfast buffets of Asia. It had an egg station, a juice bar where you had to make your own juice (hazardous given the number of children around and lack of instructions for the electric juicer), a few international options, fruits, cheese, yogurt and baked goods.

The quality of the food was mediocre at best, and some of it felt like it had been left out at the buffet stations for way too long.

The staff was efficient, though somewhat cold. When another guest wanted to take food back to his room for his wife who was sleeping, the staff told him he had to order room service.

The best part about breakfast was definitely the view, overlooking the pool and ocean.

We did use our free drink tickets at the lobby bar one night, but had run-of-the-mill cocktails. We just found the area really dark and cramped and the seats that overlooked that bleak pool of water extremely uncomfortable. We didn't even have the slightest urge to buy another one. There wasn't any sort of atmosphere, and it felt far removed from sunny Thailand.

After arriving at the hotel, I hit the gym, which was cramped and under-equipped. Though the gym was clean, the door didn't work properly, and there were only a few cardio machines and a small set of weights. With more than four guests, we were on top of each other, trying to awkwardly maneuver weights and machines.

The infinity pool, slightly elevated from the beach, was definitely the centerpiece of the hotel. It was popular during the afternoon, though it wasn't hard to find a chair during our stay.

Past the pool, you could walk down a few steps to Lamai Beach and Le Meridien's private pier, which had plenty of chairs to lounge on and occasionally a bar. The hotel also served special dinners down on the pier.

The Le Meridien Koh Samui is missing that intangible X factor that makes a guest's experience truly unforgettable. The staff was never rude but felt slightly robotic, such as the employee who stood at the top of the stairs watching us struggle up without offering to help. In addition, our room had a quirky layout and felt small, even though it was quite spacious on paper. Overall, I did enjoy my stay, though I would call this a property that is serviceable if you are a loyal SPG member in the area for a few nights, but not a property to plan your trip around.