As close to private as it gets: Flying JSX's new route to LAX

Articles
Benji Stawski is a former reporter for the site, covering all things points, miles, credit cards, travel and aviation.
May 03, 2021
•
8 min read 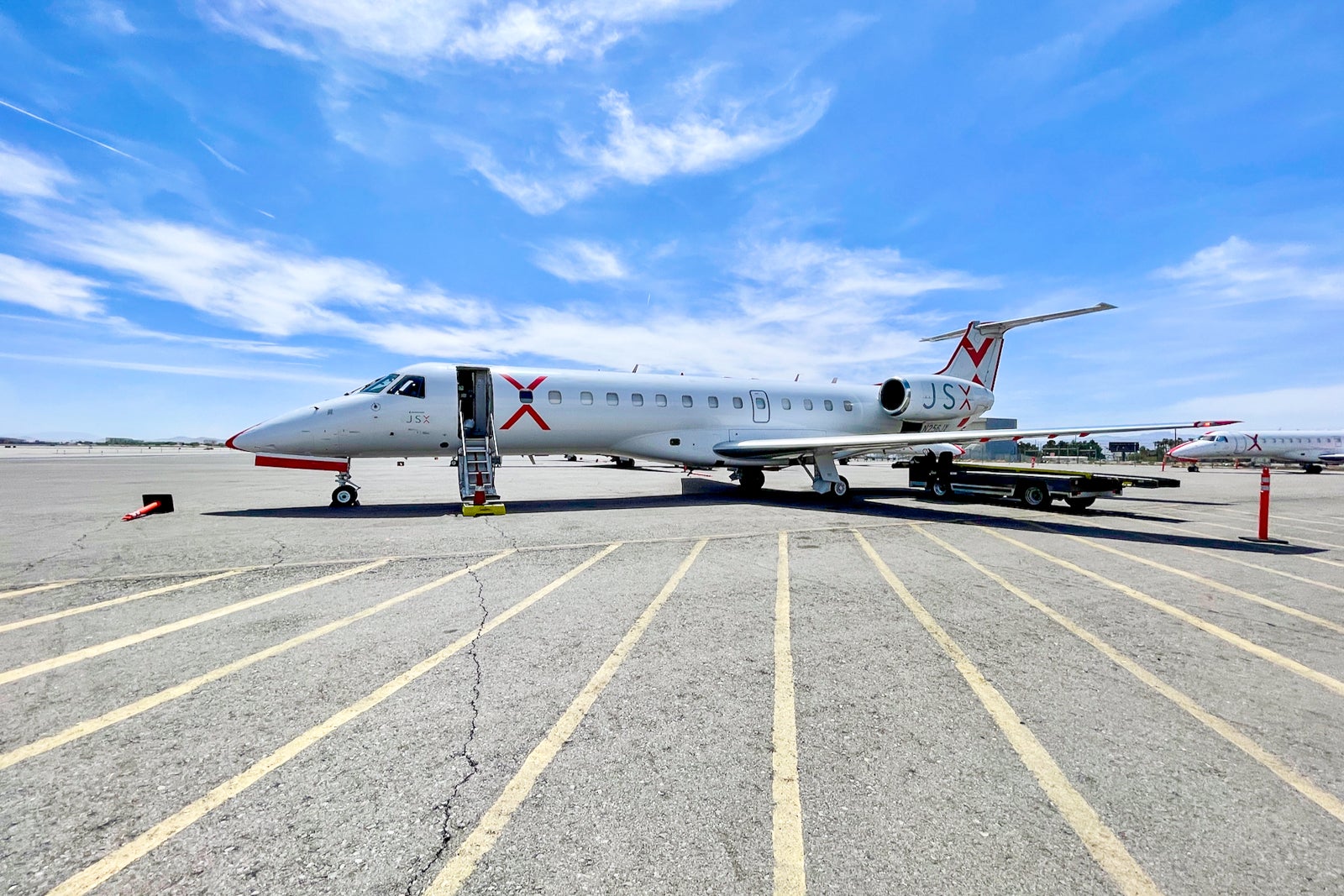 Editor’s note: JSX provided behind-the-scenes access and a complimentary flight to TPG. The opinions expressed below are entirely from the author and weren’t subject to review by JSX/any external entity.

Despite the pandemic, semi-private jet company JSX has been expanding rapidly over the last few months. It's proven to be an alternative for travelers seeking a less crowded means of air travel -- without breaking the bank.

JSX operates as a hybrid between a commercial airline and a private jet charter service. It offers flights on 30-seat regional jets out of private jet terminals, allowing you to arrive at the airport shortly before your flight.

Fares start at $89, making this once far-fetched method of flying accessible to the everyday traveler. Although not much, you can earn anywhere from 150 to 250 JetBlue TrueBlue points for your flights, thanks to a frequent-flyer partnership between the two companies.

Like most airlines, JSX's recent route additions have centered around leisure markets. Its latest routes are to cities like San Diego, Destin, Florida, and — for a limited time — even Cabo San Lucas in Mexico. But the addition I was most excited for was Los Angeles (LAX). Although JSX has long served the nearby Burbank (BUR) and Orange County (SNA) airports, this is the first time the company is offering regular service out of L.A.'s main airport. Traffic at LAX is often dreadful and the only way for regular travelers to avoid it is usually with PS, which can be costly.

Here's what it was like to fly JSX from Las Vegas (LAS) to LAX.

Not your average ground experience

The biggest thing that differentiates JSX from your typical airline is the ground experience. Flights operate from private terminals, so passengers bypass the usual airport traffic and potentially crowded terminals.

My journey began at JSX's private hangar at Las Vegas McCarran International Airport. It's located in the airport's general aviation area (read: where private jets depart from), about 2.5 miles away from the main terminals. While I arrived by Uber, there was curbside valet parking available for $22/day.

Perks of departing from the private jet terminal include being able to show up just 20 minutes before your flight. Instead of traditional TSA security, passengers are pre-screened and bags are swabbed for explosives. There are also noninvasive systems, which screen for weapons and elevated body temperatures. There are minimal lines, no putting stuff in bins and no taking shoes off.

Since there are no overhead bins in the cabins, you're only allowed one personal item on board, and it must be able to fit below the seat in front of you. All other bags must be checked. Standard "Hop On" fares include two checked bags (weighing up to 50 pounds each), while refundable "All In" fares include three checked bags.

Although JSX recently moved to a larger space in Las Vegas, only part of it was open during my visit due to renovations. There were three waiting areas to choose from: two traditional lounging rooms and the hangar.

Naturally, I decided to sit in the hangar. It was furnished with various seating options and offered a close-up view of parked aircraft. There was also complimentary Wi-Fi and a Starbucks coffee machine. Unfortunately, there weren't any easily accessible power outlets in the hangar, though there were plenty in the other rooms.

It's clear JSX's lounges are designed for going in and out quickly. Although you can piece together your own itinerary, JSX typically doesn't sell itineraries that involve connections. As such, unlike traditional airport lounges, people don't need to spend extended periods of time here. And since there's isn't traditional security, you can go outside for fresh air as often as you want.

Every seat is first class

JSX's fleet consists of a mix of Embraer E135 and E145 aircraft. However, these planes are unlike any you may have flown on one of the bigger airlines.

It doesn't make much of a difference in which aircraft type you fly since both feature spacious cabins with just 30 seats. Most planes, including the E135 that operated my flight, are arranged in a 1-2 configuration, while those used for intra-Texas routes feature a 1-1 configuration. By comparison, commercial airlines usually squeeze around 40-50 seats on these planes.

All seats offered at least 36 inches of legroom and a comfortable recline. Plus, the jets don't have overhead bins, so there's more headroom and no one was ever reaching over me.

While it doesn't make much of a difference on these planes, you could potentially get a little more space by selecting a seat in the emergency exit row or bulkhead.

The seats were upholstered in grey leather and had a wood trim, adding a touch of luxury to the cabin. Like any other jet, above each seat was a light, call button and a personal air nozzle.

Given that JSX operates relatively short flights, onboard amenities are limited to power outlets, which were located in each row. JSX has plans to roll out fleet-wide Wi-Fi, but that won't be available until the end of 2022. Fortunately, Embraer aircraft have fairly large windows, which helped keep me entertained during the quick flight.

Every aircraft is also equipped with a lavatory. While there aren't any showers onboard, it's a bit more premium than the average airplane bathroom.

There are free snacks and drinks

In every seatback pocket was a printed menu with all of the complimentary drinks on offer. There was a wide selection of beer, wine, spirits, mixers and soft drinks.

All passengers were also able to take their pick from a snack basket. Options for my flight included Veggie Straws and Harvest Snaps, but they're constantly changing. For instance, on a different JSX flight one day prior, I was also offered cookies and cheese crisps. Not bad, considering the flight was just an hour long. And despite the short flight time, the flight attendant came around several times to top off drinks.

From the plane to the curb in minutes

51 minutes later, we touched down at LAX and pulled into a private terminal operated by Signature Flight Support. Checked bags were already waiting for us outside of the aircraft as we were deplaning — no stressful baggage claim area to deal with.

I also appreciated that Uber and Lyft were able to pick riders up directly at the terminal. Meanwhile, at LAX's main terminals, passengers need to take a shuttle to a dedicated pickup area, typically adding at least 15 minutes to your journey.

JSX is not an ordinary airline. It offers the convenience of private jets without the astronomical cost. Between the easier security screening and lack of a conventional baggage claim, I saved at least an hour of time on my journey — which makes a big difference on short flights like this. Couple that with the spacious cabin and free snacks and drinks and you'll be asking yourself why you didn't start flying JSX sooner.

Although it's not yet possible to connect between JSX and other airlines, the addition of LAX to its route network is definitely exciting. The next time I fly a route served by JSX, I would certainly pick it over a commercial airline.