Articles
Zach Honig is Editor-at-Large at TPG, with contributions ranging from articles digging deep on loyalty programs and credit cards to delivery flight coverage to drone photography and much more.
Follow
May 23, 2020
•
12 min read 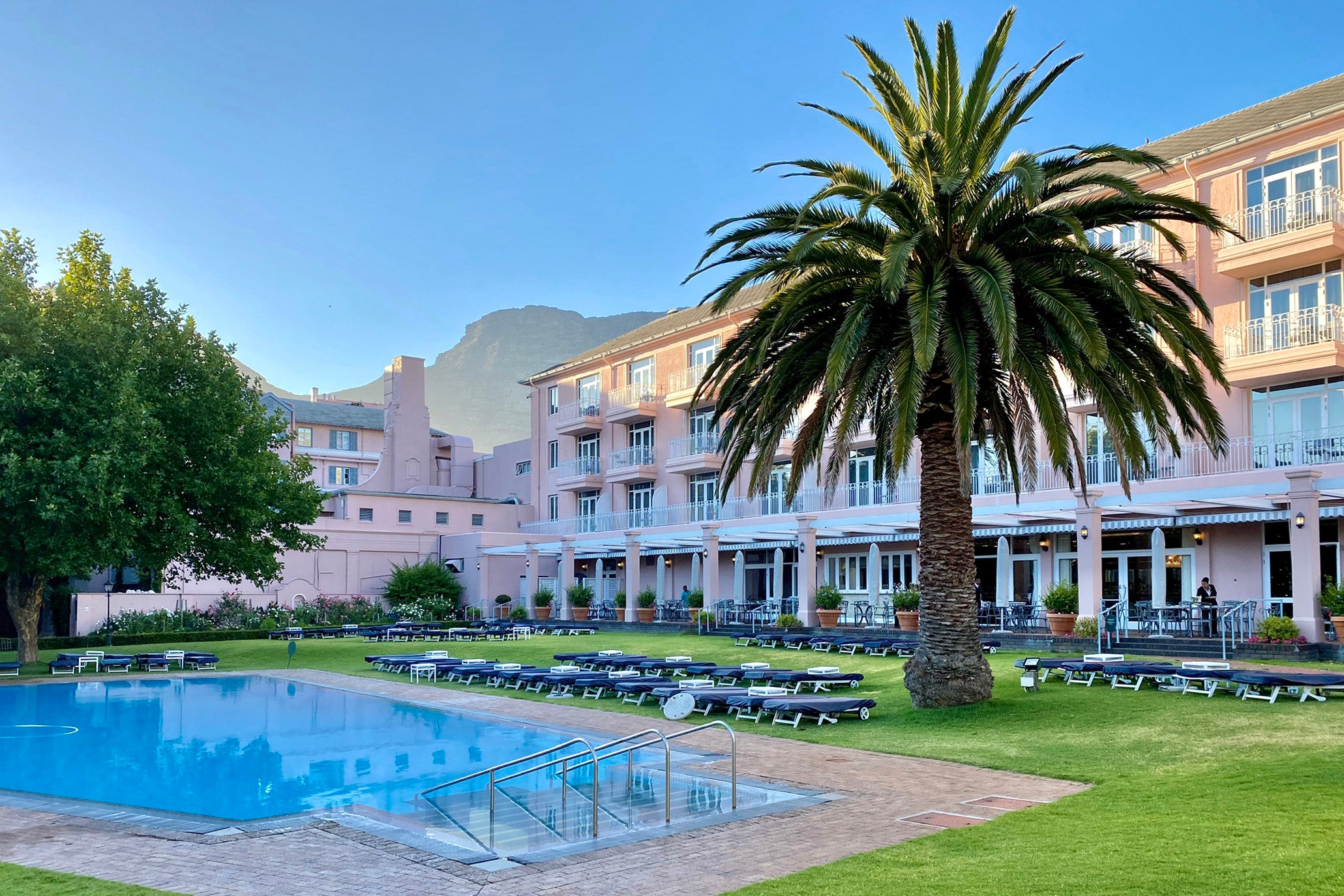 I had never been to South Africa before last year, but I had the privilege of visiting Cape Town twice in 2019 — once for TPG's annual Peace Jam trip, and then for the inaugural United Airlines flight from Newark, a very special addition to the carrier's international network.

On my first visit, the TPG team stayed at the AC Hotel Cape Town Waterfront, a reasonably priced Marriott hotel, which we were able to book for just 15,000 points per night. I was after something a bit more luxurious the second time around — and, with just three nights on the ground, this seemed like the perfect opportunity to maximize Amex's Fine Hotels & Resorts (FHR) program and experience two different hotels, landing me some outstanding perks that even apply to one-night stays.

Although you'll sometimes pay a bit more than what you'll find when booking through other channels, in this case, the rates were almost identical, making FHR the obvious pick.

After tax, we paid just under $350 per night — by no means cheap, but a reasonable rate for a peak-season stay in Cape Town.

Most of my Amex FHR stays have included a general $100 property credit, but the Belmond offered a complimentary dinner for two — a great perk since my father had joined me on the trip. Additionally, because I booked a prepaid stay with The Platinum Card® from American Express, I earned 5x Membership Rewards points, for a total of 3,464 points, worth just under $70, based on TPG's valuations.

Belmond Mount Nelson is near Cape Town's city center, a couple of miles from the Victoria & Alfred (V&A) Waterfront. My dad and I walked around the neighborhood a bit, though you'll probably want to take a car to and from the major attractions, especially if you're headed out at night.

Depending on where you are on the property, the views can be spectacular. I was able to capture some fantastic shots of Table Mountain on a clear day.

With an evening arrival from Newark (EWR), we pulled into the hotel slightly after 7 p.m. and were greeted by a friendly front-desk agent, who processed our check-in right away.

We were only there for a couple of minutes, but the hotel provided a complimentary glass of sparkling wine to pass the time.

I was also handed a voucher, which the representative explained I'd need to bring along for our included dinner.

Most of the rooms are in the main hotel, but we were assigned to a separate building, just a few steps away.

I had booked a base Superior Room. However, we were upgraded to a Deluxe Room -- which included a balcony -- as a standard Amex FHR perk.

I was pleasantly surprised to see a welcome amenity of fresh fruit and sparkling wine. Even as a top elite, it's a rare sight at chain hotels these days.

My dad headed straight out to the balcony to check out the sunset views of Table Mountain.

I knew right away that we had landed on something special — what a treat!

I freshened up for dinner in the large marble bathroom.

There was a separate shower and tub, along with a water closet and double sinks.

After a great first night's sleep, we ventured down to Oasis Bistro for our included full breakfast.

Amex FHR guests can have their pick from the full buffet — about $24 (or 450 South African rand) and can add an à la carte item as well.

The buffet had a large assortment of fresh fruit, yogurt, cereal and a whole lot more.

There was also the largest selection of dried fruit I think I've ever encountered.

The selection of cold cuts was quite generous, as was the cheese assortment.

There were so many delicious baked goods to try, too. We tasted a bunch, and they were all spectacular.

As I mentioned, à la carte items were included in our choices, and there were plenty I would have been more than happy to order.

Given that I had my eye on the bakery selection, I decided to keep things healthy, with a smoked salmon millet bowl.

I got a bit crazier on the second morning, though. The Eggs Royale (with smoked salmon) was divine.

Meanwhile, our Amex FHR voucher covered a four-course dinner at Lord Nelson Restaurant. It's a highly regarded special-occasion spot — and we weren't exactly "wasting" one of our three evenings by dining there.

The restaurant was almost empty, with just two other tables occupied, so we were promptly seated when we arrived.

The voucher covered a four-course fixed menu, which normally runs about $31 (or 595 rand), based on today's significantly more favorable exchange rate. My dad and I decided to pick two dishes from each section and share because we had a hard time narrowing things down.

First, the waiter brought an amuse-bouche, and then the procession of dishes began.

I started with fresh asparagus, which was served with a delicious cashew cream and local greens. It was very refreshing, and an ideal pick, given how much food was still to come. My father had the slightly more substantial ostrich carpaccio, which was served with figs and a prune puree. It was quite tasty, as well.

Next, I had the prawn and mussel bisque — it was a bit heavier than the appetizer, but a manageable portion.

My father opted for the delicious sea trout, which was pan-fried and served with fennel.

For our mains, we shared the fantastic springbok loin, which resembled a venison dish you might find in the States. It was served with a polenta cake, beets and a fermented pear.

We also had a delicate roast sea bass with a spinach crust, which paired well with the masala roasted cauliflower.

For dessert, I opted for the baked Alaska, which was finished tableside — and delicious.

My dad finished his meal with the dark chocolate fondant, served with banana ice cream. It was a truly decadent end to a phenomenal meal.

Opened as the Mount Nelson Hotel in 1899, the modern-day Belmond is easily one of the most famous hotels in Cape Town. From the lobby to the grounds to the elegant Planet Bar, I really loved the traditional feel.

As a walker, I found plenty to explore. Regardless of where you stay, you'll need to venture out to discover some of the amenities.

You'll find the large pool by the main hotel building, near the Oasis Bistro.

I also discovered a smaller pool near the Garden Cottage Suites. Both offer loads of sunshine and Table Mountain views.

The fitness center is across the property in what looked to be a former townhouse.

With all of the delicious breakfast food, plus our elaborate bundled dinner, daily workouts were a must.

From the front-desk staff to the breakfast servers to our friendly waiter at dinner, everyone we interacted with seemed kind-hearted and genuinely invested in us having a pleasant stay. I only wish we had more time on the ground in Cape Town, so I could have experienced the poolside service. and perhaps dropped in for afternoon tea.

When booking with The Platinum Card® from American Express, I have yet to be let down by a single stay reserved through Amex's Fine Hotels & Resorts program, and this was easily one of my most enjoyable yet. As much as I love to try new properties, Belmond Mount Nelson was so special that I can't imagine not returning on my next trip to Cape Town — if only for a night.