Days of Wine and Pineapple: Alaska (737-800) in First Class From Kauai to Oakland 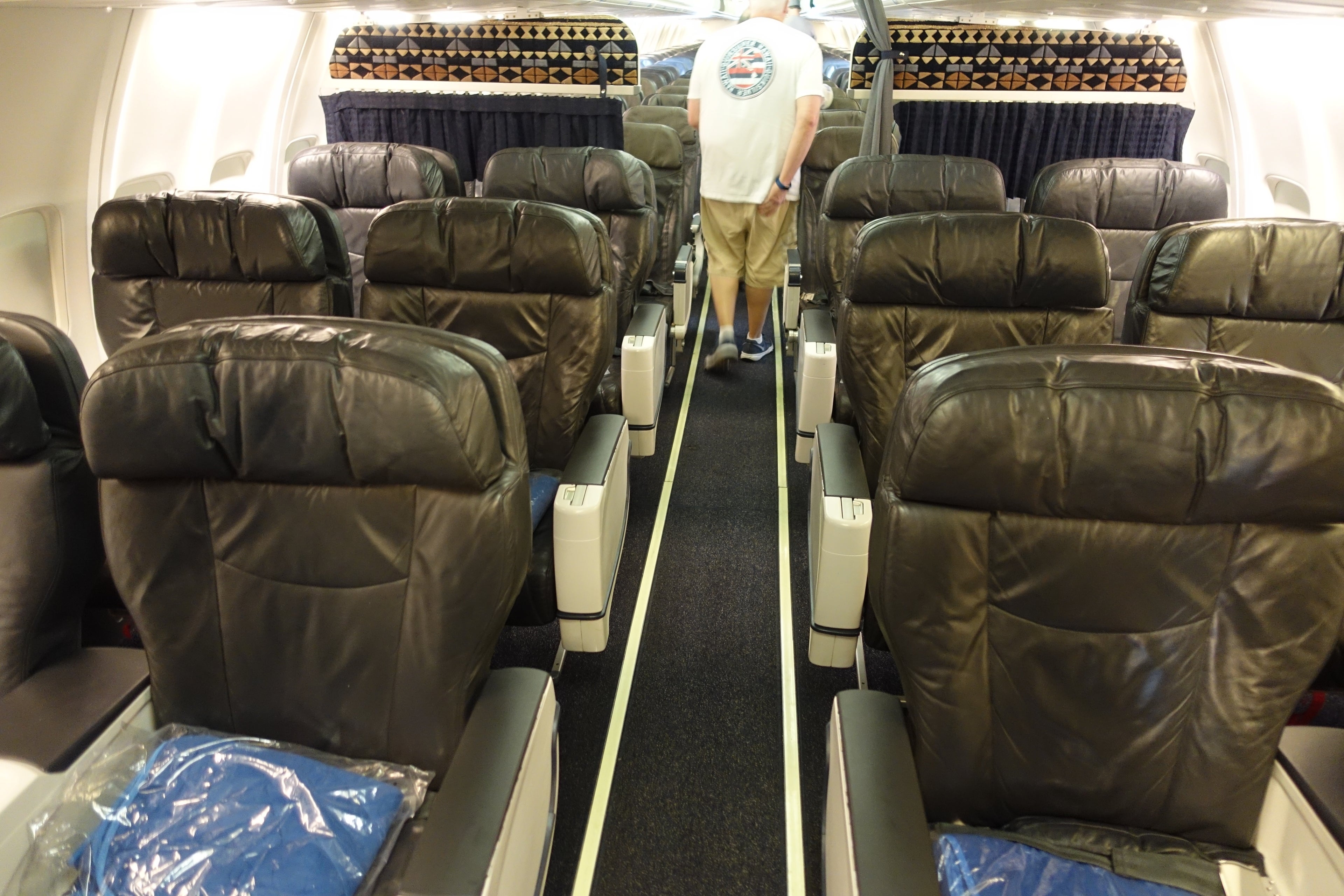 I recently flew my first-ever flight with Alaska Airlines in its economy cabin. I was impressed with the level of comfort, the high-quality food for purchase and the affordable inflight entertainment. So I couldn't wait to try the carrier's first-class product on a recent flight from the Hawaiian island of Kauai to Oakland, California. I rarely fly first class, so when I do, it feels like a treat. Alaska didn't disappoint, making the experience feel a notch above its (in my opinion, superior to other US carriers') economy class with a delectable dinner service and pleasant staff.

I booked this ticket as part of a round-trip, multi-city itinerary that included an outbound segment from San Jose (SJC) to Lihue, Kauai (LIH) in Alaska economy and the return segment from LIH to Oakland (OAK) in Alaska’s first class. The entire itinerary cost $1,113, though if you’re looking to just book a one-way segment in first from Kauai to Oakland, you can expect to pay anywhere from about $550 to over $1,100.

We paid for this ticket with The Platinum Card® from American Express in order to take advantage of the card’s 5x bonus category on airfare booked directly through the airline. We earned a substantial 5,565 Membership Rewards points for this ticket, which are worth about $106 according to TPG’s latest valuations.

If you’d prefer to go the redemption route for this flight, you can expect to pay between 40,000 and 80,000 MileagePlan miles each way, plus minimal taxes and fees. If you’re short on Alaska miles, you could sign up for the Alaska Airlines Visa Signature credit card, which is currently offering a sign-up bonus of 30,000 miles after spending $1,000 within the first 90 days of account opening.

When I arrived at Lihue Airport, the check-in desk and bag drop was completely empty. I gave my name to an agent, she printed out my tags, and I left my suitcase at the bag drop. (First class got two free checked bags.)

Lihue Airport did not have an Alaska lounge, but the Seattle-based carrier says it will be opening additional lounges through 2019 — the highlight of which will be a flagship, 15,000-square-foot first-class lounge in the North Satellite concourse at Seattle-Tacoma Airport (SEA). It's unlikely that LIH is on the list to get an Alaska lounge, but one can hope, right? Regardless, I spent my pre-flight time waiting at the gate of this relatively quiet airport.

Our Boeing 737-800 rolled up to the gate at about 1:45pm. The crew turned the aircraft around in about a half hour, as first class began boarding just before 2:15pm.

First class was the first official group to board the aircraft. The flight was completely full, but the orderly boarding process was completed in a quick 30 minutes, and we pushed back from the gate right on time.

When I got to my seat, 1A, there was a small, cold bottle of water waiting for me, along with a lightweight Alaska-branded quilt.

The first-class cabin had 12 seats configured in a 2-2 layout. Each seat had a roomy 41 inches of pitch, was 21 inches wide and had a power outlet in the center console. I definitely felt the upgrade from economy as I sank into the plush leather seat, which had an enveloping La-Z-Boy comfort to it. As someone who is typically an economy flyer, I savored every extra millimeter of seat width and pitch on the nearly five-hour flight.

Seat 1A was a bulkhead seat, so my personal items had to be stowed in the overhead compartment during takeoff and landing. A bit of a hassle, but it wasn't too bad, because there were specific bulkhead compartments for our smaller items, and flight attendants offered to load and unload my purse.

On its 738s, Alaska offers tablets to stream music, movies and TV shows. In first class, the tablets were complimentary (it would set you back $10 in back). Passengers could also download the Gogo Entertainment app on a personal device. The flight crew noted this had to be done before the plane was over the Pacific Ocean, where it'd lose its Wi-Fi connection.

The movie selection was so-so — there was nothing that I really had been dying to see. I settled on streaming "Ocean’s 8." The tablets could hook onto the aircraft seatbacks, but being in the bulkhead seat, I propped it up on my tray table. I recommend bringing your own headphones, because the provided earbuds had such poor sound quality that it made it hard to understand dialogue. Just note that the tablets are not Bluetooth-compatible, which means your AirPods won't work with them.

Upon takeoff, first-class passengers were given a warm towel to freshen up, and the flight attendant came by to take our drink orders. I went with Alaska’s current red wine selection, a 2012 Broken Earth Reserve cabernet sauvignon from Paso Robles, California, that Alaska said featured “aromatic dark fruits.” It was served with a bowl of warm pecans, almonds and cashews, and it definitely went down easy.

As this was an evening flight, we were served full dinner service, with a selection of snacks after. Dinner started with a mixed green salad, with peppers, radishes and pecans and a dinner roll. The salad was a nice starter — particularly the candied pecans and the rich balsamic vinaigrette.

For the main course, I decided against the penne with pesto and chose the chicken, which came drenched in a delicious, thick gravy and was served with a side of polenta and broccolini.

Dessert was a dense Hawaiian pineapple cake with a coconut glaze and whipped cream. It was absolutely delicious, felt authentically Hawaiian and left me in a warm, sugary stupor for the remainder of the flight.

With me happily watching Sandra Bullock, Cate Blanchett and Rihanna plan a jewel heist at the Met Gala after I ate my syrupy dessert, the flight went by in a flash. In fact, we actually landed in Oakland 20 minutes ahead of schedule at 10:40pm PT, and deplaning was as smooth as my two glasses of the Broken Earth cab sauv.

The first-class cabin is a notable enhancement of Alaska’s already quite comfortable economy product. With a friendly and helpful cabin crew that makes the experience feel special, springing for the first-class ticket would be well worth it on Alaska — especially on flights of five hours or more, which is usually my limit for sitting in economy cabins and staying sane. The meal and drinks were top-notch and left me wanting for nothing. Beware the bulkhead seat, though: It's a minor annoyance to have to stow, un-stow, re-stow your personal item, but on the upside, you do get first crack at your drink and meal orders ... so who can complain?

Featured image by Alaska First class on its Boeing 737. Image by Jessica Puckett / The Points Guy.