Yosemite's 'Firefall' and Other Waterfalls Worth a Visit This Year

Articles
Jordan Allen has produced content for TPG on everything from travel trends to flight deals.
Follow
Feb. 15, 2019
•
4 min read 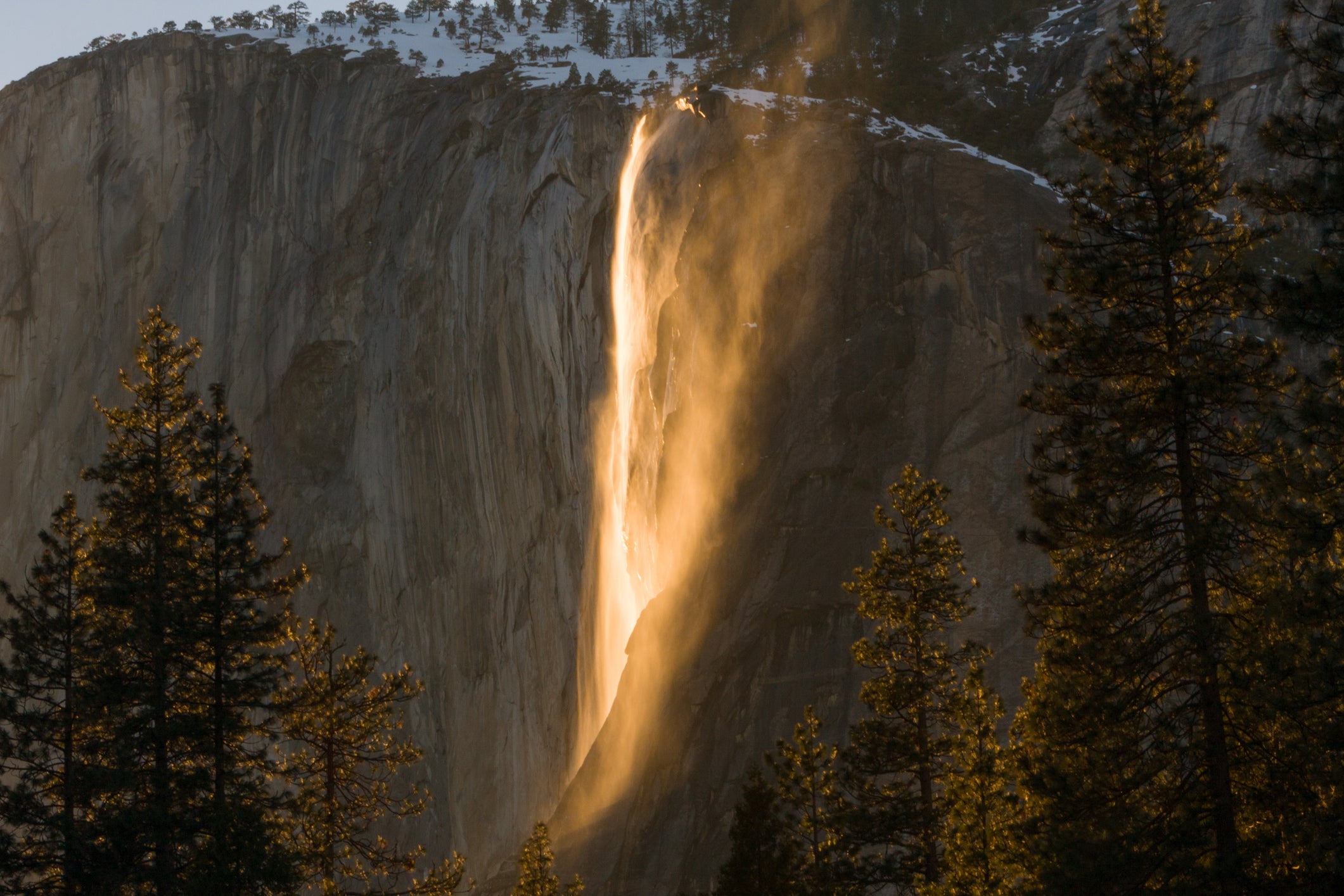 It's back. From now until now through Feb. 24, you can spot the "Firefall" at Yosemite Park.

It's sort of what it sounds like. While not a waterfall made of actual fire (though we admit, that would be pretty cool) the "Firefall" is a temporary effect that occurs to the water at Horsetail Falls in early spring. Located on the eastern edge of El Capitan, the Firefall illusion occurs at sunset when the light reflects on the water causing it to take on an orange, flame-like glow. The illusion is said to peak next week, according to Yosemite National Park spokesperson Jamie Richards. That is if the sky remains clear.

This year park officials have decided to keep Firefall viewing open to the public, so just about anyone can stop by the park and view the natural phenomenon for themselves. However, if you're not one for hikes, be prepared to squint. The nearest parking options are at least a mile away from viewpoints.

If you now find yourself itching to visit a waterfall, here are some other options (not Niagara or Victoria) with a little extra, special something:

Located in Skaftafell in Vatnajökull National Park in Iceland, one if its most distinctive features is perhaps the dark lava columns that surround the cascade. If the peculiar, hexagonal shapes of the columns strike you as familiar, you might have seen the otherwise rare formations at Giant's Causeway in Northern Ireland or by Devil's Tower in Wyoming.

Part of what makes this waterfall so unique is it red rock, Grand Canyon backdrop. Other photos depicting the falls show tiers of blue, travertine pools beneath the falls that visitors can swim in. The pools usually stay at a median temperature of 70 degrees, however, if that's not your style, watching the falls from behind in a cave is also a pretty stellar option.

Multnomah offers an interesting twist on getting up close and personal with waterfalls: a manmade bridge. The second most visited natural recreation site in the Pacific Northwest, this not-so-little-known spot is set in the Columbia River Gorge in Oregon. And, aside from being a stunning sight, it's also ADA accessible.

What's better than one waterfall? Two. This pair of waterfalls can be found at Jasper National Park in Alberta, Canada. Famously powerful (Sunwapta actually translates to "turbulent water" in Stoney language), the falls consist of upper and lower waterfalls that coverage over rocky cliffs. The water also originates from the Athabasca Glacier, giving a naturally blue hue.

Wedged between two rocks, the Tukad Cepung waterfall just might be the most Instagrammable sight on this list. Located just outside of Ubud, Bali, and fairly easy to access, the best time to visit these falls are early in the morning to catch a glimpse of the rising sun peaking between the rocks and falls.

Sat right on the Vietnam/China line, the Ban Gioc-Detian Falls and is currently the fourth largest waterfall along a national border after bigwigs such as Iguazu, Victoria and Niagara Falls. Like Sunwapta, Ban Gioc-Detian is also a package deal with tiers of cascading falls.

In order to visit these falls, you must acquire a police permit, which can be purchased at a station beside the waterfall. After that, you're all clear to enjoy the view of tumbling waters and the signature three-tiered cliff.