Why are fighter jets in the skies over New York City this week?

Articles
Alberto Riva Alberto runs our flight reviews and oversees special projects across several verticals. Previously, he was the managing editor of Vice News and worked at Bloomberg and CNN, where he was constantly trying to convince people to do more stories about airplanes. He speaks Italian, French and Spanish and one day he’ll be better at German.
Follow
Sept. 24, 2019
•
5 min read 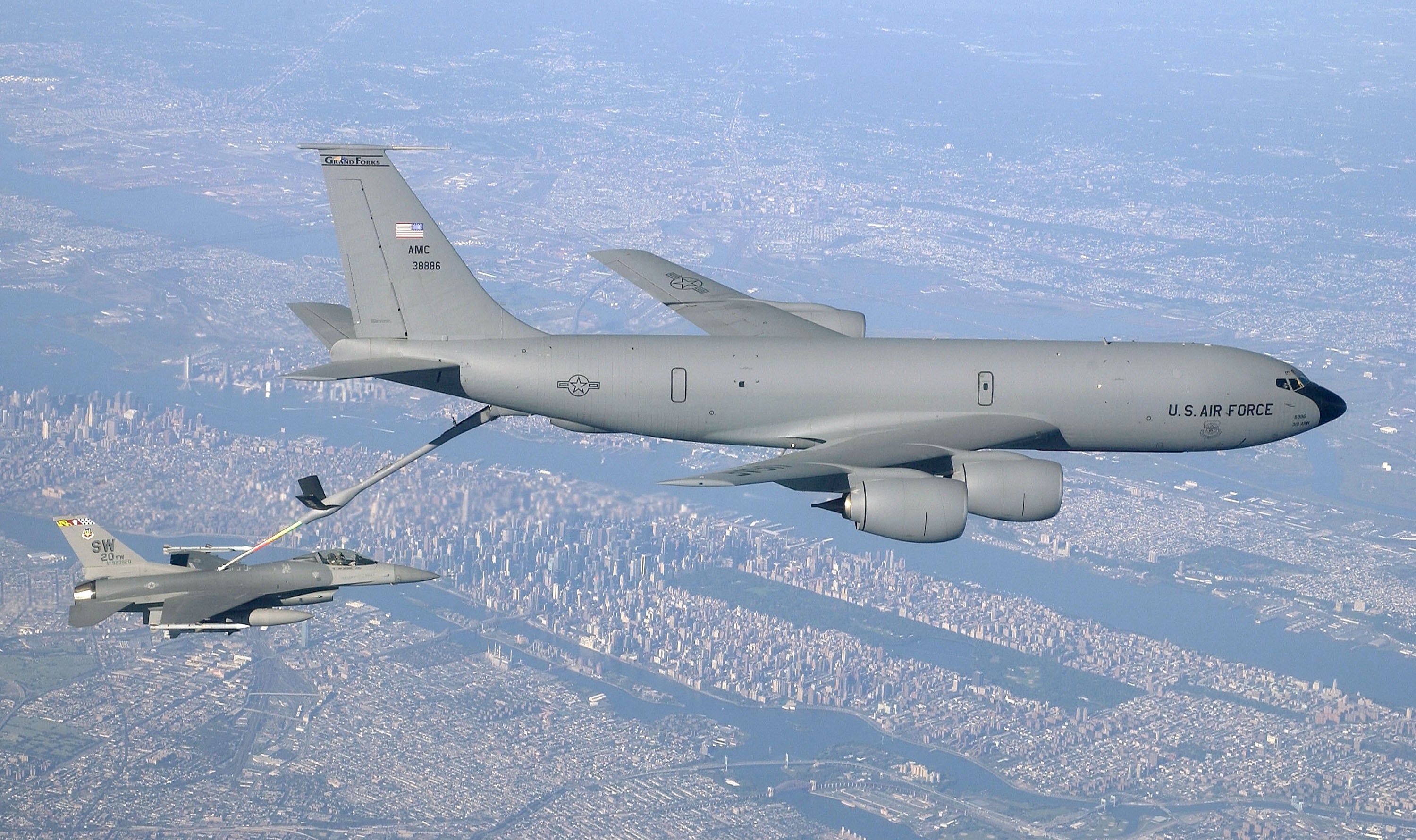 Why are fighter jets in the skies over New York City this week?
This post contains references to products from one or more of our advertisers. We may receive compensation when you click on links to those products. Terms apply to the offers listed on this page. For an explanation of our Advertising Policy, visit this page.

With three major airports in their metropolitan area, New Yorkers are used to hearing jet engines, if they even pay attention to them at all above the other noises of a famously loud city. But this week, they're hearing a different, louder jet noise. It's a persistent rumble coming from up high, deeper-sounding than the everyday jet planes coming and going from LaGuardia, JFK and Newark.

It's the sound made by the US Air Force's F-15 and F-16 jet fighters patrolling the skies over the metropolis while the United Nations General Assembly is in session. The yearly event, which happens every September, brings the leaders of the UN's 193 member nations to New York, which hosts for a few days the highest concentration of powerful people in the world.

Midtown Manhattan, where the UN headquarters and most hotels where national delegations stay are located, becomes during that period the juiciest target imaginable for terrorists. That's where the US government comes in.

From Sept. 21-29, when the leaders are in town, the Federal Aviation Administation restricts the airspace over Midtown; private aircraft, and drones, are not allowed in the area. But there's always the possibility that a plane might stray unwittingly into the restricted zone, or that someone with a less innocent intent may breach it. The job of watching for that goes to the Air Force.

Circling the city at high altitude, the fighters — always flying in pairs — are ready to swoop down and escort any intruders away. (We asked the USAF for more details on the mission, but haven't heard back by the time of publication.)

Jet fighters are relatively small, and the patrols are flown at 24,000 feet or above, so it's very hard to see them with the naked eye. You have a much bigger chance of seeing the air-refueling tankers that keep them in the air by filling them up in flight. At any given time during the patrols, a tanker circles the city waiting for the fighters to periodically come up to it for gas. You can follow it using specialized flight-tracking sites, and with a bit of luck and a big enough lens on your camera, even photograph it.

This was a Boeing KC-135, a military version of the long-retired 707 jetliner, shot while high above Brooklyn on Tuesday morning.

The tanker would spend the morning following a racetrack pattern over the city, and could be followed by the ADS-B Exchange tracking site. (Flight-tracking sites familiar to commercial flyers, like Flightradar24, usually obscure military planes. As for fighters, they are often untrackable on any site.)

The patrols do not interfere with normal commercial flights, at least according to a 2012 statement from the Air Force about a previous UN General Assembly. Checks of flight-tracking sites this week confirmed that planes are taking off from and landing into New York's airports normally, along the usual routes. The fighters also fly at subsonic speeds, so they don't cause sonic booms that would scare people and potentially break windows.

Spotting such unusual activity over New York City is, in fact, not infrequent. In addition to the UN assembly, other events warrant this kind of airborne security.

Since the election of Donald Trump to the presidency, patrols have been flown when he was at his golf club in Bedminster, New Jersey. During his visit to New York in 2015, Pope Francis also got a US Air Force security detail in the sky. And jet fighters could be seen in recent years over the metropolitan area during the Fourth of July holiday, for example in 2017, when an F-16 was photographed while taking gas from a KC-10 tanker.

How much does this cost the taxpayer? According to Department of Defense data, a KC-135 tanker costs about $13,000 per flight hour and an F-16 fighter about $8,000, rounding down to the nearest thousand. So keeping a tanker and two fighters on 24/7 patrol for a week would come out to about $4.9 million. That's assuming no participation by $21,000-per-hour F-15 fighters, which are larger and more complex than F-16s as well as older, which results in more maintenance expenses.

But you don't necessarily need to crane your neck skyward to spot the interesting aircraft coming to town for the UN assembly. World leaders fly into New York on airplanes befitting their status, typically military VIP jets or business jets chartered for the occasion, and they generally land at JFK or Newark. So, if you're flying into those airports this week, keep your eyes peeled, and you just might get to see Air Force One.