Articles
Mike Arnot is the founder of Boarding Pass NYC, a New York-based travel brand and a marketing consultant to airlines. A private pilot, he can sometimes be found above the skies of New York City.
Follow
Oct. 23, 2019
•
4 min read 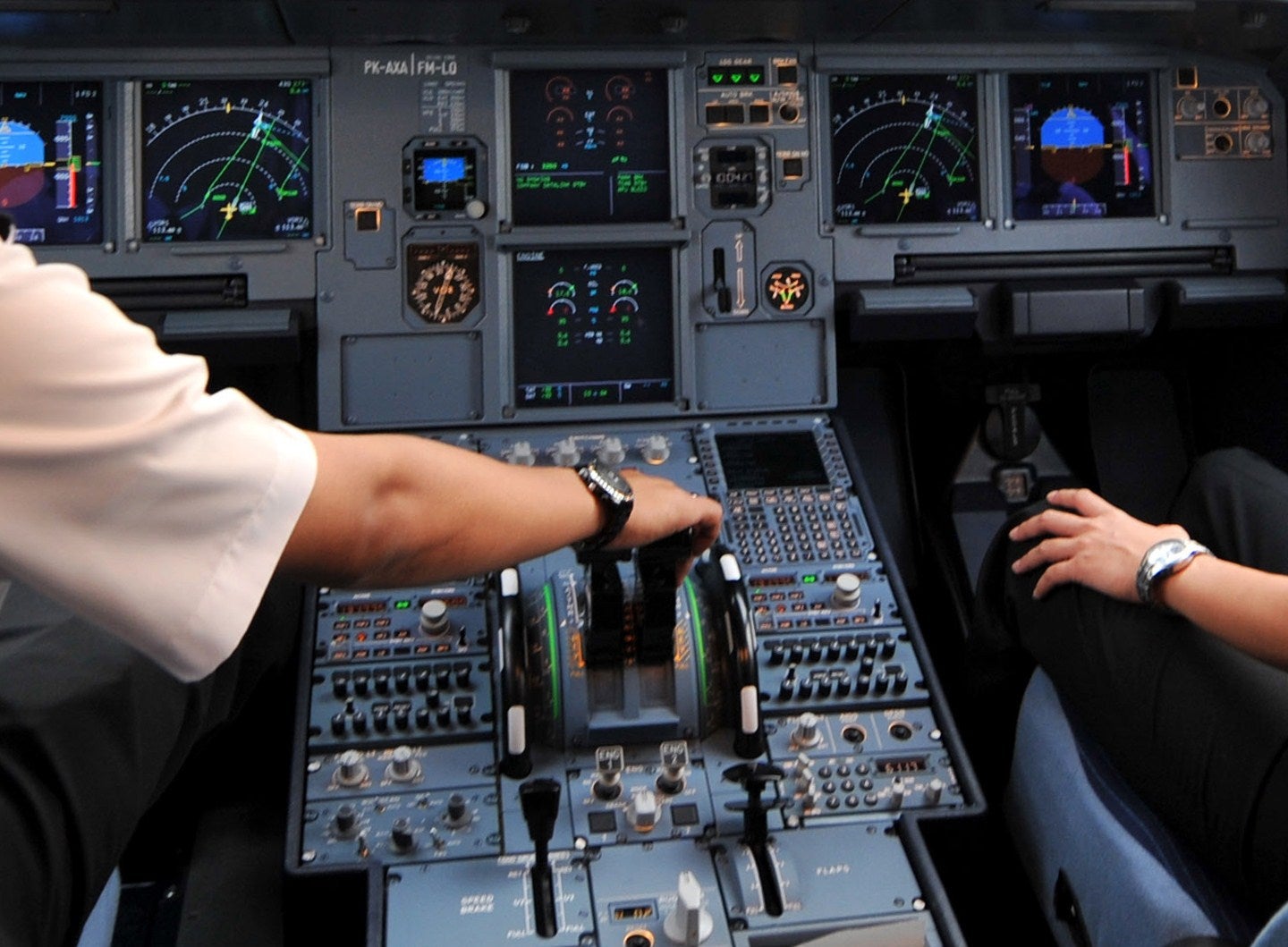 Why Airbus planes sometimes 'bark,' and Boeings don't
This post contains references to products from one or more of our advertisers. We may receive compensation when you click on links to those products. Terms apply to the offers listed on this page. For an explanation of our Advertising Policy, visit this page.

In the video below, filmed by TPG reporter Madison Blancaflor while on the ground in Charlotte waiting to take off to LaGuardia on an American Airlines Airbus A321, you can hear an unusual barking noise.

You may have heard this noise, too, while sitting on the plane at the gate. It definitely sounds like an unhappy barking dog from the floor under your seat. But take heart: It's not an unhappy dog at all, or a dentist performing work in the baggage hold.

What's up with all that? We asked Chris Brady, a long-time Boeing 737 and A320 pilot in Europe, who runs the popular Boeing 737 Technical Site and Facebook page.

Where does the barking dog noise come from?

Brady explained that the A320 family has three independent hydraulic systems. The hydraulic systems are normally pressurized by pumps. For redundancy, the aircraft has alternative ways to pressurize those systems, including electric pumps, a ram air turbine (a little propeller that drops out of the side of the fuselage if needed) and the Power Transfer Unit (PTU).

It's the PTU that makes the barking noise. It transfers hydraulic pressure from one of the systems to the other when there is a measurable pressure difference, 500 psi. between the two. When the pressure drops, the PTU kicks in. The PTU is located near the main landing gear, and that's why passengers can hear the noise seemingly coming from mid-way down the aisle, under the floor.

The barking happens most frequently at the gate and taxi, where most aircraft will run only one engine to save fuel. With one engine off, that engine doesn't provide power the pump to provide hydraulic pressure in one of the systems. The PTU balances the hydraulic pressure between the two hydraulic systems, and goes on and off as it does so.

Enter the Saint Bernard. Or the drilling noise.

"We don’t actually hear this noise from the flight deck but, like the rest of the public, we do hear it if we are traveling in the cabin as a passenger. It seems to come from under the cabin floor near the wings and you hear it as the engines are starting and sometimes again when taxiing in," Brady explained.

The A320 has a pronounced dog bark or drill, but Airbus came up with a solution to dampen the sound with their A320neo, particularly when it was discovered that newly-delivered planes barked even louder that previous models. Now, you don't really hear the noise. Said Brady: "The pumps within the PTU and hydraulic lines now have two additional hydraulic dampers, one near the engines and the other near the wing root. This eliminates the barking-dog noise."

The Boeing 737 and its Boeing brethren don't bark. Quite simply, their hydraulic systems differ from the Airbus. While they still have a PTU, Boeing aircraft have two independent hydraulic systems and a standby. The PTU kicks in to provide hydraulic pressure if the pressure in the two main systems drops, and only if the aircraft is airborne. In addition, the PTU powers hydraulics in the slats and therefore less systems than the A320 family. The result? No dachshunds.

On Airbuses, the barking can sometimes be heard in the air, as well, which is guaranteed to freak out some passengers. In the video below, because it occurred on takeoff, it could be a difference in pressure on the retraction of the landing gear.

Now, for the real controversy.

Is that noise a bark, a pneumatic drill or a dentist's drill? And if it's a dog, what kind of dog?