I've seen a musical a month since September; here's what it's like to visit Broadway now

Articles
Melissa Klurman is a travel reporter and the winner of a Lowell Thomas Gold Award for travel writing.
Follow
June 03, 2022
•
8 min read 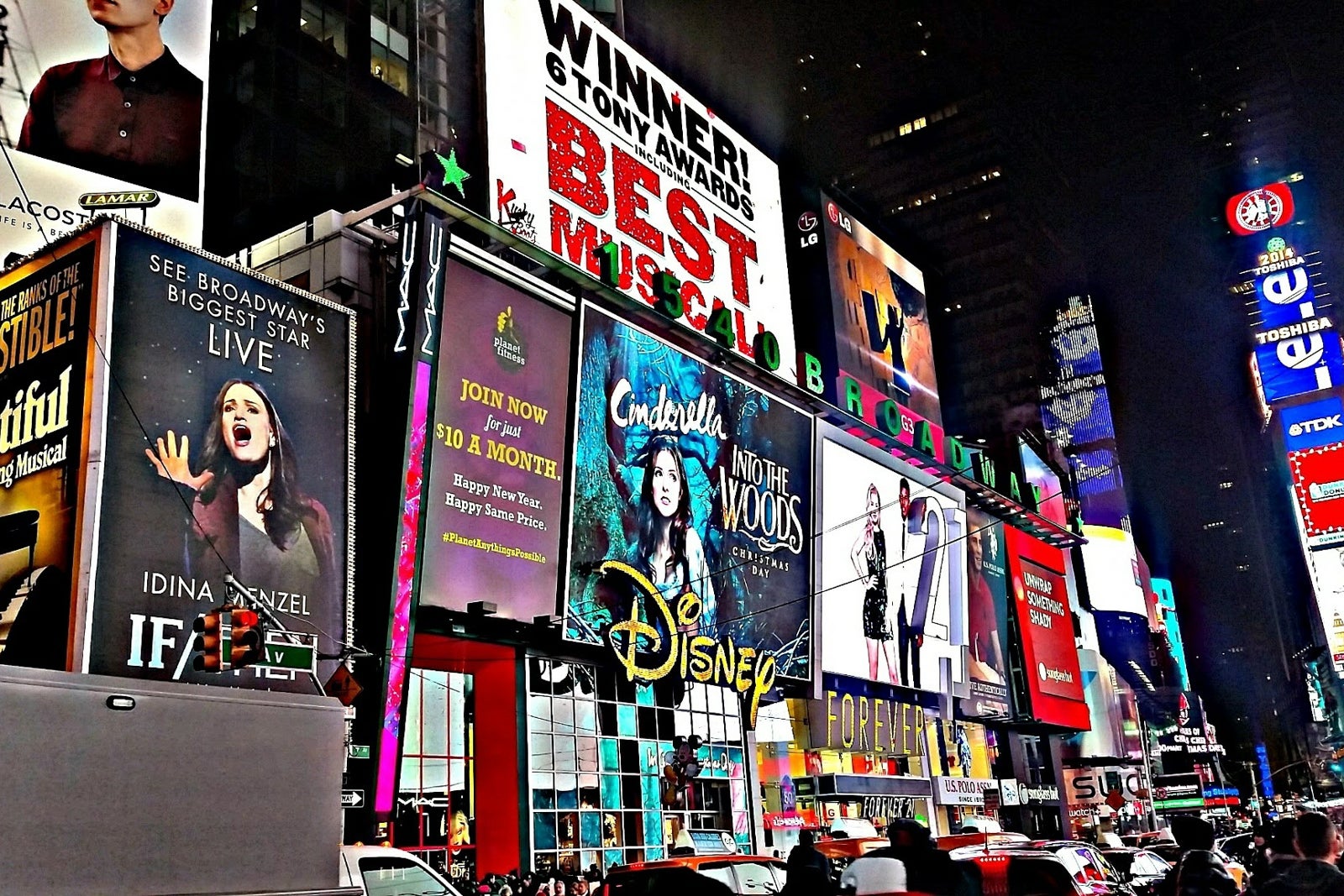 In the days prior to the pandemic, I was a casual Broadway theatergoer, usually buying tickets to one musical a year; a few more "serious" downtown options filled out my social card.

However, after sitting at home for more than a year, I found I really missed the company of live theater — the orchestra, the costumes, the intricate sets. Most importantly, though, I missed the audience of other like-minded people along for the same 360-degree sensory ride that comes from attending a musical on the Great White Way.

So, when Broadway reopened in the fall, I made my way to the front of the line to see a show. After that first show, "Come From Away," with its COVID-19 safety protocols and emotional embrace, I simply had to book tickets for another show. And then another. And another. When the Tony Award nominations were announced (the award show will be held on June 12), I realized had seen almost every nominee. I had attended a musical every month since September.

It’s not just the tippity-tappity version of life on stage that draws me in (although it is a very easy way to forget about the problems of the world for two hours), but also the safe COVID-19 safety protocols. Up until April 30, proof of vaccination was required to enter any Broadway theater, as was mandatory masking. The mask policy remains. I have felt much, much less exposed in a theater than any time I’ve flown during the same time period. When the U.S. dropped transportation mask mandates in April, I flew home from London on an almost maskless flight that left me pretty sure I was sick (I wasn't). The next week I went to see "Tina — The Tina Turner Musical," and everyone there wore a mask. I felt comfortable bringing my nearly 80-year-old mother, who had been nervous about going to a show, and we loved the experience. "This feels much safer than flying," she told me.

While protocols continue to evolve (more on that below), one thing hasn't changed: A night on Broadway surrounded by people taking the same journey can completely transport you — almost like travel does.

If you're thinking about visiting New York City this summer, or if you’re local and want a night out, here are some insights and tips for enjoying Broadway right now.

Currently, masks are required at all Broadway theaters, and that mandate will be in place through the end of June. At that point, protocols will be reassessed but might not change. Vaccine requirements have been dropped at almost all shows (which, to be honest, I miss), although a few theaters have extended their requirements. So, check before you go.

Broadway theaters have "COVID-19 compliance officers" who come through the audience with large "Mask up!" signs. Although you can lower your mask to eat or drink, if you leave it down for an extended period you can expect someone to wave a sign in your direction. If you don't follow directions, the compliance officer will come over and directly ask you to raise your mask. I saw this happen numerous times at a midweek performance of "The Lion King" (which was filled with adults, by the way, not children). If you're really intent on not wearing your mask, you may get some feedback from actors (who perform unmasked and are thus completely exposed). This happened at one showing of "Company" when a theatergoer, who refused to put on a mask and was rude to the compliance officer, got an earful from Broadway legend Patti LuPone.

What to see now

If you're reading this before the Tony Awards, you still have an opportunity to snag great seats before crowds descend on the winners. Although there's never a sure way to predict who will come out on top in a voting contest, it's safe to say that the most popular shows -- including "The Music Man" and the incredibly popular "Six" -- have a good shot at top prizes. "Six" is a quick-moving pop musical about the six wives of Henry VIII. Clocking in at just 90 minutes with no intermission, it's a good choice for anyone who's not sure if they're ready to sit through a long show. It's also one of my top picks for newbie theatergoers — especially teens, tweens and anyone who likes loud rock -- because this one's just pure fun.

A few revivals top the nominations, and they have recognizable names on stage that lure crowds. These include "The Music Man," starring "Wolverine's" Hugh Jackman and "Younger's" Sutton Foster; "Company," with a standout performance by LuPone; and "Funny Girl," with "Booksmart's" Beanie Feldstein in the lead. In my opinion, the latter is the best show of the season, thanks to its incredible staging.

One show — which isn't new this year but still resonates — is "Come From Away." It's a true story about the town of Gander in northern Canada, which offered refuge to stranded planes and passengers during 9/11. As we have just passed the 20-year mark of the 9/11 attacks, the show's themes of compassion and finding the light in the darkest of places are even more relevant.

This was the first live performance I saw since Broadway reopened, and to say it was emotional would be an understatement. I started to cry as soon as the cast came on stage — I was so happy to be back in the world again. I wasn't the only one overcome with emotion. The audience cheered for so long (and so loudly) when the actors first came on stage that the cast had to pause, applaud the audience's enthusiasm and then take their places again. Chills.

Getting tickets without going broke

If there's one aspect of Broadway I don't like, it's the premium seats at highly elevated prices (we're talking a thousand dollars for two tickets to "The Music Man"). I enjoy live theater, but I would also rather save that kind of money for, say, a ticket to Paris.

However, if you'd like to see a show, there are plenty of more affordable options. Most charge around $99 for tickets (to be fair, there are tickets in that price range for "The Music Man," just not anywhere near the stage). To get better prices, I choose shows that aren't pushing hard with big-name stars. For example, I loved a recent trip to see "Little Shop of Horrors," which plays at the Westside Theatre — a venue with just 550 seats. Prices top out at $99, and there are often discounts. Plus, there's not really a bad seat in the house, even in the "cheap section." (Bonus dining tip: Right around the corner you'll fine Tim Ho Wan, a branch of the Michelin-starred Singapore dim sum chain where dishes top out at about $10.)

If you're flexible and don't mind waiting until the last minute to find tickets, you can also "rush" (which means waiting at the box office for available last-minute discount seats). For "The Music Man," this costs $49. If you're okay with standing, the most popular shows, including "Company," offer back-of-orchestra standing tickets for about $79. I'm also a fan of the Lucky Seat lottery — a website where you can enter to win heavily discounted tickets for some of the most popular shows on Broadway a few days in advance. It takes some perseverance, but I have gotten lucky with this service. And don't forget the tried-and-true New York City experience of going to the TKTS booth in the middle of Times Square, which really makes you feel like you're in the heart of the city.

I saw a show every month from September to April, and each one has lifted my spirits and brought me great joy. I've equally enjoyed "classics" like "The Lion King" (talk about monumental sets and memorable music!), revivals such as "Company" and new shows including "Six."

Come check out a show — it's a great way to support the arts and New York City, and you might just find a new love for musicals, as I did.

Featured image by (Photo by alanamckinney7/Twenty20)
Editorial disclaimer: Opinions expressed here are the author’s alone, not those of any bank, credit card issuer, airline or hotel chain, and have not been reviewed, approved or otherwise endorsed by any of these entities.