What It Takes to Get a Plane Ready Between Flights

Articles
Howard Slutsken lives in beautiful Vancouver, BC, and loves to hang out at airports and fly just about anything - especially gliders. He's a frequent contributor to many aviation publications and websites.
Follow
July 12, 2018
•
7 min read 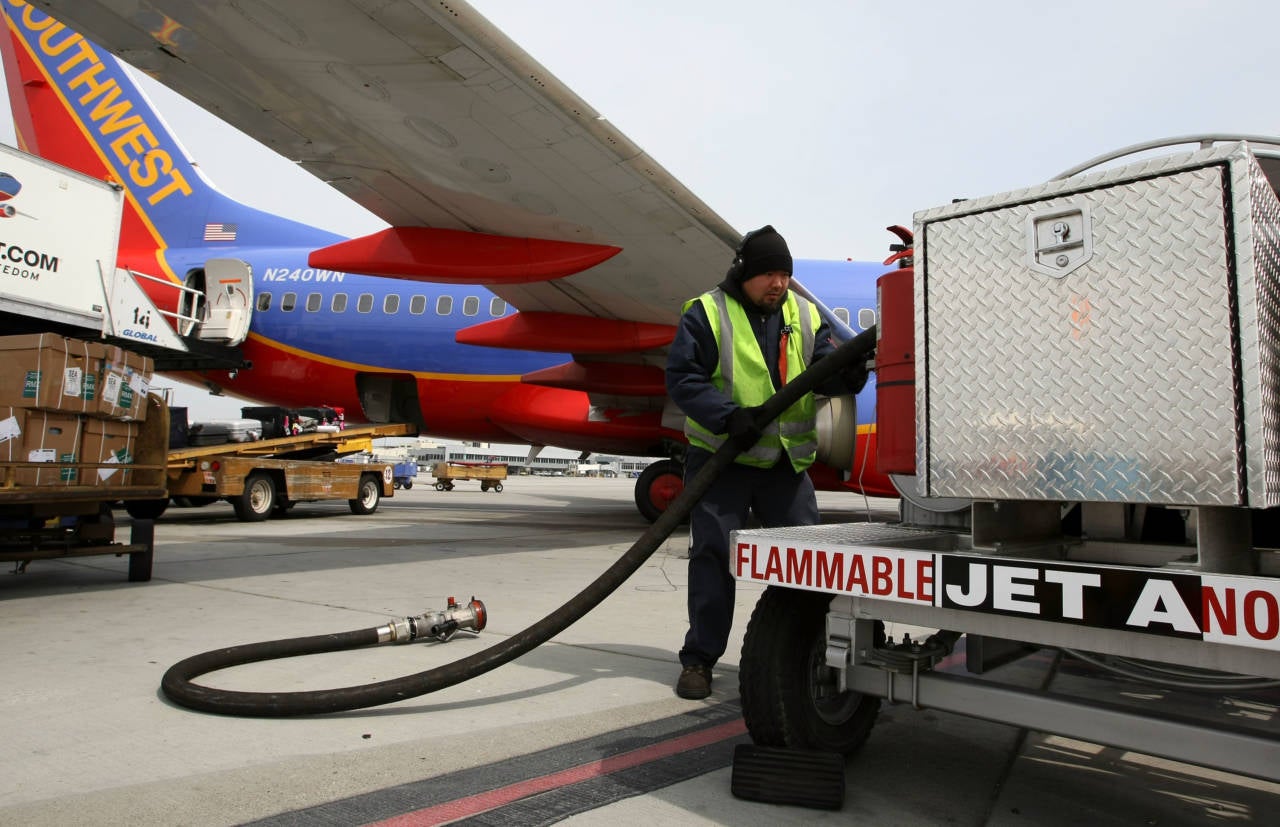 What It Takes to Get a Plane Ready Between Flights
This post contains references to products from one or more of our advertisers. We may receive compensation when you click on links to those products. Terms apply to the offers listed on this page. For an explanation of our Advertising Policy, visit this page.

That’s why the time from landing to takeoff is an efficiently choreographed dance of people and equipment. Known as a turnaround, or “turn” in industry parlance, it’s an airline’s version of a Formula One or NASCAR pit stop. The goal is to get an airliner back in the air as quickly as possible.

Early in its operation, Southwest Airlines was legendary for incredibly fast turnarounds.

“Our history with the ‘turn’ dates back to the early 1970s,” Southwest spokesperson Dan Landson told TPG. “At one point we had four airplanes but were forced to sell one when we couldn’t make payroll. After we sold the aircraft, we decided to keep the same schedule for maximum efficiencies, and that became known as the ‘10-minute turn.’ Our plane would land, pull up to the gate, and it would be pushing back 10 minutes later.”

Now, with hundreds of Boeing 737s in its fleet, Southwest averages about 35 minutes for a turnaround.

No matter the airline, the "turn" starts soon after the aircraft lands and begins to taxi to a gate or remote parking stand. The pilots follow instructions from ground and ramp control to find their way from the runway to the terminal. But before the plane even lands, the team on the ramp pre-positions ground equipment, catering is prepared at the airline’s flight kitchens, and a host of people start the process of ensuring everything is ready to quickly turn the flight.

If you’ve watched as your plane taxiies to the gate, you’ve seen the ramp team guiding the pilots. The plane’s nosewheel will stop on a painted line that positions the cabin door at the right spot for the passenger-loading bridge. Some terminals have a lead-in light system that shows the pilots when the plane is in the right position, while the ramp crew monitors the safe approach of the aircraft.

Once stopped, the ground crew put chocks around the landing gear to keep the plane from accidentally rolling out of position.

To keep the plane’s electrical systems running, a large ground-power cable is connected from the terminal’s power supply or a mobile generator, or the aircraft’s auxiliary power unit, also known as APU, is kept running. The APU is a small jet engine in the plane’s tail cone that generates power and conditioned air. On many planes, you can see its exhaust in the tail.

But to save jet fuel, the APU is often shut down. So you’ll see a big flexible yellow hose coming from a truck- or terminal-mounted air conditioning unit to blow warm or cold air into the cabin.

The jet bridge, stairs or a ramp is mated to the cabin door, the passengers shove their way off the plane, and then the fun really begins on the ramp.

“Completing a turn is a true team sport,” Landson said. “There are more than 100 different tasks that have to be completed before the aircraft can depart. Every piece of ‘the turn’ has to go as planned or there could be a delay.”

On single-aisle planes, like A320s and 737s, belt loaders are positioned by the forward and aft baggage holds, the doors are opened, and the baggage and cargo are off-loaded.

On larger aircraft, 767-sized and up, everything is containerized. You’ll see an ungainly-looking, purpose-built machine roll up to the hold. The operator will open the door, and then use a joystick to activate powered rollers on the cargo hold floor to off-load aluminum pods filled with bags, and cargo pallets. The pod-loader also has powered wheels and lifting platforms to move the pods to and from the ramp. If the turn is short, the ramp crew will begin the baggage and cargo onload as soon as the offload is finished.

Meanwhile, catering trucks nose in tightly beside the fuselage and carefully rise on scissor-lifts to the level of the cabin doors. Used catering carts are removed, and new ones are rolled into labelled positions in the galleys. Depending on the length of the turnaround, anything from simple tidy-up to an extensive cleaning preps the cabin for the next flight.

Although it might not happen on every turn, the plane’s water tanks are refilled, and the lavatory waste tank is emptied.

Refueling doesn’t always happen on every turnaround, either. That decision can be based on the passenger load and the length of the next flight, the cost of fuel at a particular airport, and the time it would take to refuel the plane.

The airline’s operations team would have determined the optimal fuel upload. But as with all safety-of-flight issues, the final decision rests with the captain, who might decide to add more fuel in case of bad weather, ATC delays, or a potential diversion.

While all this is happening on the ramp, the airline’s gate agents are getting the passengers ready to board.

Once everyone’s belted into their seats, and the bags and cargo are loaded, and all doors are closed, the aircraft tug does its work, pushing the plane back from the gate.

There are two kinds of tugs: One pushes the plane with a tow bar attached to the nose gear, and the other cradles the nose gear in a special mechanism and lifts it up. That’s called a “wheel-lift” tug, and it can quickly hook up and move a plane.

With engines started, the plane begins to taxi to the active runway. The ramp crew might wave at the pilots and passengers, or perhaps bow, showing their respect to the departing flight.

Southwest’s “rampies” have their own unique ways of celebrating a flight’s departure, according to Landson.

“We have an agent in Milwaukee that does a final walk around with gloves that say ‘Thanks for Flying SWA, come back and see us.’ We’ve also seen ramp agents write signs to tell our Customers thanks for flying Southwest. At the end of the day, we encourage everyone to take their jobs seriously but not themselves. We want people to have fun no matter what job they are doing. After all, if they’re happy, our Customers are happy.”

And if anyone is happy, it’s Kyran Ashford, one of Southwest’s rampies in Rochester, New York, whose “pushback dance” has gone viral on YouTube.